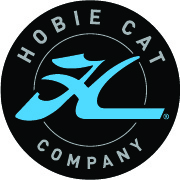 The Hobie Cat Company are reuniting all facets of the brand under one roof again, for the first time in 40 years. Previously the company had been split under three separate entities, but the company says they are uniting in order to “continue its strong track record for product innovation while opening new doors for corporate partnerships and growth.”

Press Release: More than 40 years after a corporate separation splintered ownership of the Hobie brand among three separate entities, Hobie Cat Company today announced it has reunited all facets of the iconic watersports brand under one sole ownership.  The ownership consolidation enables Hobie to continue its strong track record for product innovation while opening new doors for corporate partnerships and growth.

“At long last this iconic American brand has been reunited under one roof in Southern California, where it all began in 1950,” said Doug Skidmore, President, Hobie Cat Company.  “Hobie Cat is looking forward to partnering with some of the world’s great companies and brands and remains committed to creativity, the finest quality, and the wonderful spirit that Hobie Alter has embodied for tens of millions of customers, fans and communities throughout these last six decades.”

Founded over 65 years ago by the legendary Hobie L. Alter (1933-2014), Hobie has established a legacy of innovation and superior engineering across a broad range of aquatic products while being instrumental in shaping the early development of the Southern California surf culture. Alter, through his outlook and gift of innovation, started a revolution which blends independence, the sun, the water and the beach defined by many as “the Hobie way of life.”

“With the legendary and iconic brand at long last together again, Hobie Cat Company maintains its commitment to the values Hobie Alter created and to the legacy of the products he carved into the sand at Dana Point so many years ago,” said Skidmore.

From the surfboard to the Hobie Cat sailboat, to polarized sunglasses, to the worlds’ leading Mirage touring and fishing kayaks, to stand up paddleboards, Hobie is the choice for all walks of life—from the Louisiana bayou fisherman to the Hollywood star.

Hobie shaped a culture that is now embraced across the globe.  Today, there are many worldwide companies, resorts, and major film makers that present the image of a Hobie in order to relay the concept of their own culture.

From Laguna Beach, CA to Kapalua Bay, Maui to the shores of St. Tropez, France tens of millions of fans and customers worldwide count some of their best memories and adventures as those involving a Hobie.