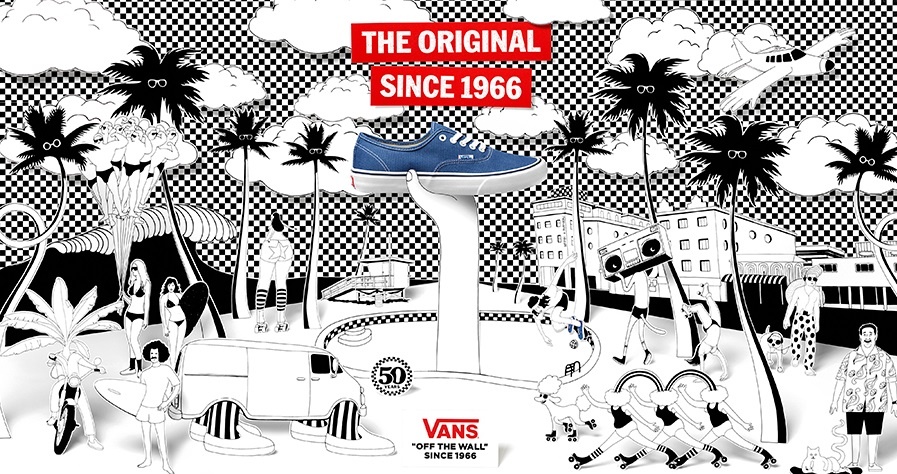 The new Vans campaign ‘The story of Vans’ highlights Vans icons and coincides with their worldwide House of Vans anniversary celebration to mark their 50th birthday.

Press Release: Vans, the original action sports footwear and apparel brand, announced the global launch of The Story of Vans on this historic day, Vans’ 50th anniversary. On March 16, 1966 Vans opened in Anaheim, Calif. as a small family-owned brand with big dreams. 50 years later, the Van Doren spirit lives on as one of the largest youth culture brands in the world, fostering a culture of creative expression through action sports, art, music and street culture. Vans commemorates its rich heritage with The Story of Vans series – a visual campaign that is truly the first of its kind – combining a mix of artistic methods to highlight iconic moments from the brand’s 50-year history. 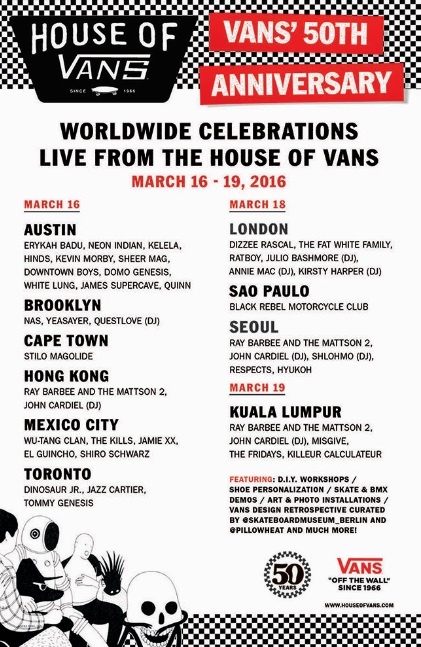 “It’s an exciting day for Vans as we embark on a new chapter in our history and celebrate 50 ‘Off The Wall’ years of actively supporting and enabling creative expression. We also look to the future as we introduce progressive platforms and product innovation that consumers around the world expect from Vans,” said Kevin Bailey, Vans and VF Action Sports President. “The Story of Vans exemplifies the milestones that have made Vans the unique brand it is today and the inventive composition of the campaign allows us to bring those moments to life through an interactive experience at the House of Vans worldwide.”

Always original, Vans introduces a campaign that is innately imaginative and one-of-a-kind in honor of its 50th anniversary. The Story of Vansblends diverse animation methods to create one distinctive visual treatment in a groundbreaking campaign that illustrates the brand’s origins inaction sports, art, music and fashion. In a never before seen combination of techniques, The Story of Vans uses forced perspective drawings, traditional cell animation, paper cut outs and timeless Vans footwear, which are all stop motion animated in an intricately choreographed celebration of the brand. Directed by Reza Resoli from Pet Gorilla, The Story of Vans is brought to life through whimsical black and white illustrations by French artists Mrzyk & Moriceau and a soundtrack produced by music house Beta Petrol, who brought together different musical collaborators ranging from Tortoise’s John Herndon to Wayne Kramer from the MC5. The campaign is made up of a series of five short stories, one which tells the journey of the Vans brand, and four additional spots that emphasize Vans’ core forms of creative expression and define the mantra of living “Off The Wall.”

Each story is narrated by a renowned individual and long-time Vans enthusiast. Professional skateboarder and historian of the sport, Jeff Grosso, voices the leading story while iconic skateboarding legend Tony Alva speaks to his own history with the brand in the action sports short. Artist and musician Ray Barbee, Chuck D of Public Enemy and fashion icon and actress Chloe Sevigny lend their vocals for the art, music and fashion shorts, respectively. Visit www.vans.com to watch The Story of Vans and share your own Vans story using #since66. 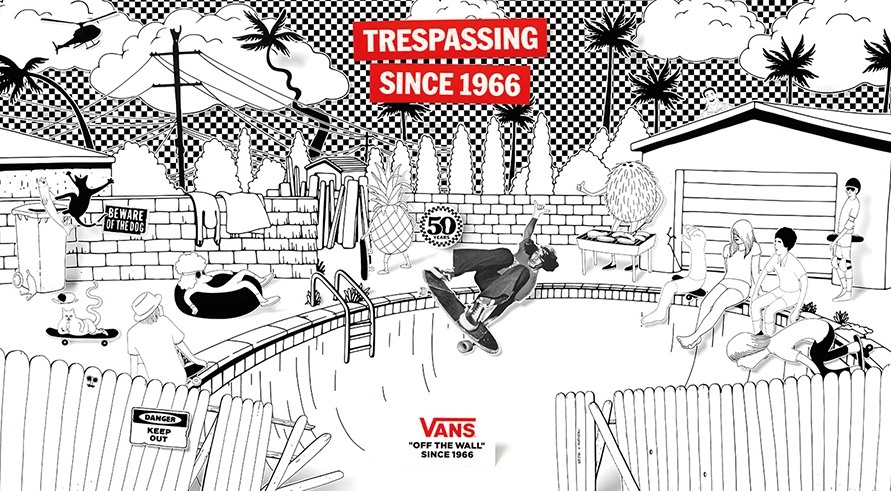 The ultimate culmination of TheStory of Vans campaign and Vans’ 50-year legacy will come to life at 10 House of Vans locations across the globe starting tonight.  From New York to London to Hong Kong, guests of the House of Vans will immerse themselves into The Story of Vans. The engaging environment of each House of Vans event will include D.I.Y workshops, shoe personalization, a retrospective look at Vans’ history and curated musical performances featuring Nas, Dinosaur Jr., Wu-Tang Clan, The Kills, Erykah Badu, Jamie xx, Dizzee Rascal, Yeasayer, Shlohmo and more. Vans skateboarding legends and professional athletes will also be in attendance for skate demos and signings.

Vans is honored to celebrate 50 extraordinary years alongside the extended Vans family that have made the brand what it is today. To get in on the House of Vans action and to learn more about the experience visit www.houseofvans.com.

The Van Doren Rubber Company opened for business in 1966 manufacturing deck shoes on its premises and selling them directly to the public. Vans’ rugged make-up and rubber sole made them the perfect companion for skateboarding and they were quickly adopted by the rising subculture. These humble beginnings led to a 50-year history of “Off The Wall” moments in action sports, art, music and street culture rendering a simple pair of canvas shoes into a platform for creative expression around the world. 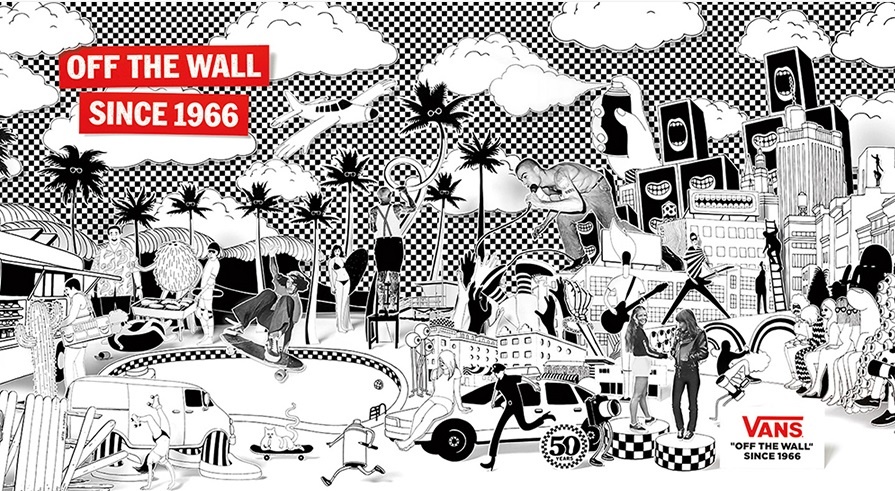 Next
elooa Snowboard Camp In Asssociation With Nitro