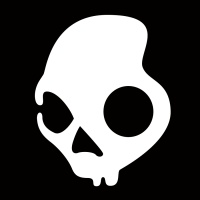 Skullcandy is to be acquired by global consumer technology company, Incipio for $177 million, or $5.75 per share.

Press Release: Skullcandy, Inc. (NASDAQ: SKUL), which creates world-class audio experiences through its Skullcandy® and Astro Gaming® brands, and Incipio LLC, a leading global consumer technology solutions platform, jointly announced today that they have entered into a definitive merger agreement pursuant to which Incipio has agreed to acquire Skullcandy. Under the terms of the definitive merger agreement, Incipio will pay $5.75 per share in cash, or a total of approximately $177 million.The purchase price represents approximately a 29% premium over Skullcandy’s closing share price on June 22, 2016, and approximately a 49% premium over the 90-day, volume-weighted average price. Excluding Skullcandy’s cash, cash equivalents and short-term investments of $46 million as of March 31, 2016, the enterprise value of $131 million represents a 59% premium over the enterprise value on June 22, 2016.

Andy Fathollahi, CEO and Founder of Incipio, stated, “We have long admired Skullcandy’s culture of innovation and ability to create pioneering audio experiences with quality and style. Skullcandy and Astro amplify our dynamic mix of products and brands, while bolstering the technical and operational capabilities that serve as the foundation of our platform. The team at Skullcandy and its international presence will also allow us to accelerate the global impact of our multi-brand offense.”

Hoby Darling, Skullcandy, Inc. President and CEO commented, “We are excited to be joining forces with Incipio Group as we believe it’s in the best interests of Skullcandy and our shareholders. The combination of our two companies allows us to better serve our consumers and retailers with focused, best-in-class products in multiple categories. We share a common culture, vision and commitment to driving innovation and this merger will allow our two teams to amplify their efforts going forward. Also, importantly, we remain deeply committed to our teams, retail partners, ambassadors and community. Those things are all part of our DNA as a company born on the mountains in Park City for Skullcandy and in the technology and gaming hub of San Francisco for Astro.”

The transaction will be financed primarily through a new senior credit facility with Monroe Capital Advisors, LLC and Wells Fargo Bank, N.A. The transaction is not subject to a financing condition.

Under the terms of the definitive merger agreement, an affiliate of Incipio will commence a cash tender offer to acquire Skullcandy’s outstanding shares of common stock for $5.75 per share, net to each holder in cash. Following receipt of required regulatory approvals and the satisfaction of other customary closing conditions, and after such time as all shares tendered in the tender offer are accepted for payment, the definitive merger agreement provides for the parties to effect, as promptly as practicable, a merger which would result in all shares not tendered in the tender offer being converted into the right to receive $5.75 per share in cash. The transaction has been approved by Skullcandy’s and Incipio’s boards of directors and is expected to close in the third quarter of 2016.

The definitive merger agreement provides for a “go-shop” period until July 23, 2016, during which time Skullcandy’s board of directors, together with its financial and legal advisors, may actively solicit alternative proposals from third parties to acquire Skullcandy. There can be no assurances that this process will result in a superior transaction. After July 23, 2016, Skullcandy must cease all existing discussions and may not solicit or participate in any additional discussions with third parties regarding alternative proposals, subject to certain exceptions.