As the 2017 surf season kicked off in Australia the World Surf League started the new campaign without former CEO, Paul Speaker. Speaker served the company through its transition from the ASP to its current WSL moniker and even though he came in for some criticism during his tenure, the transformation professional surfing’s elite platform went through under his was watch was impressive.

As the WSL turns a new chapter, SOURCE thought it high time we got up to speed with their evolution. The WSL’s VP of Communications, Dave Prodan has been at the company for 11 seasons and we spoke with him to see what’s next for the WSL. We talk Kelly Slater’s Wave Pool, discuss the change of involvement from endemic surf brands as tour sponsors, the WSL & the Olympics and much more. Interview by Harry Mitchell Thompson. 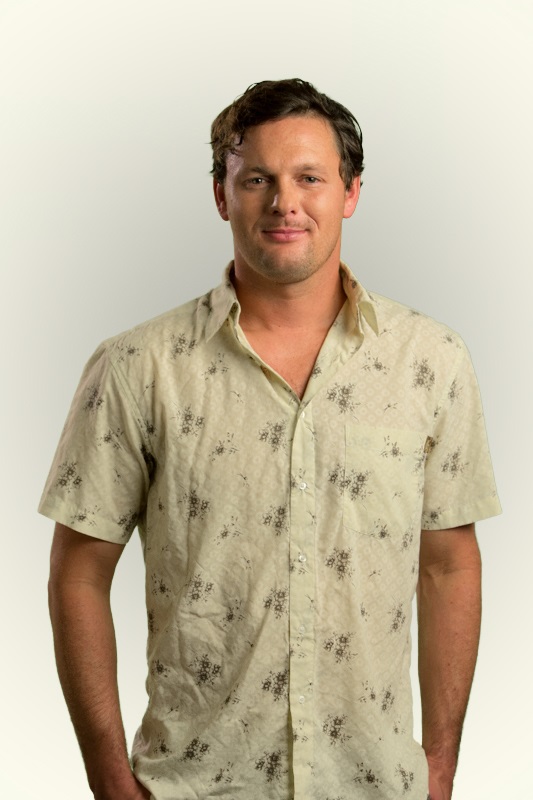 Former CEO, Paul Speaker didn’t have the best reputation with core surf media, but despite not being a surfer’s favourite, he did implement some pretty significant operational changes to the WSL and the broadcast platform. Did Speaker have a number of goals he set out to achieve and left after doing so?
I wouldn’t speak for Paul, but I think his achievement of converging all the previously-disparate mechanisms of professional surfing – sponsorship, marketing, content, communications, broadcast, event production, athlete servicing, etc. – under a singular ASP/WSL banner changed the sport in an unprecedented way. Combined with the acquisitions of the Big Wave Tour, the Big Wave Awards and the Kelly Slater Wave Company, the ASP/WSL is in an excellent position to commence the next chapter for the sport and community of surfing.

Could you give us some info on who the replacement for Paul Speaker will be? We understand it’s Zosea (WSL parent company)’s Dirk Ziff to serve as interim CEO – do you have concrete plans for the long term?
Dirk Ziff is currently serving as Interim CEO for the WSL while an active search for the company’s next CEO is well underway.

There’s been an influx of staff from outside the surf industry since the ASP was acquired and turned to the WSL. How has this changed the dynamic, daily operations and the overall feel of the company?
As someone who is commencing their 12th season with the ASP/WSL, the balance of having employees with years of institutional knowledge working alongside top-of-class individuals from outside of surfing has been really enjoyable and essential to the sport’s growth. Both groups are able to learn from one another with a singular goal – champion the world’s best surfing.

How has the ASP/WSL’s relationship with endemic surf brands changed in your time there?
In my opinion, the biggest change for the endemic brands has been transitioning from event licensees to event sponsors. As event licensees, in the pre-acquisition era, the brands were spending a considerable amount of money activating their respective events across a broken and disparate platform. Today, as event sponsors their spend has decreased while their return is considerably higher due to the evolution of the sport and platform. I wouldn’t speak for them, but the long-term endemic partners we’ve had at the CT level – Rip Curl, Quiksilver, Billabong, Vans and Hurley – all seem to have positive relationships with the WSL. Additionally, they’ve been very supportive and able to harmonize with a number of new traditionally non-endemic brands that have entered the sport in recent years – Samsung, Jeep, AirBnb, Corona, Swatch, Target, etc.

What exactly are the WSL looking for in terms of title sponsors of not only the tour, but individual events? If you can’t talk figures, then please could you talk strategy and the type of companies the WSL would like to attract.
Editor’s note: this interview is from SOURCE Issue 86 and was printed prior to the announcement of the partnership between Outerknown & the WSL.
I’m not in a position to outline our entire revenue model for the company, but (like all parts of the WSL) it continues to evolve. Building off the balance of endemic and non-endemic brands in terms of title and presenting sponsorship of tours and events as well as media partnerships will have a considerable role for the model in future years.

What is the WSL’s plan with man made waves? Can we expect to see a CT stop at a KS Wave Pool, or maybe a QT stop?
The KSWC accomplished something revolutionary when they dropped their initial edit in December 2015. Since then, their technology continues to evolve and the WSL is excited about the potential applications of this in future. For now, the primary site in Lemoore – the Surf Ranch – remains a high-performance testing facility. Watch this space though…

With surfing now in the Olympics, one of the main objectives must be to ensure the mainstream understands what’s going on in heats with regards to priority, scoring etc. We’ve heard some interesting ideas for a split commentary, one which caters for the in-the-know surfer and then a different one for those new to the sport… Or a 15 min WSL video piece that explains surfing, heat setups, scoring, priority etc and all a newbie surf enthusiast would need to know before tuning into a broadcast?
This is a good point to raise and one that the WSL acknowledges it needs to improve upon. We don’t do enough to welcome fans to the sport, to educate and on-board them. I think there’s been this myth in the surfing world (that pre-dates the WSL) that if you create something for new fans, it will turn off core fans – and vice versa. I don’t buy that. I think if you create engaging content (or marketing or product or stories) and it’s educational and helpful, everyone benefits. This is something we need to build on in the coming years.

The ISA are debuting their national champs this spring in Biarritz. Can we expect the WSL to follow suit with an International Championships, and what would its format look like?
At its core, from a product philosophy standpoint, the WSL is about creating a platform for the world’s best surfing. Our former President, Wayne “Rabbit” Bartholomew, put it simply to me the first time I met him: “What we do is take the best surfers we can find, put them in the best waves we can find, and that’s a formula to create something spectacular.” The world’s best surfing happens on the elite Championship Tour. Equally important to this equation are the development tiers – the Pro Juniors and the Qualifying Series – and our ability to encourage and matriculate world-class surfing through the system. Within those development tiers, we have our regional champions and I don’t see that changing to a national champions focus in the near future. However, as with everything in the sport, ensuring that we’re delivering the best possible product to our surfers, fans and partners means constant refinement.

Working across surf, skate and snowboarding, it’s interesting to see how the snowboard industry looks at the WSL and dream of having a unified platform/association for broadcasting and running events, and people in the surf industry look to snowboarding and the precedent it’s set by already being an Olympic sport. Inside the WSL, which sports/tours do you look at as potential models for the future of the WSL?
Surfing, in and of itself, is a unique sport and culture. We have the most dynamic field of play in all of sports – the ocean – and it has developed individuals, communities, industries, organizations and innovation uniquely special within the world of sport and entertainment. That said, our modelling case studies run the gamut of international and national sports, team and individual sports as well as non-sport entertainment properties.

Can you tell us any more about the selection process for the Olympics and how involved will the WSL be in the organisational and operational side of things?
The WSL is working closely with the IOC and the ISA in determining the selection process for the 2020 Olympic Games. The collective goal is to ensure the world’s best surfers from the Championship Tour are represented and have the opportunity to represent their countries. We’re all very excited about the opportunity that the Olympic platform presents for the surfing community at large.

Finally, what are your views on the European surf community?
I believe in the “if you build it, they will come” philosophy. We’ve seen it in Brazil and we’re now seeing it in Europe. The investment and infrastructure that the European boardsports community – retailers, companies, organizations, etc. – has put in place over the past several years laid the foundation for young European surfers to come through the ranks and make an impact on the world stage. In 2017 alone, we have Johanne Defay, Pauline Ado, Frederico Morais, Joan Duru, Leonardo Fioravanti and Jeremy Flores all competing for the WSL Title. It’s a testament to the support and commitment the European community has given them in recent years and one that will benefit from the elevated global platform found at the World Surf League. It’s a platform that is the sum of the parts, where informally or formally every component of the surf community contributes to it. We’re all in this together. 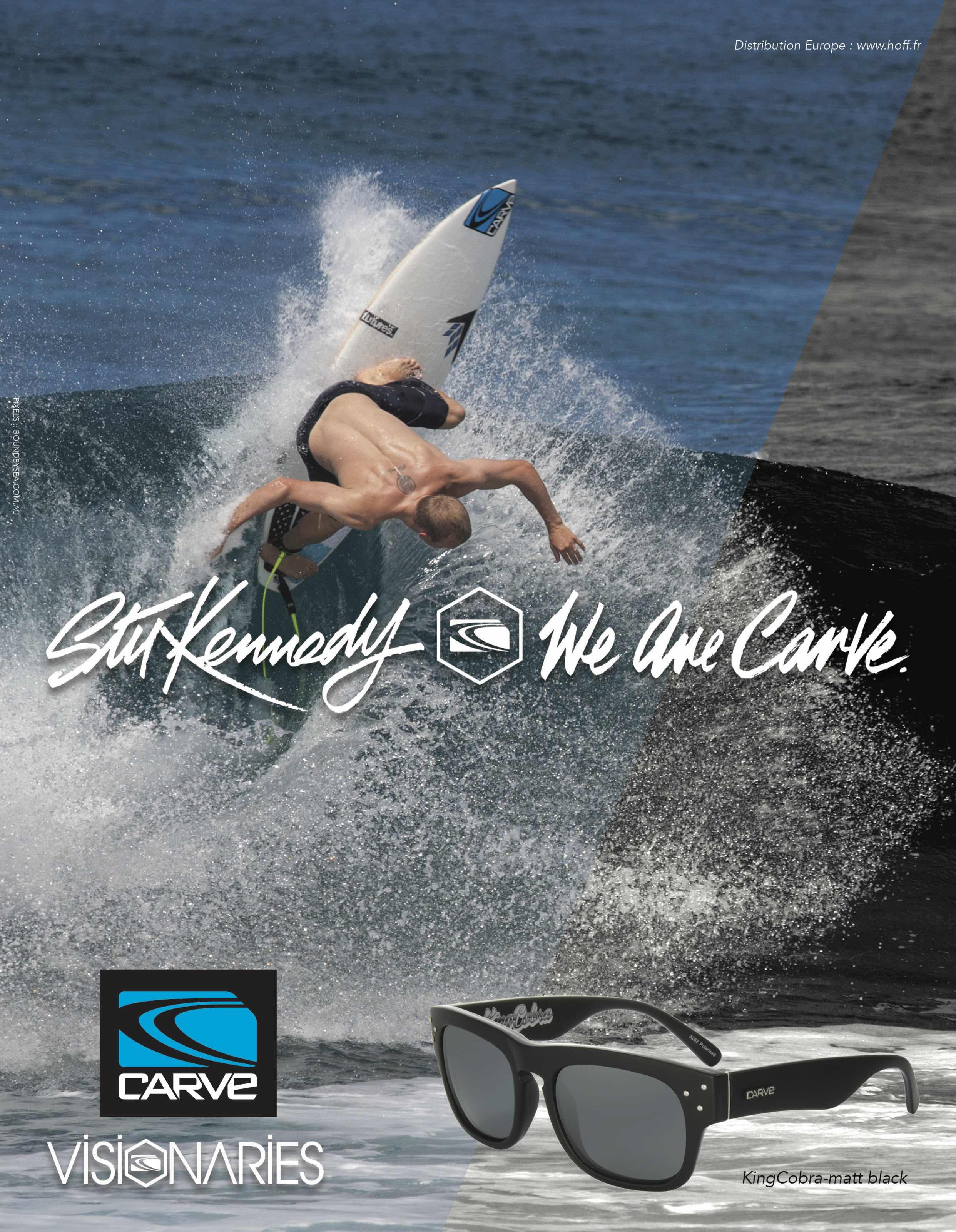 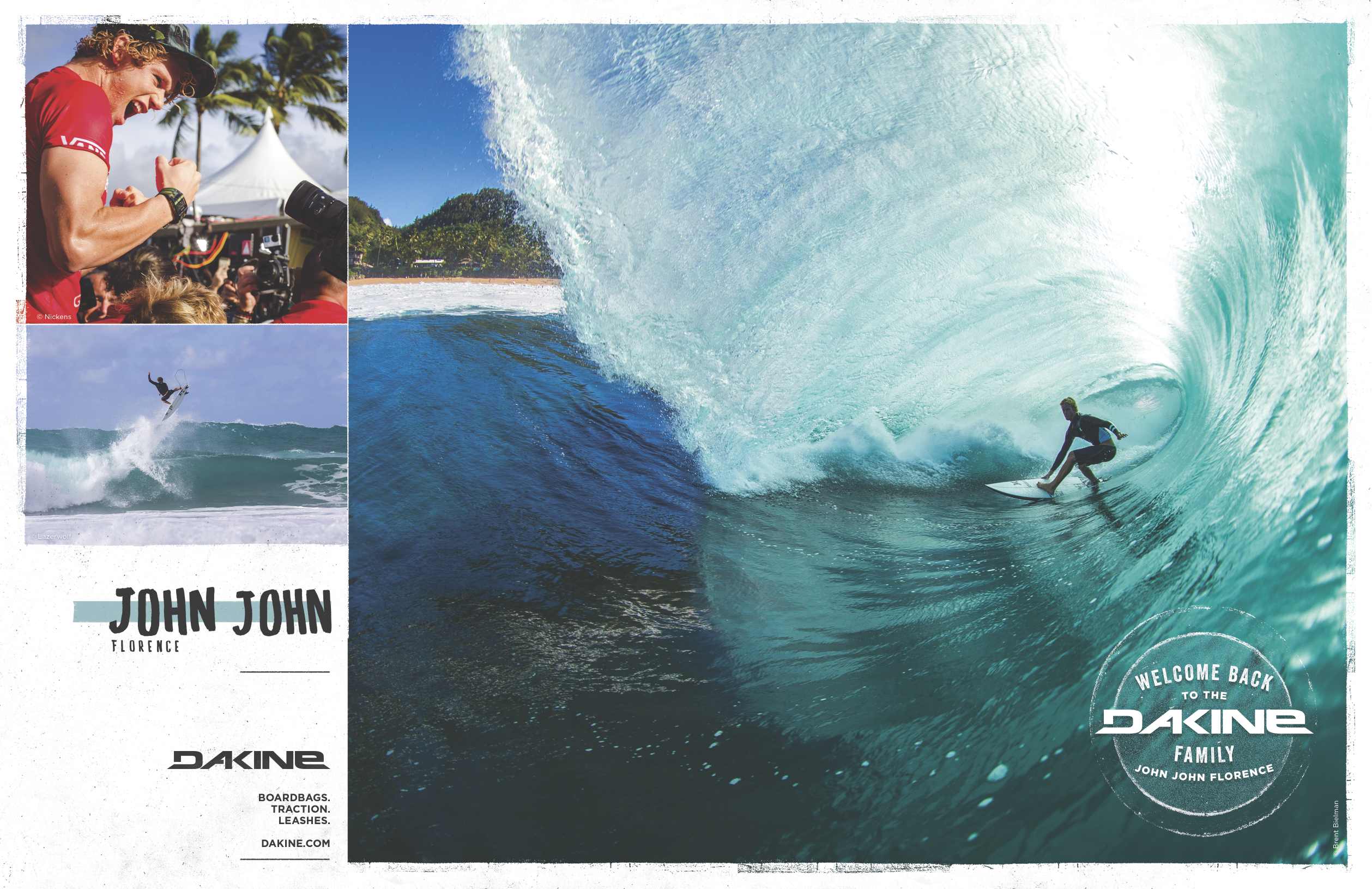 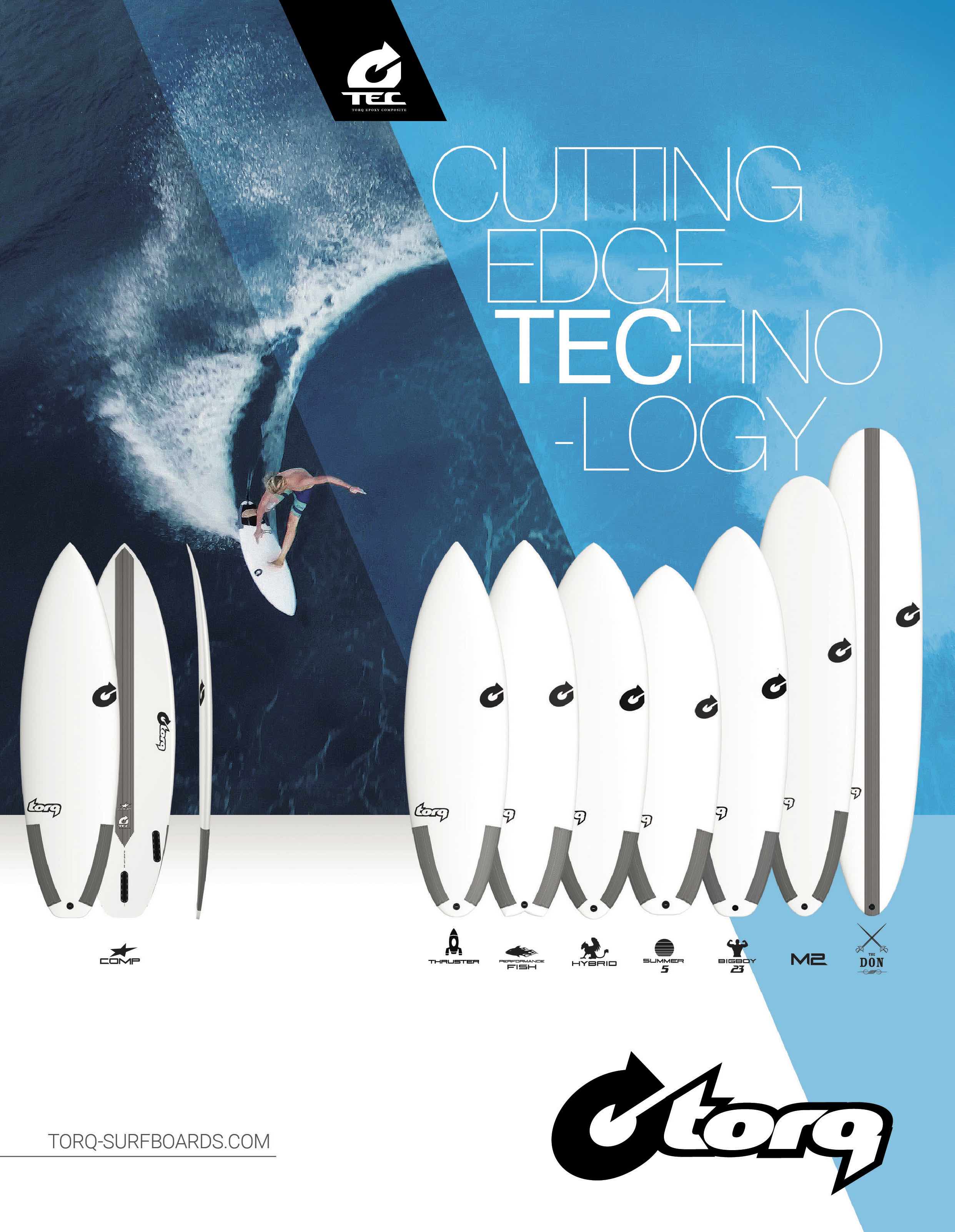 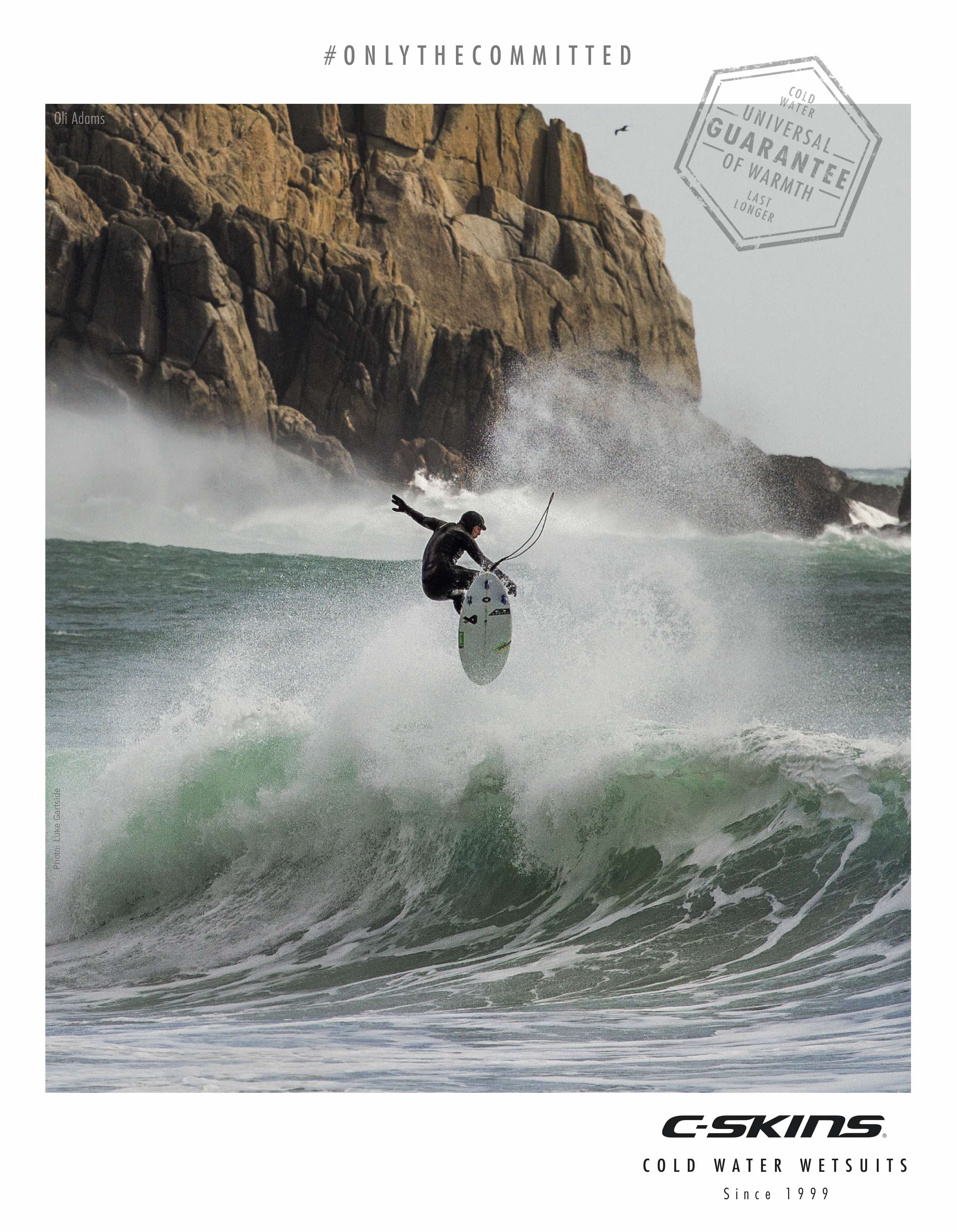 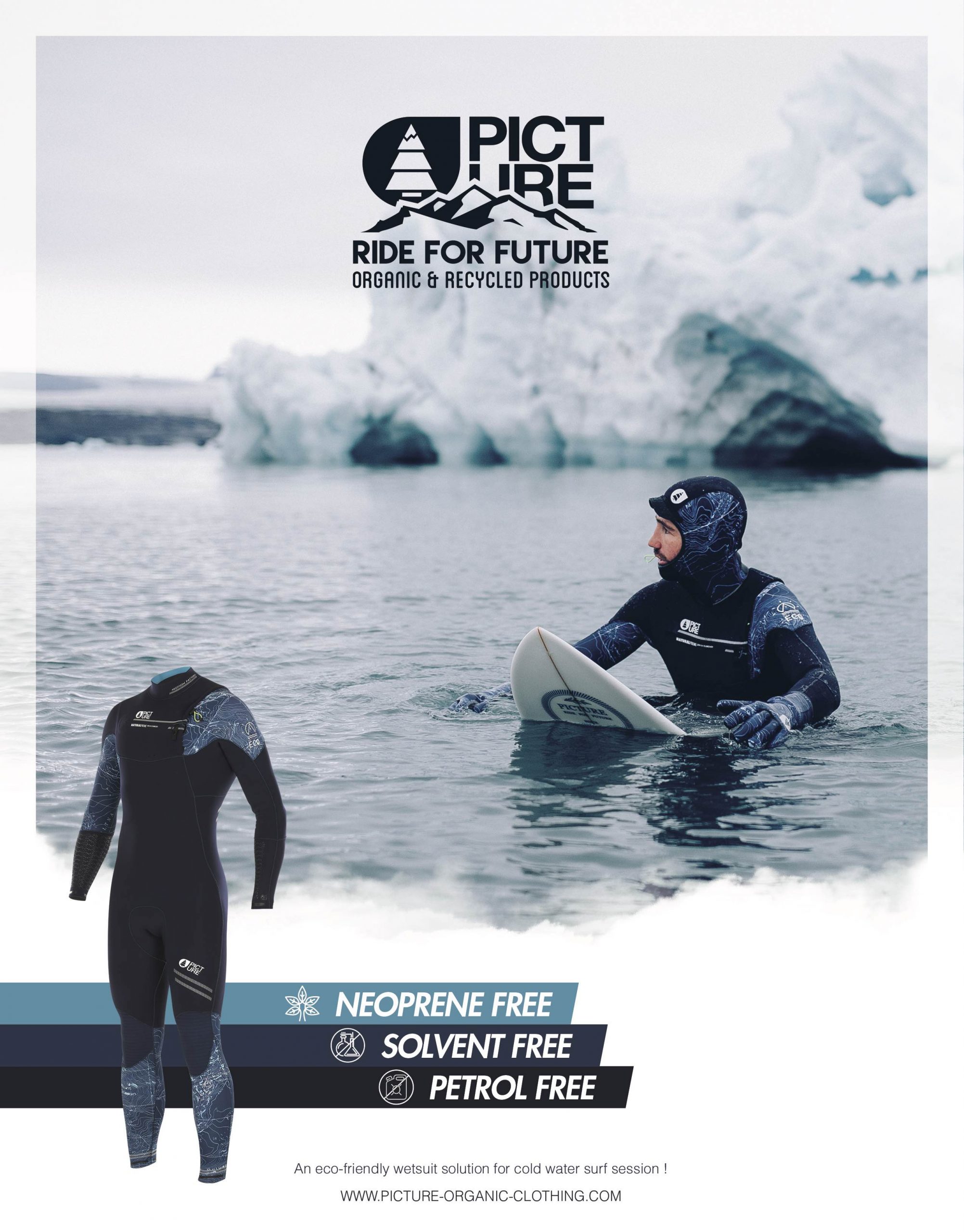 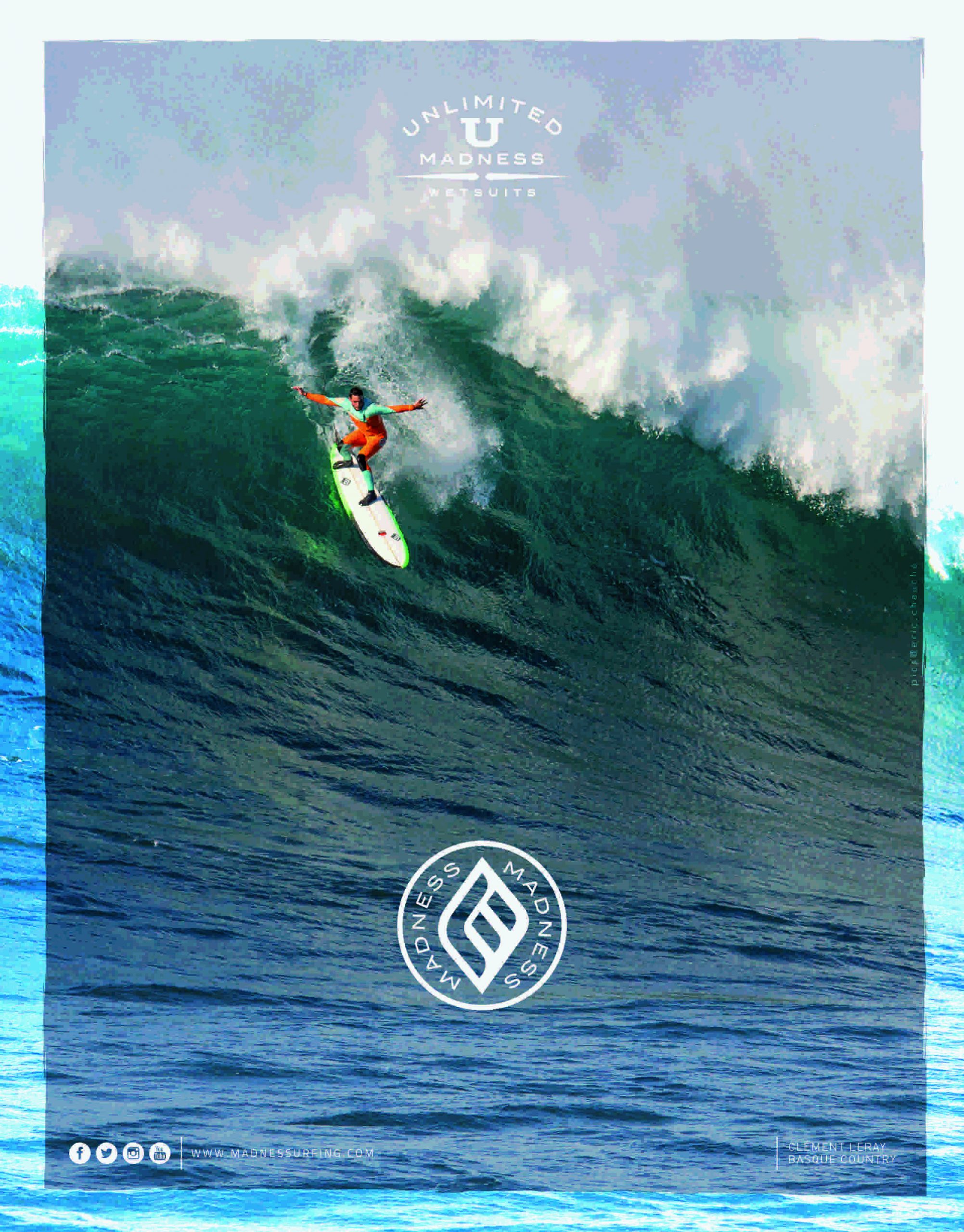