The International Surf Association have announced the nominated surfers to compete in the ISA World Surfing Games due to take place in Miazaki, Japan, September 7-15, 2019. As an Olympic qualifying event the nominated top three men and women from each country (on the WSL CT) will be eligible to surf at the event. 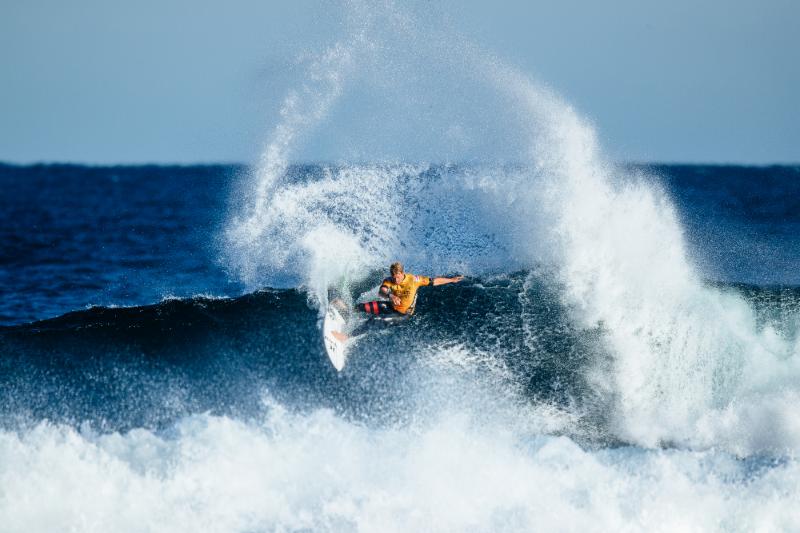 The nomination of the top WSL surfers will make for one of the most exciting editions of the event to date and will promote the incorporation of the world’s best surfers on their national teams. The ISA World Surfing Games have been held since 1964.
WSL Champions Stephanie Gilmore (AUS), John John Florence (USA), Gabriel Medina (BRA), and Carissa Moore (AUS), along with ISA World Surfing Games Champions Sally Fitzgibbons (AUS), Jeremy Flores (FRA), and Courtney Conlogue (USA), will be headlining the talent representing their nations and going for Gold in Miyazaki.
See full list of nominated athletes below.
This event will be held eleven months ahead of the 2020 Tokyo Olympic Games. As per the Olympic Nomination and Eligibility Requirements, up to the top three men and women per country on the WSL CT will automatically be nominated to compete in their National Surfing teams in the 2019 WSG. Surfers that are nominated must accept their nomination in order to retain eligibility for the Tokyo 2020 Olympics, barring illness or injury.
According to the Olympic qualification system, the top ten eligible men and eight women, maximum two per country, at the end of the 2019 WSL CT season, will earn qualification slots for the Tokyo 2020 Olympic Games. This end-of-year ranking will also be used to determine who is nominated to be members of their national surfing teams at the 2020 WSG (dates and location still to be announced).
The 2019 ISA World Surfing Games is also an Olympic Surfing qualifier itself, awarding Tokyo 2020 slots on a continental basis to the top finishing eligible man and women from Asia, Africa, Europe, and Oceania. The Americas’ qualification slots will be determined at the Lima 2019 Pan American Games in July.
ISA President Fernando Aguerre said:
“This World Surfing Games is set to be the most competitive and certainly most high-profile in the history of this event that started in 1964. The event format is open to all National Surfing teams. It’s totally universal, in the full spirit of Olympism.
“We’re stoked that the world’s best surfers embrace and understand the importance of the Olympic Movement. Most CT surfers have already competed and won medals in the ISA World Junior Surfing Championship so the national team format is not new to them. This ISA World Surfing Games will provide us all with a glimpse of the national pride, team camaraderie, and global stage that will be in full swing during the 2020 Tokyo Olympic Games.
“The participation of the top WSL professional surfers is also a testimony to the positive and collaborative working relationship we have developed with the World Surf League over the years. Surfers from the five continents will join the WSL contingent, for this historic competition, part of the first ever Olympic Surfing cycle.”
+++
Australia
Men: Ryan Callinan, Julian Wilson, Owen Wright
Women: Stephanie Gilmore, Sally Fitzgibbons, Nikki Van Dijk
Brazil
Men: Italo Ferreira, Filipe Toledo, Gabriel Medina
Women: Tatiana Weston-Webb, Silvana Lima
Costa Rica
Women: Brisa Hennessy
France
Men: Jeremy Flores, Michel Bourez, Joan Duru
Women: Johanne Defay
Italy
Men: Leonardo Fioravanti
Japan
Men: Kanoa Igarashi
New Zealand
Men: Ricardo Christie
Women: Paige Hareb
South Africa
Men: Jordy Smith
USA
Men: John John Florence, Kolohe Andino, Connor Coffin
Women: Caroline Marks, Carissa Moore, Courtney Conlogue