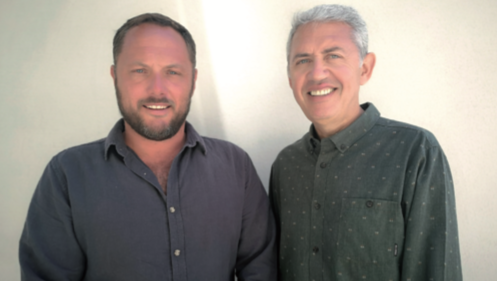 Last Monday, June 17, close to 50 people attended EUROSIMA’s 20th General Assembly at the Hotel Le Grand Large in Biarritz. Partners, administrators and members of the European action sports manufacturers association came together to take a look at the past year’s actions, to approve development projects and to elect a President and Board of Administration.

A NEW PRESIDENT FOR EUROSIMA

Every 2 years, EUROSIMA’s members are invited to elect the association’s President.

After two terms as President of EUROSIMA, Wilco Prins closed a chapter in his story, deciding against putting his name in the running for a 3rd term. Indeed, he now wishes to fully focus on new projects. Nevertheless, the former President will remain involved by keeping a position on the EUROSIMA Board of Directors as an Honorary Member.

Therefore, after several years of Rip Curl Presidency (François Payot, Frédéric Basse and Wilco Prins, the former General Managers of Rip Curl Europe since 2003), it is now up to Boardriders and its Wholesale General Manager, Jean- Louis Rodrigues to represent the action sports manufacturers’ association.

Jean-Louis Rodrigues knows EUROSIMA inside and out, having served on the Board for 7 years, 4 of which as Vice-president.

Jean-Louis Rodrigues has extensive experiencein sports and action sports product sales. Ori-ginally from Portugal, he came to France at 11 years-old.

A son of a shop owner in Biarritz, he studied at the Ecole des Cadres in Paris and started his ca- reer at Go Sport as a Manager of the Purchasing Department. He then joined Reebok as a Key Account Manager for France.

After these two positions based in Paris, he then relocated in the South West where he became te General Manager of O’Neill for South Europe, a position he would occupy for 7 years.

He then moved on to Billabong as Retail Direc-tor and later Sales Director before taking over as General Manager of GSM in 2013 (group that includes Billabong, Element, RVCA, Von Zipper, Xcel).

A DECIDEDLY INTERNATIONAL AND DIVERSE BOARD OF ADMINISTRATION

The new EUROSIMA President wanted to be surrounded by a Board of Directors and Board of Administrators that would be representative of action sports in Europe.

Finally, business managers of various nationalities were invited to join the Board, thus allowing the association to ensure its international approach. EUROSIMA is present in 7 European countries (France, Spain, Portugal, the UK, Germany, Switzerland, the Netherlands) but 89% of its members are based in France. By having an international Board, Jean-Louis Rodrigues wants to “bring back certain key international players of the industry such as Vans, O’Neill, Hurley or Oakley into the association and our projects” as well as “to ensure regular communication with our big-sister association, SIMA, in the United-States”.

EUROSIMA’s key actions will be pursued and the association’s program of activities will be maximised by focusing on 5 strategic priorities for the action sports industry.

Training and employment will be two major elements on which the association will focus. To do so, its shared training program will be maintained, to ensure that our employees continue to rise in skill and expertise, thus giving our businesses a competitive edge.

Helping startups with economic and international development will also be a priority for Jean-Louis Rodrigues who insisted on the assets that the Action Sports industry has has “thanks to a talent incubator and new brands that drive our industry with creativity”.

Close cooperation and operational ties with territorial institutions will be reinforced in order to ensure new jobs are created within the industry in our territory of Nouvelle Aquitaine. It will also help guarantee long-term success for hosting infrastructures such as Olatu Leku in Anglet, La Halle Créative in Saint-Jean-de-Luz or the future business incubator and extension of the Pédebert Parc in Soorts-Hossegor.

Economic intelligence through shared market research is another key element in EUROSIMA actions, which fulfil needs of our member companies as well as that of our partners in the outdoor industry (OSV and EOG) to better anticipate and prepare for the future.

Finally, sustainability and Corporate Social Responsibility will be top priorities for this new term.
The Surf Summit, the Waterman’s Ball as well as workshops and bootcamps, are all key professional EUROSIMA events which will be maximised to take them to the next level.

“The 2024 Olympics are key for our industry, our territory and for myself with the WESURF2024 Application. I will work hard towards defending our “Biarritz-Hossegor” territorial application based on the fact that in the Basque Country and Landes, we have the best waves on our beaches, a historical expertise in organising competitions and have been working closely and operationally with territorial institutions for a long time,” adds Jean-Louis Rodrigues. He went on to add “As the birth place of the European surfing industry, our territory must absolutely host this olympic surfing event. Putting our brands and our athletes to work for that objective will help us reach our goal.”

The discussions ended in the evening around a laid-back happy hour concert of Gabriel Giordano on the rooftop of the brasserie Les Baigneuses in Biarritz.