Education on important environmental issues is key if any real changes are to be made, which is what the new children’s book Little Turtle Turns The Tide aims to do. The book highlights the plastic problems facing the world today and empowers children in that their actions, no matter how small, will help make a difference. The book has been created by Lauren Davies, wife of British surfing legend and Patagonia Surf Category Manager, Gabe Davies. 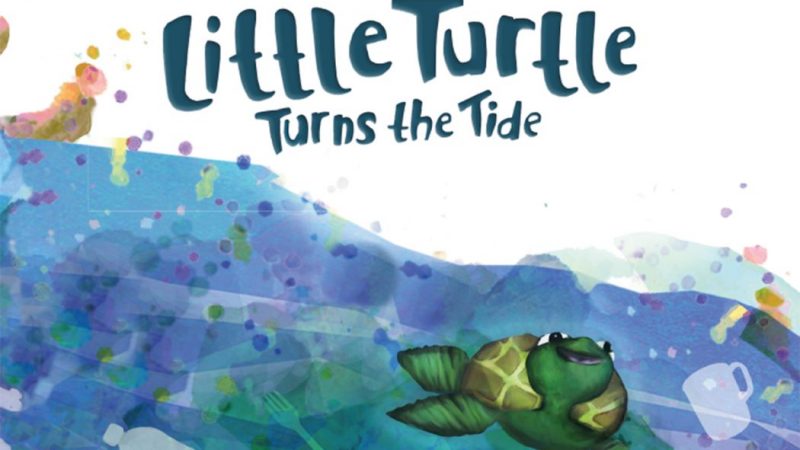 Little Turtle Turns The Tide is the brainchild of two friends, Lauren Davies, author, screenwriter and surfer, and illustrator and ocean lover, Nico Williams. As active environmentalists, they wished to create a positive and inspiring environmental message for young children and give back to a cause close to their hearts. Little Turtle Turns The Tide will to help raise awareness of plastic pollution among young children, without making them feel that this is an insurmountable problem.

This beautifully illustrated book follows the journey of Little Turtle as he discovers the plastic problem, learns more from his new friends the sea animals, a bird and a mermaid, then has a big idea, and goes out into the world to make a difference with the help of his friends and the world’s children. At the heart of the book is the message that we can all make change and that there is still something we can do to help our planet. It encourages teamwork, friendships and working together to make a better place for us all to live.

With the recent global strikes by young activists, never has there been a better time to launch an environmental book for young children. To build a mini army and bring the message of this global issue to the world was a powerful motivation for Lauren to write the book. She explains, “We felt there was a real gap in the market for an environmental book like this for young children. They are the scientists, environmentalists and activists of the future, and these sparks can ignite from a very young age. There is also much we can all do to make a difference, no matter how young. Children have a powerful voice and they can educate others. One of the strong messages in the book for children is that they may be small, ‘but small things can do great big things as well!’ It was essential to me that this story left children feeling empowered, not anxious or sad. I tell them about the problem, but then inspire them to join the mini army along with Turtle to turn the tide of plastic pollution. This book is a call to action. The ‘action stations!’ moment in the book really gets children excited. They want to be heroes and they can be.” 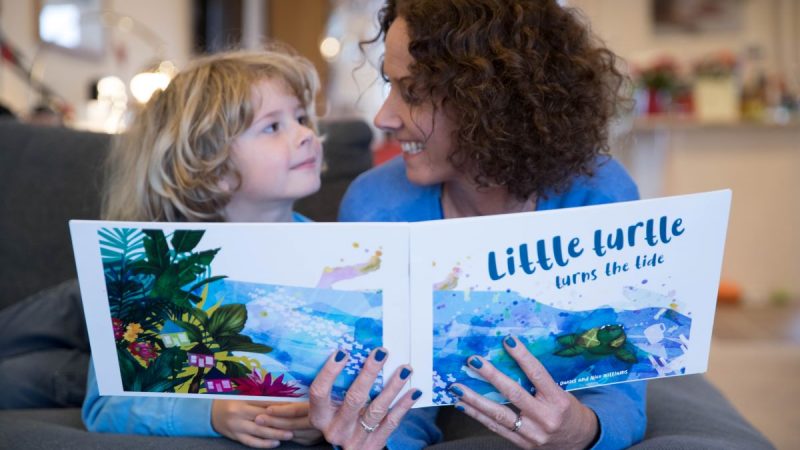 For illustrator Nico, it had always been an ambition to create a children’s book, and whilst she was travelling, sadly, the beauty of the many countries she visited was also hindered by the amount of plastic pollution both on land and in the sea. It was a real eye opener. Lauren mentioned a book that targeted the plastic pollution problem to Nico when they happened to meet in South West France, so the seed was planted to create something they both feel passionately about. The book is the result of a year of hard work. “Our mission with the book is to enlighten children to the current situation and empower them to work together to make better decisions as they grow up which, in turn, will have a better impact on the planet,” Nico explains. “The issues we face with plastic pollution are very real and if we can educate children about this from a young age there is opportunity to make a difference.”

Flicking through the pages, you will discover this book is also incredibly stunning to look at, and a very calming read that can simply be enjoyed as a favourite bedtime story with children from 3-7 years of age. Nico says, “The message of the book is really to alert children and parents to the choices we can make to have a better impact on the planet. A positive message and encouraging for young minds.” The book has the support of environmental author, journalist and broadcaster, Lucy Siegle, Surfers Against Sewage CEO Hugo Tagholm, and 3-time World Surfing Champion Mick Fanning, all of whom have provided cover quotes to champion the project.

Little Turtle Turns The Tide is available from nationwide bookstores and at www.surfgirlbeachboutique.com. 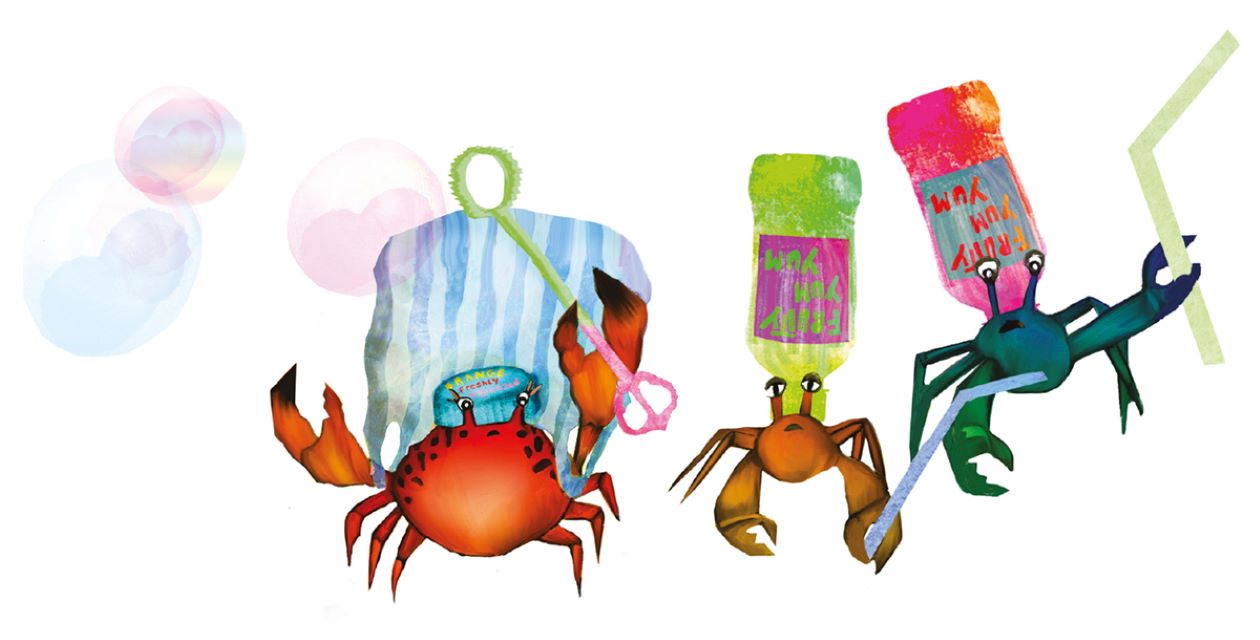 The Book
The book is very high quality, colourful throughout and printed on paper sourced from sustainable sources (FSC paper) using bio inks and solar power. It is 36 pages and 270x235mm landscape in size. A portion of the proceeds from the book will also be donated to the environmental charity, Surfers Against Sewage.

About The Authors
Lauren Davies
Lauren Davies is an author, screenwriter and film producer. Born in Scotland and raised in Winchester, Lauren studied at Trinity College, Cambridge. Her first novel, ‘Serve Cool’, published by Time Warner, was a Times Top 10 debut. She wrote the feature documentary, ‘Waveriders’ that won the Dublin International Film Festival and was nominated for a prestigious Grierson Award. Lauren was inspired by her 5-year-old son, Bo, who is a mini activist.

Lauren is married to former professional big wave surfer, Gabe Davies, now surf manager for the environmental brand, Patagonia. They lived in South West France. Lauren can now be found surfing the cold water and cleaning the beaches of North East England. Lauren is a Trustee of the environmental charity Surfers Against Sewage and attends the All Party Parliamentary Group for Ocean Conservation at the Houses of Parliament.

Nico Williams
Co-collaborator Nico lives in South London and works as a Curator for an online marketplace supporting small creative businesses. Nico pursued a career in Fashion and Textile Design, working her way up in the fashion industry. After working for one of the UK’s leading high street brands, Nico embarked on an adventure in pursuit of her passion for illustration as a means to align her work with her ever growing social conscience. Her illustrations have been published through editorial commissions. With this book Nico has combined her passion for environmental issues with her ambition to create a children’s book. 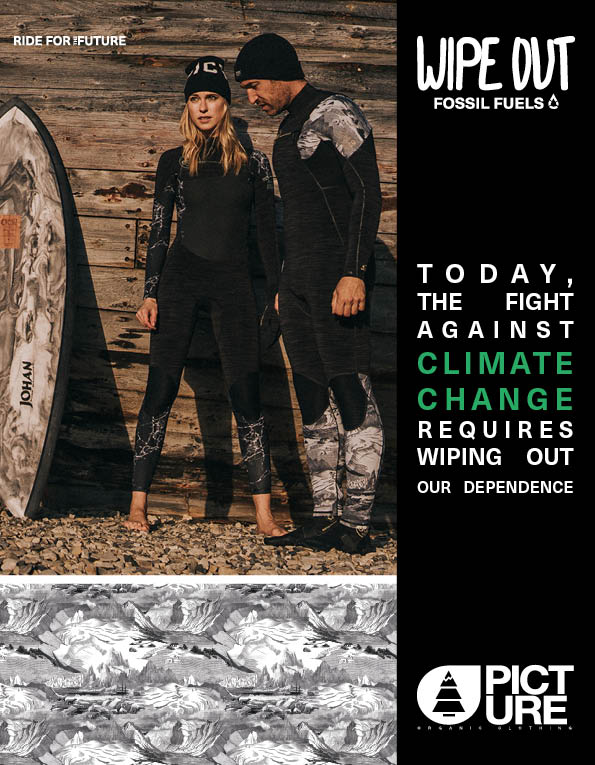