FCS introduce their latest collab with renowned surfboard shaper Jon Pyzel. Having created and shaped world-class surfboards for numerous surfers and waves, the Pyzel shaper series fin is a great fit, designed as an all-rounder giving it the ability to tackle most waves with its Lock, Load and Explode characteristics. Press Release: Introducing the new FCS II Jon Pyzel Medium and Large fins. Designed as an ‘All-Round’ template, the JP is defined by its Lock, Load and Explode characteristics.

“We’ve designed a fin with lots of drive and speed that’s still really loose and can be surfed in a range of conditions. It’s not just a fin for my boards, it’s super versatile across many different designs” – Jon Pyzel 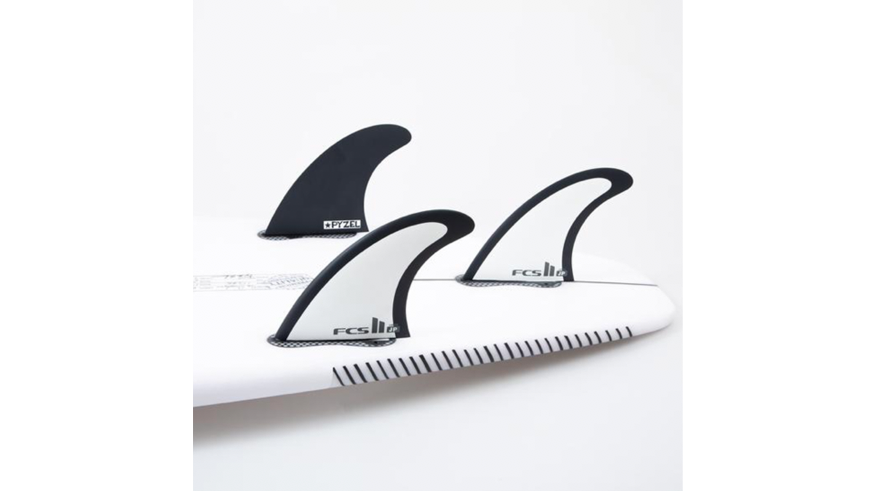 GEOMETRY
Due to the neutral sweep (rake) the FCS II JP sits in the Performer Family and is therefore classified as a versatile fin for any conditions. That said, the longer base and narrow tapered tip injects some critical elements for surfers who like to drive hard off the bottom and get the fins free off the lip.

CONSTRUCTION
Performance Core (PC) material is light and can be used in a variety of different conditions. The flex pattern in PC fins extends progressively from the base through to the tip, helping the surfer to maintain drive and hold through a turn.

PERFORMANCE
Like a typical all-rounder fin, the JP feels reliable in different waves and boards. It’s fast and loose with an underlying feeling of control that’s not overbearing. What separates this fin from others in this family is the wide base, which allows you to lock in and load up speed off the bottom, and a narrow tip which lets you explode and release the fins easily in the back half of the turn.