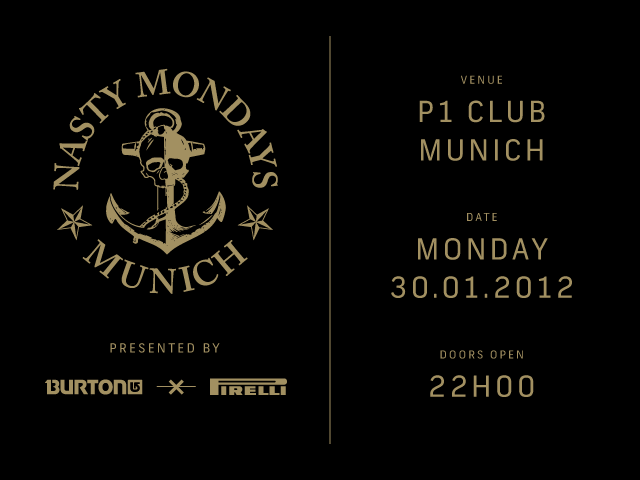 In celebration of the Burton and Pirelli collaboration for Fall/Winter 13 both companies are joining forces to host a party during ISPO at the well-known P1 Club in Munich.

Burton and Pirelli bring the famous Nasty Mondays DJ Crew from Barcelona to Munich, on Monday, 30 January after the second day of ISPO Munich 2012. For the very first time the Munich crowd will have the chance to discover what Nasty Mondays is all about!

Nasty Mondays was invented in 2004 in Barcelona by Soren and Max – local celebrities, mad minds, blonde lovers and tattoo addicts. With their fable for Rock, Indie, New Wave, Metal and Electro Rock they started an event series which became the biggest party in Barcelona and now also stops once a month in NYC. (www.nastymondays.com)

Next
Palace takes ‘Brand Of The Year’ award at Bright