The three-day season-opening Hotzone TV event at Hinteraux saw hundreds of shredders descend on the park to test out the rails, kickers and mini pipe. With the event drawing such a big crowd it meant that brands followed suit and many were on hand to provide free demos of their new gear to any willing participants.

Press Release: After another epic edition of the Hotzone.tv Hintertux Park Opening, winter is officially ON at the Austrian glacier.

Hundreds of frothing rippers made the pilgrimage to the Zillertal once more to ring in the new season. As ever, it the Betterpark Hintertux opened its doors for freestylers to warm their legs for winter, all the major snowboard brands pitched up to offer free testing of their new equipment all across Hintertux’s 31km of runs, and off the mountain the good times rolled on with a couple of evenings of heavy partying.

With more snow to play with than in recent memory, the Betterpark Hintertux was in prime condition and fully finished in time for the Opening. Betterpark masterind Wille Kaufmann, Headshaper Stuart Innes and his crew have sculpted a killer setup this year, with the winning mix of long lines for everyone. From rookie to pro the park area is stuffed with a wide range of different rail options, kickers of varying sizes – 32 hits in total, including 8 jumps and 24 jibs – and an awesome 90s minipipe that will only get better as the season progresses. All this and, though the park was rammed, lift lines were mercifully short. 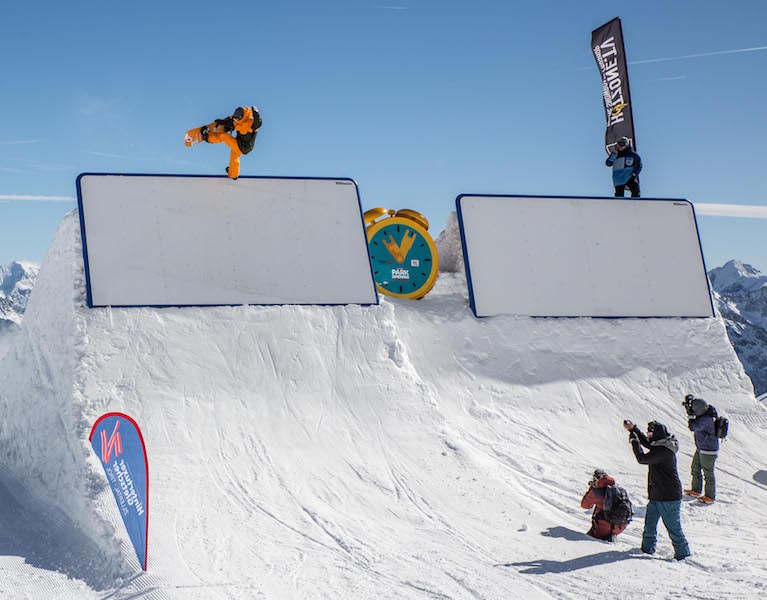 The three-day on-snow program was blessed with glorious pre-season conditions for the first two days, a smattering of new snow meaning groomers were begging to be shredded. Contest action in the park went down on Saturday, with a wallride session Alarm Clock Battle where the likes of Werni Stock, Roli Tschoder and Fabian Fraidl shut things down. The wind was gusting a little too hard to allow the Session of the Dude to really get cracking on the kickers, but Werni Stock sent a few 7s while others lapped up the rail lines.

Sunday saw the weather close in but that didn’t stop some eager grommets linking up with Austrian legends Steve Gruber and Chris Kröll for some fun coaching at the Kids Shred. Thankfully the clouds lifted for the SnowboarderMBM Cash for Trix jib session directly in front of the test area and the Tuxer Fernerhaus. Here, the riders threw down on the jersey barrier to jersey barrier to downbar motivated by both the crowd and Rudi Kröll’s wad of cash that he dished out for the bangers. Fabian Fraidl was blowing minds again – his gap to front board was lit – but he had serious competition from the silky smooth Christian Kirsch, shaper Stu Innes tech combos, and Nadia Flemming deserves props too for riding hard and representing the chicas. 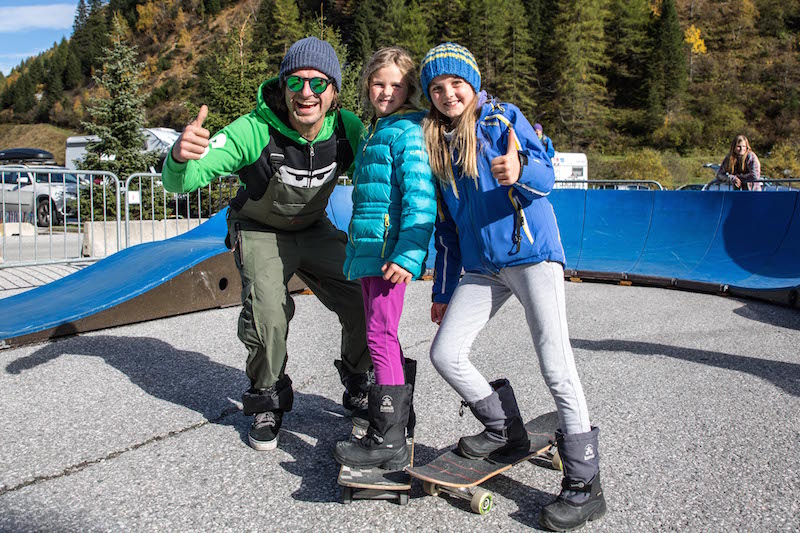 Off the snow, there was plenty of chilling, grilling, pump-tracking and partying to be had throughout the weekend: Friday’s programme got things rolling with the Absinthe TurboDojo premiere in the Tux centre hyping the crowd, who then headed up the road to continue at the Warm Up Party in the Kleine Tenne Tux. Saturday’s After Shred Session in the parking lot saw everyone band together for laps on the Gorilla Pump Track, games of go-shred beer pong by Jimmyz, and snag free custom-made caps from Volcom. This all set things up nicely for the big Opening Night party in the Hohenhaus Tenne Hintertux. With the likes of Daddy Natur, MC Ardiman, Dusty Lungs, DYBA, Symian, Bleach and BRP on the wheels of steel getting the crowd pumped, it certainly went off!

So with killer conditions, an epic snowpark and heavy evening festivities, 2017’s Hotzone.tv Hintertux Park Opening weekend was another one for the books. Winter is officially ON and the Betterpark Hintertux is ready for you to rip up right now. What are you waiting for? Go get at it!