British snowboard Jamie Nicholls will now be riding for Sandbox helmets and eyewear going forward. Nicholls is currently in training for the 2018 Pyeonchang Winter Olympics in South Korea following a successful trip to Sochi in 2014 where he finished sixth. 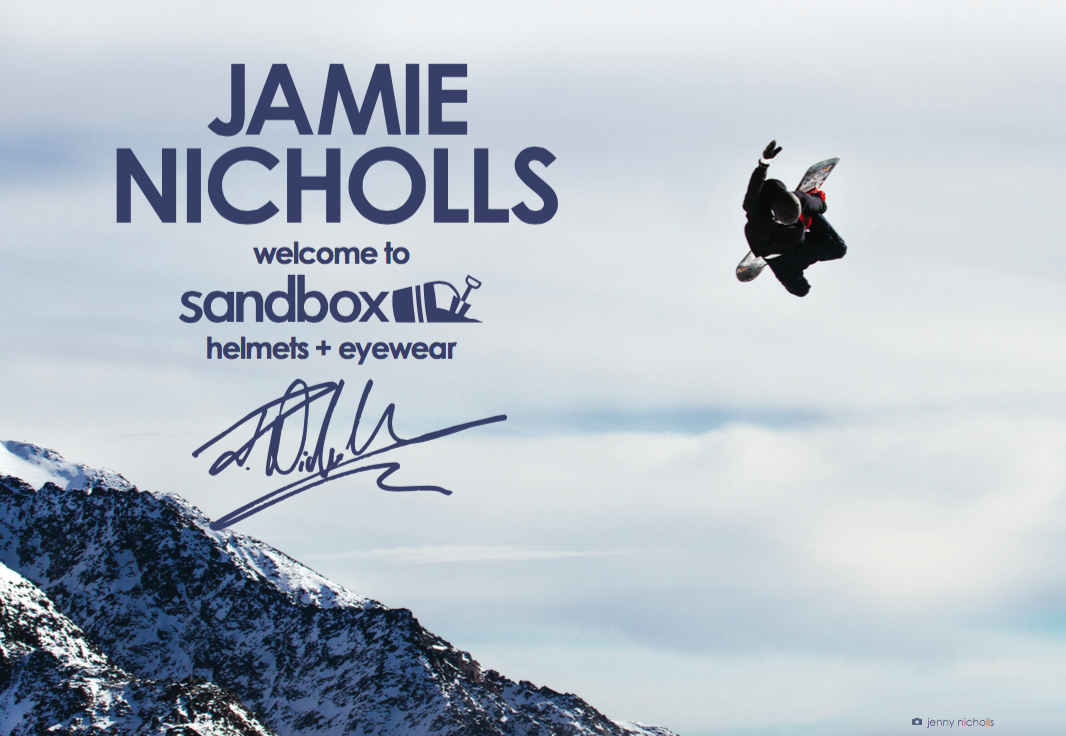 In a country with no mountain snow resorts, Jamie started his days snowboarding at Halifax Dry Slope. Growing up in his parents’ farmhouse, this Yorkshire lad loved all the homely comforts of British country life; the great outdoors, English tea and of course spending every moment he could on the dry slope five minutes from his house.

In 2014, Jamie represented Team GB at the Sochi Winter Olympics in Russia. Making it to the finals, Jamie finished 6th, missing out on a podium finish by 1 point. In 2016, Jamie became the first British male to win a Snowboard World Cup at the Snow Jam in the Czech Republic.

Currently training for the 2018 Pyeonchang Winter Olympics in South Korea, Jamie continues to travel the world competing and training on his ‘stand up sledge’.

“I’m super happy to be with Sandbox not only for helmets but also for eyewear now. They’re an amazing brand and happy to be fully on board going forwards into the Winter Olympics this season. And I can’t wait to get out into the backcountry with the man himself, Kevin Sansalone. Good times ahead!”

“We’re hyped to have Jamie also riding Sandbox eyewear now. He’s been rockin’ the helmets for a long time and knows the brand well and trusts us to protect his head and now to give him the best vision possible while riding and competing. We wish Jamie all the best at the 2018 Olympics and when all of that is done hopefully he can come out to Whistler and enjoy some free-riding with the Sandbox crew.” — Kevin Sansalone / Founder.

Jamie’s other sponsors include: