Italo Ferreira takes the win at The 2018 MEO Rip Curl Pro Portugal over the weekend, giving Ferreira his first ever win on Portuguese soil, which means the race for the title carries on to Hawaii. 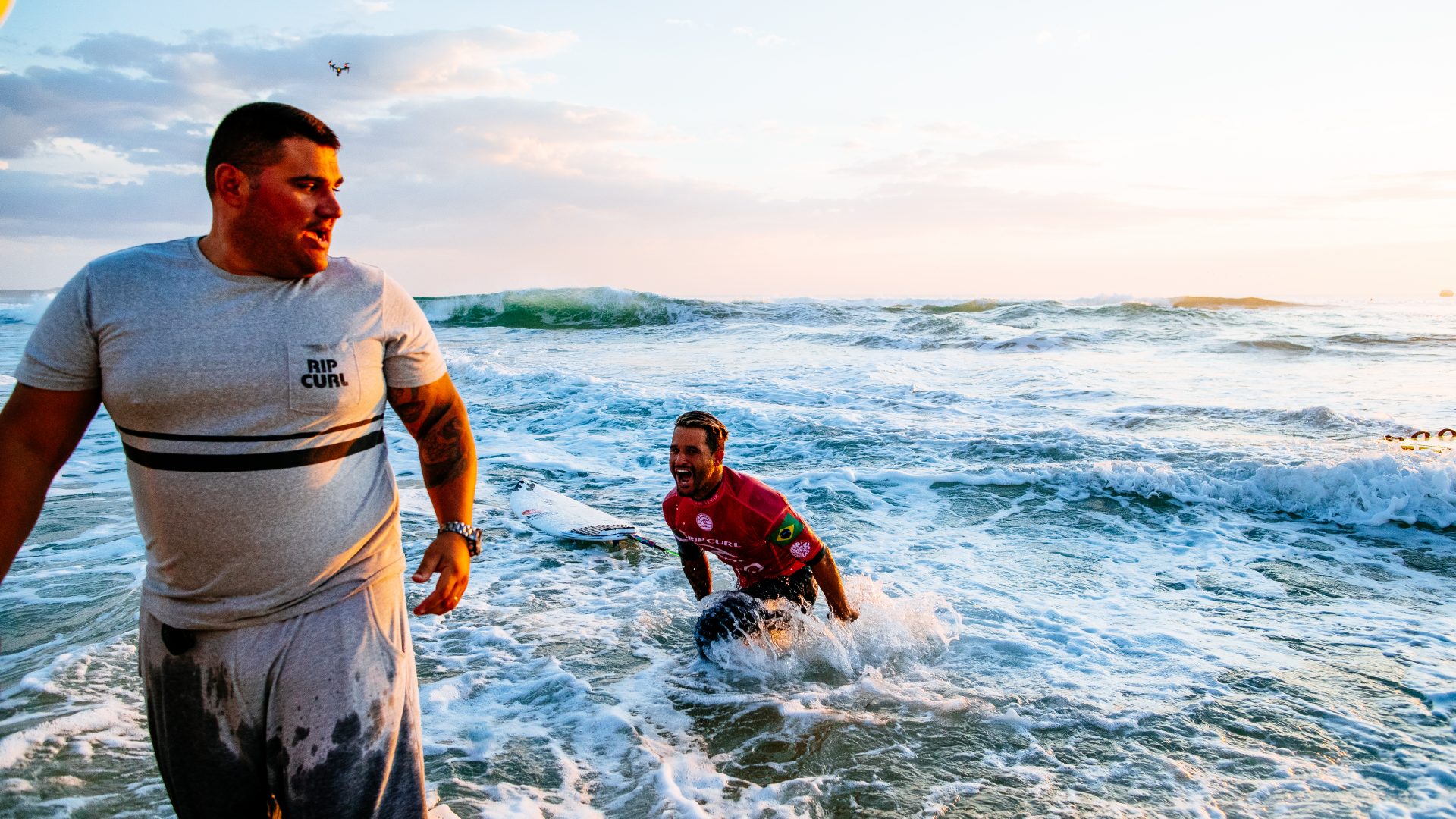 Peniche, Portugal (Saturday, October 20, 2018): Italo Ferreira (BRA) has won the MEO Rip Curl Pro Portugal, Stop No. 10 of 11 on the World Surf League (WSL) Championship Tour (CT), over Joan Duru (FRA) in a Final held in clean three-to-four foot (1 – 1.2 metre) surf at the iconic Supertubos beach break. Tens of thousands of fans flocked the beach and dunes of Supertubos to support the athletes and enjoy high-performance surfing at one of Europe’s finest surfing spots. The electric vibe peaked every time surfers took their act to the air and fans lit up in loud cheers.

“This is crazy, I can’t believe it,” Ferreira said. “In my first year I got a second here, so now I’ve got my first win here. Thank you Portugal and thank you everyone on the beach and my family and friends. I’m so excited. That was a crazy year for me, I got a couple wins and some bad results, but I’m just living my dream and this is the best feeling.”

Runner-up Joan Duru posted his best ever Championship Tour event finish, making it through to his first-ever Final Heat. “I’m so stoked and I didn’t have many results before,” Duru said. “I just came here to have fun and make some heats so I’m really stoked to be here and it’s amazing. I really didn’t think about requalification and rankings, I just wanted to surf and that’s it. I’m stoked I had my family, my grandparents and my mom here with me, and thank’s to all my friends for the support.”

World No. 4 Ferreira claimed his third event victory of the season after winning the Rip Curl Pro Bells Beach and the Corona Bali Protected earlier this season. In an incredible air show, Ferreira defeated compatriot Gabriel Medina (BRA) in the Semifinals and effectively sent the World Title race to Hawaii by depriving Medina of a win in Portugal.

With his equal 3rd result in Peniche, Medina further extended his pole position on the Jeep Leaderboard, finishing ahead of his two rivals in the World Title Race, Toledo and Wilson. Coming off of four consecutive excellent results, Medina is undoubtedly the form surfer of the back half of the 2018 season and seems poised to claim a second World Title as the year winds up.

“It was a good heat against Italo as always,” Medina said. “He’s a good friend of mine and he deserved that one. I’m happy with my performance. I know I did my best and now my focus is on Pipe. We didn’t hassle each other, we knew it was going to be an air show. I come from two wins and two thirds so I’m happy with my performance and Pipe is a wave that I like so now I’ll focus on that.”

The Men’s World Title Scenarios going into the last event of the season in Hawaii are as follows:

The men will now head to Pipeline on the North Shore of Oahu, for the final event on the Championship Tour, where Gabriel Medina, Julian Wilson and Filipe Toledo will battle it out for the World Title in one of the heaviest waves in the world.