WSL will be hosting its first-ever aerial specialty event on October 5-10, 2018 in conjucnction with the CT stop in Hossegor. The event will be taking place in Hossegor, France and is due to bring together the top surfers from the Championship Tour, including Josh Kerr, who is to be the event director for the event. There are only two spots left for the Red Bull Airborne France, entries will be judged by Josh Kerr, Taj Burrow, Tim Curran and Jason “Ratboy” Collins. Entries can be made on www.wslairborne.com. One spot going to an over 18, and one to an under 18.

Press Release:  For the first time in history, the World Surf League (WSL) will be hosting an aerial specialty event combining a cross-section of the world’s best surfers from the elite Championship Tour with a global field of specialists for the Red Bull Airborne France this October.

Josh Kerr (AUS), former Championship Tour (CT) surfer and universally-regarded as one of the most progressive aerialists in the history of surfing, is one of the co-developers of the Red Bull Airborne France and will serve as Event Director in October.

“Growing up, I was really into the whole action sports world: freestyle motocross, snowboarding and skateboarding, because it had attitude,” Kerr said. “Then I started seeing video of the first Airshows in America, with Christian Fletcher and Ratboy [Jason Collins], and they were just punk rock and edgy, and they were only concentrating on big punts. To me, that was it. That was the highest form of surfing. I just wanted to do the biggest thing I could do on a wave.”

One of the most successful surfers on the nascent Airshow series in the late-90’s and early-00’s, Kerr views the Airborne as the first step towards providing tomorrow’s surfers with a new platform for innovative expression in the water.

“I’m so excited this is happening because I really want to give kids this creative platform to gravitate towards at a young age,” Kerr continued. “It’s great to the WSL support this and I think it’s gonna help progress our sport and help open up a lot of kids’ minds, now that they’ll have a new platform to strive for that makes sense to who they are.”

The Red Bull Airborne France will feature an 18-man field across six qualifying heats and a Final, and will run in conjunction with the Quiksilver Pro France – the 9th Stop on the 2018 WSL Championship Tour. 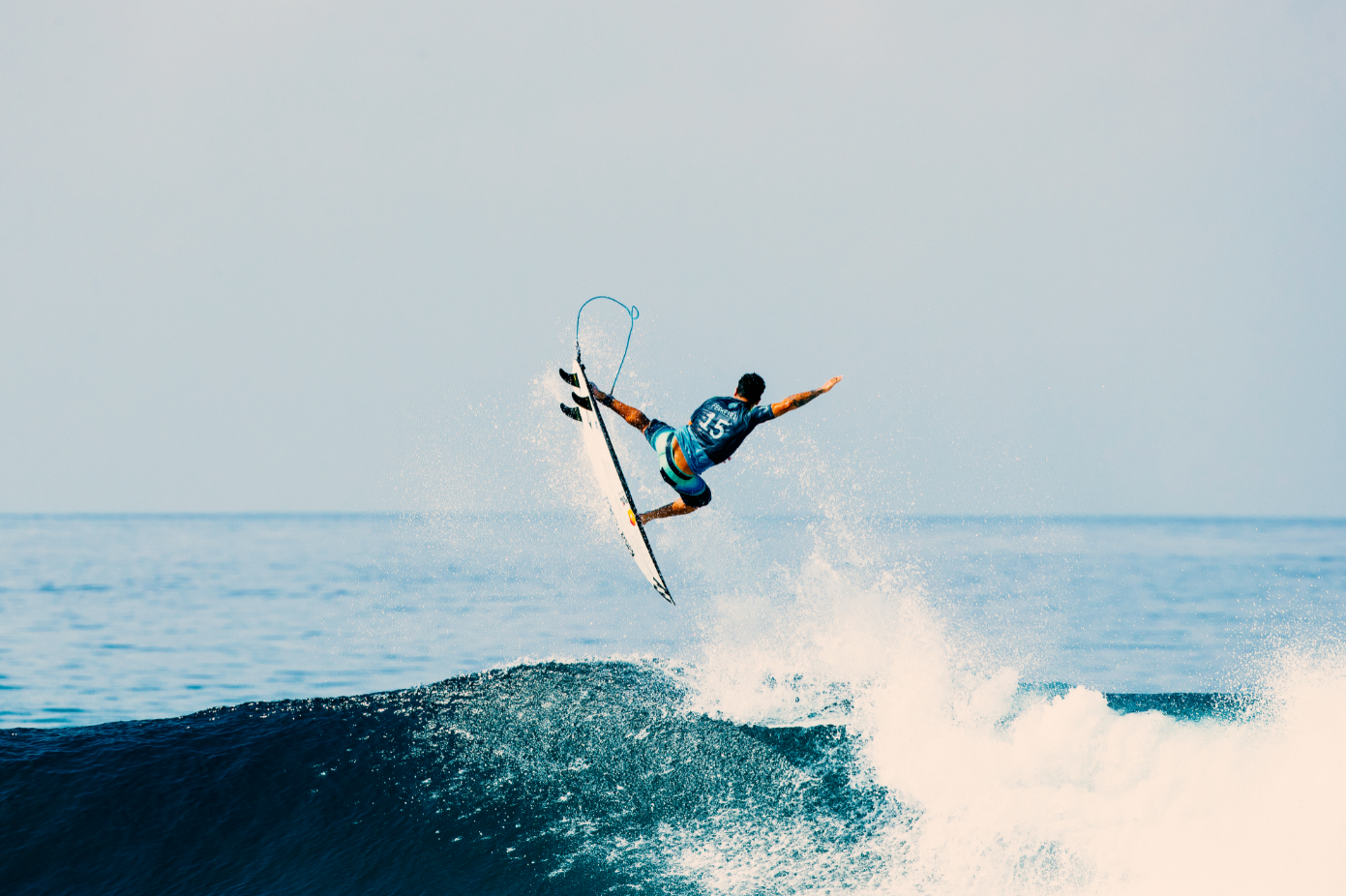 Two remaining spots for the Red Bull Airborne France will be determined via an online submission site at www.wslairborne.com. The submissions will be judged by a panel including Event Director Josh Kerr, former CT stalwart and progressive surfing deity Taj Burrow, Ventura innovator Tim Curran and Santa Cruz’s aerial virtuoso Jason “Ratboy” Collins. The most deserving contestants — one surfer over 18 and one under 18 — will be awarded a spot in October’s competition.

“It’s always exciting when we can work with some of the world’s best surfers in developing new platforms for creativity and the advancement of the world’s best surfing,” Sophie Goldschmidt, WSL CEO, said. “We’re very much looking forward to France and the potential for it to be the start of something much bigger in this space.”

The next stop on the 2018 WSL Championship Tour will be the Surf Ranch Pro pres. by Hurley at the world-famous WSL Surf Ranch facility in Lemoore, CA from September 6 – 8, 2018.

Surf Ranch Pro action will be broadcast LIVE on WorldSurfLeague.com and the WSL’s Facebook page. Also, check local listings for coverage from the WSL’s broadcast partners.

For more information, check out WorldSurfLeague.com.