On January 23 in the mountains of Hakuba, Japan, the Freeride World Tour makes its 2021 return. The FWT21 consists of 5 stops, however some changes have been made to its usual format, making the year to come unmissable.

The world’s best freeriders will be back charging hard for the world title in a brand-new format with the announcement of the Freeride World Tour (FWT) 2021 calendar.

After a sweltering summer, it’s always hard to imagine the snowflakes pilling up into the deep, dreamy powder we all enjoy. But get ready folks, as winter is indeed on the way, and the FWT is eager to announce a five-stop tour for 2021, along with some exciting changes in the championship format.

The venues on offer are natural freeride playgrounds giving the athletes the best platform to throw down their skills in the fight for the world title. And without further delay, here is the FWT21 calendar:

In addition, to make the competition more exciting for both athletes and viewers alike, the FWT has revamped the championship format. This year will see four pivotal changes:

These exciting changes will ensure the world’s top freeriders get the best opportunity to compete for the world title and continue to push the progression of the sport into new realms. 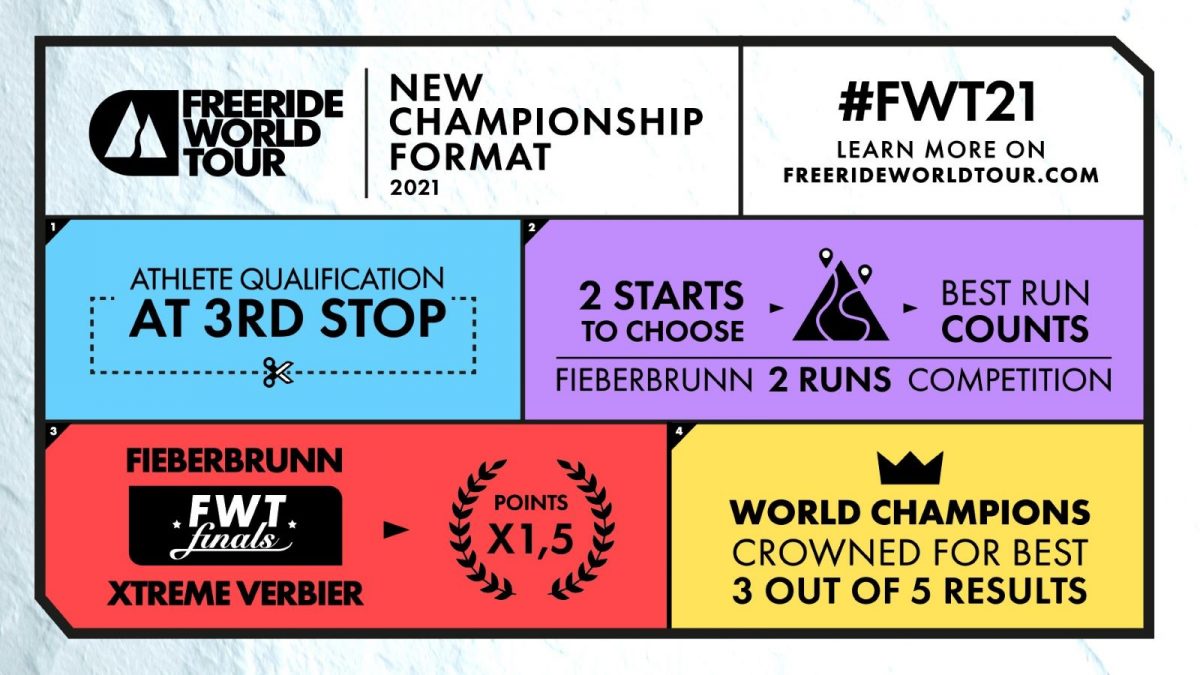 As health and safety is always the priority for FWT organisers, they are actively working in conjunction with local authorities to make sure each competition is compliant with current regulations.

Competition broadcasts will be available on www.freerideworldtour.com. Until then, stay tuned and follow the FWT social media channels for all the latest news as the countdown to winter begins.

Previous
Finsout Tool Is Back In Europe