Vans Snow Days took things to the next level for its 2020 edition, heading north to the Finnish resort of Ruka to show retailers and media their 20/21 collection of snowboard boots. Flying away from a snow deprived mainland Europe and arriving in picture-perfect Lapland to a 60-strong crew of Vans top team riders and key European accounts set the scene for three days of snowboarding, snowmobile riding, ice diving, reindeer eating, beer/whisky drinking and plenty of industry bro-downs. Images and words by SOURCE Editor, Harry Mitchell Thompson. 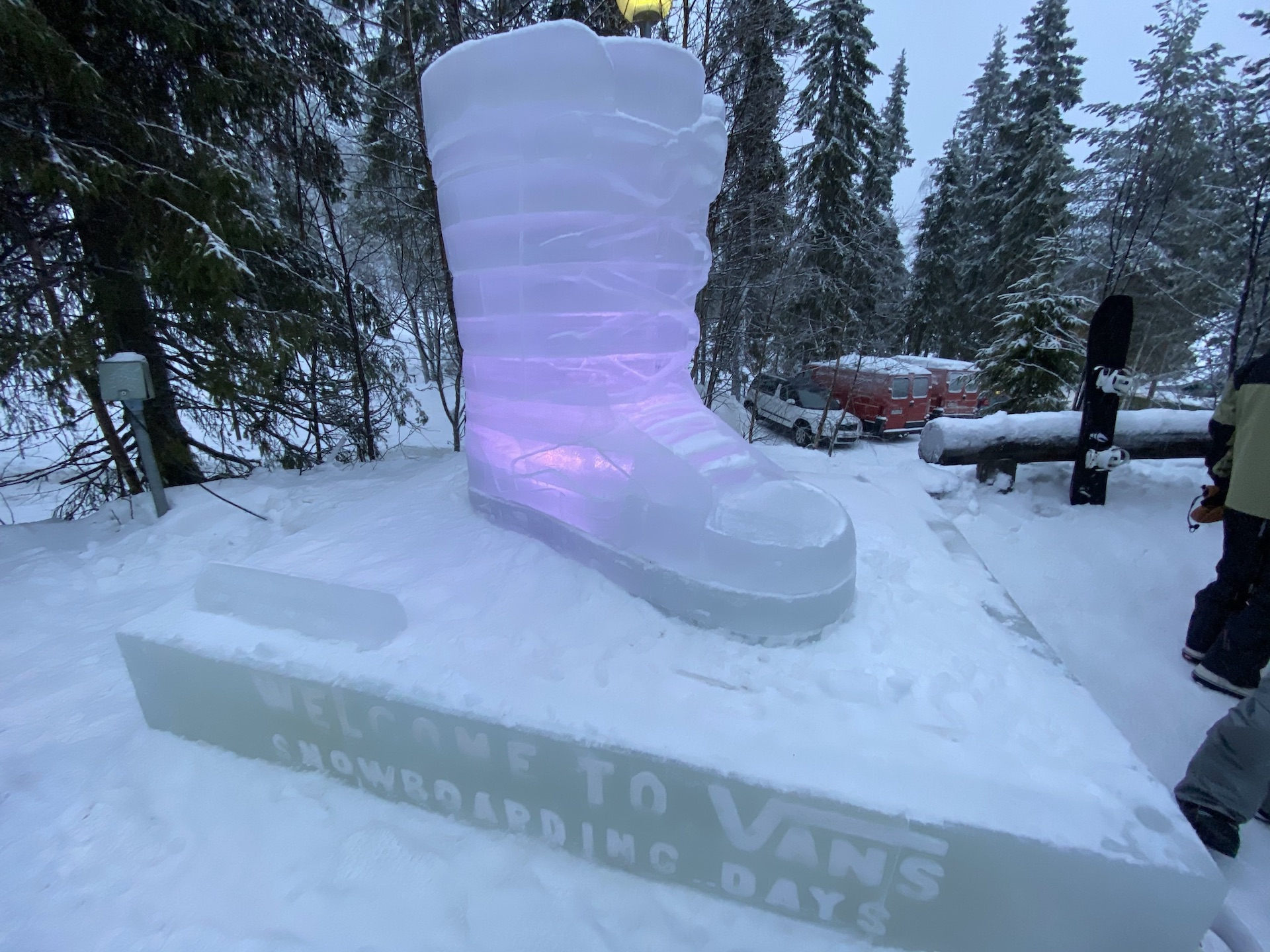 Head of Product for Snow (and now king of MTE) Matt Patti told us how they’re using their deep history in snowboarding to inspire what they do with product. The product development team has been making snowboard boots for 28 years and Patti says they look to the likes of team rider Bryan Iguchi for inspiration; “Guch invented park snowboarding, so we’re inspired by that.” Matt says their target consumer is “people who do shit.” As he aptly puts it, “people who don’t do shit, don’t do snowboarding.” For Vans, Matt says it’s all about being a leader in the category, but that doesn’t mean on price. It’s about progression, and with the introduction of their new premium ‘Hi-Country and Hell-Bound’ boot, fronted next season by pro rider Sam Taxwood, the boot has all the bells and whistles, with over 200 individual pieces and is a real feat in snowboard boot production. 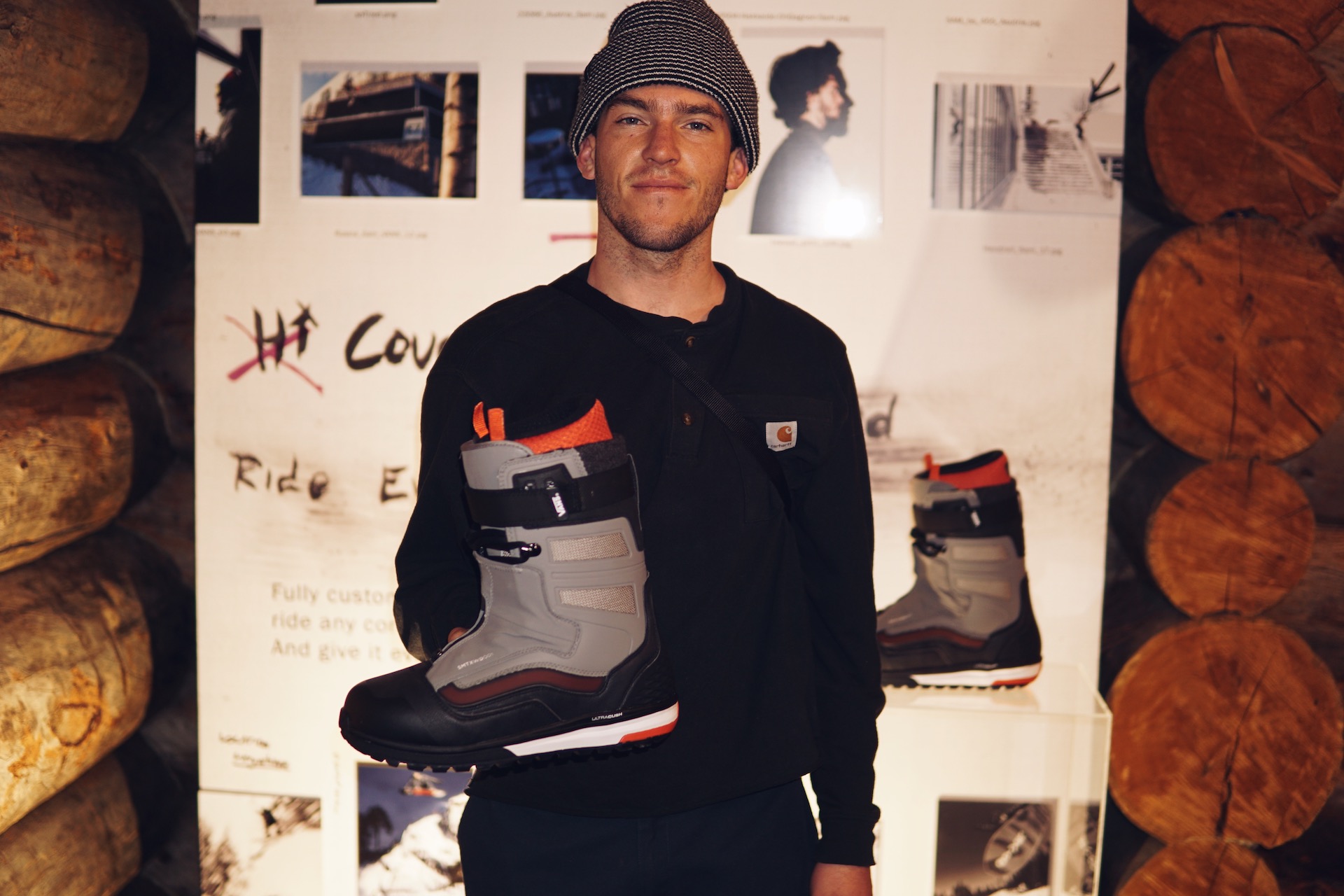 Sam Taxwood stoked on his first ever pro model boot.

25 year old Taxwood, who’s been with Vans for seven years was blown away when he was told he’d landed his first pro boot: “I actually remember when Kevin [Casillo] called me, I was in Chicago airport, and it was a really overwhelming feeling. I think I shed a couple of tears. I’m so excited and I just remember being in complete awe.” Talking about the product itself, Sam says it was Matt Patti and his team who designed the boot and then Sam took inspiration from “some jackets and some other random clothing pieces for the colours. I was psyched on having something that looked a little different and in a transitional colour. It goes from black all the way to a bright orange on the top. It’s cool if you’re looking at it with the pant over the top, you don’t really see the bright colours.” 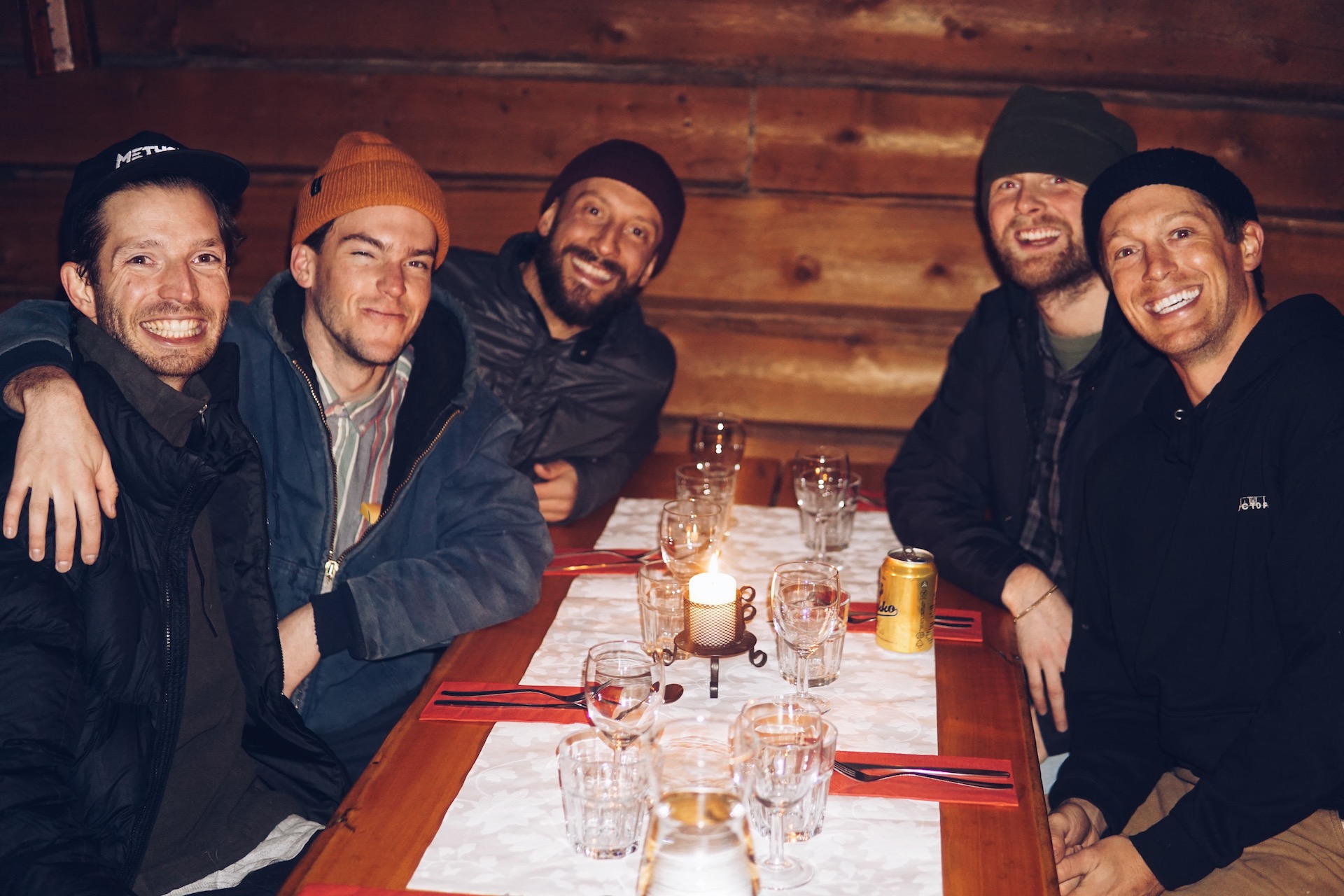 Vans discovered through consumer insights that their consumers want community support, and they deliver this through their Hi-Standard event series globally, where they support snowboarding through open participation. They’ve just announced their European event dates, which starts its European leg off in Russia on February 1st and flows through France and Switzerland before rounding off in Italy on March 21st. 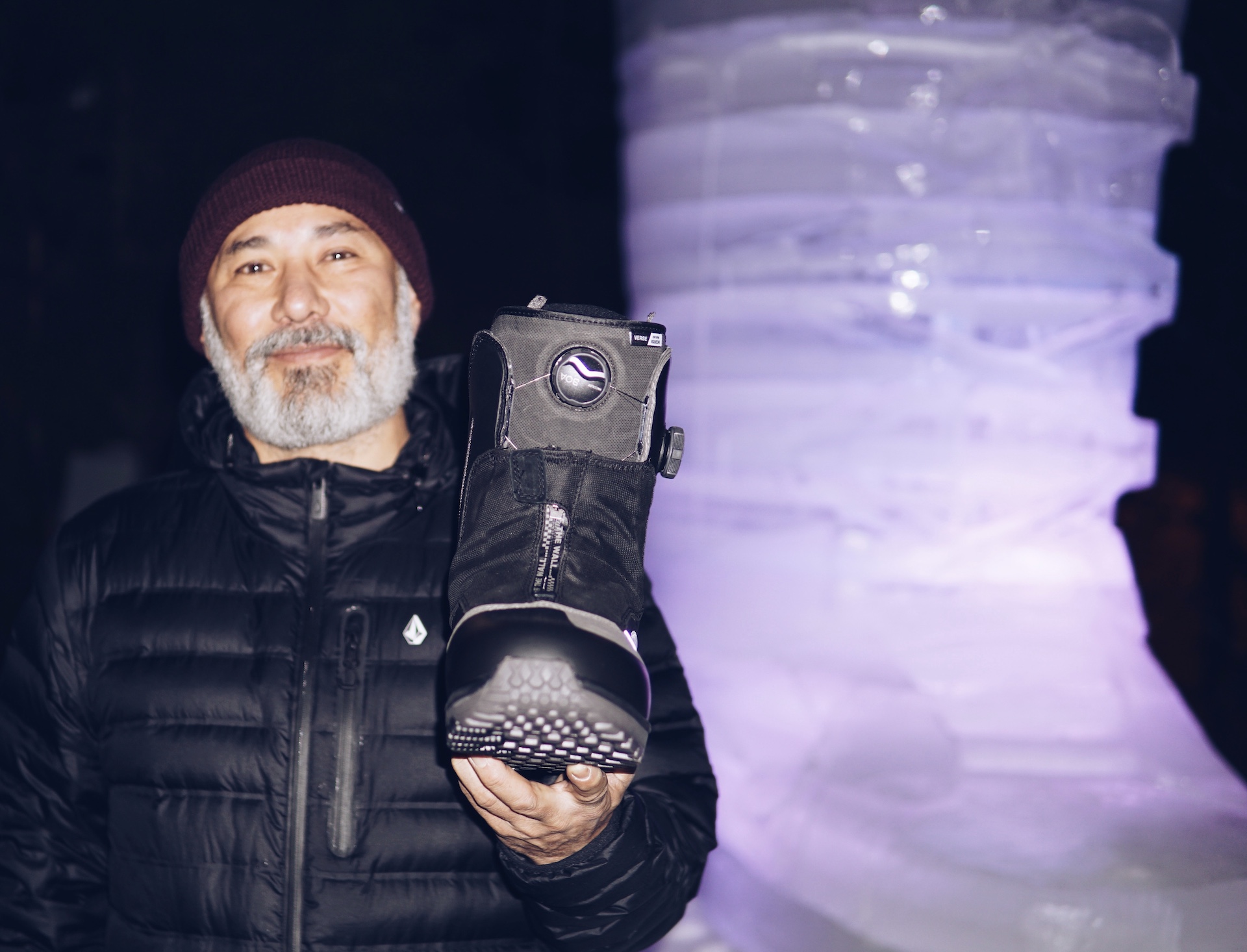 The brand accompanies these initiatives with strong, rich content such as their Triple series and slated for release next winter is the follow-up to Landline and Vans’ second feature length snowboard film, which will premiere in October and go on general release in November. As well as the feature film, Vans are also supporting a number of team rider productions including the hyped Scandalnavians two-year movie, British riders Will Smith and Sparrow Knox are working on a project named ‘Mates’ and Vans are supporting Rene Rinnekangas in his X Games Real Snow project. The brand also has a number of other rider projects they are backing. 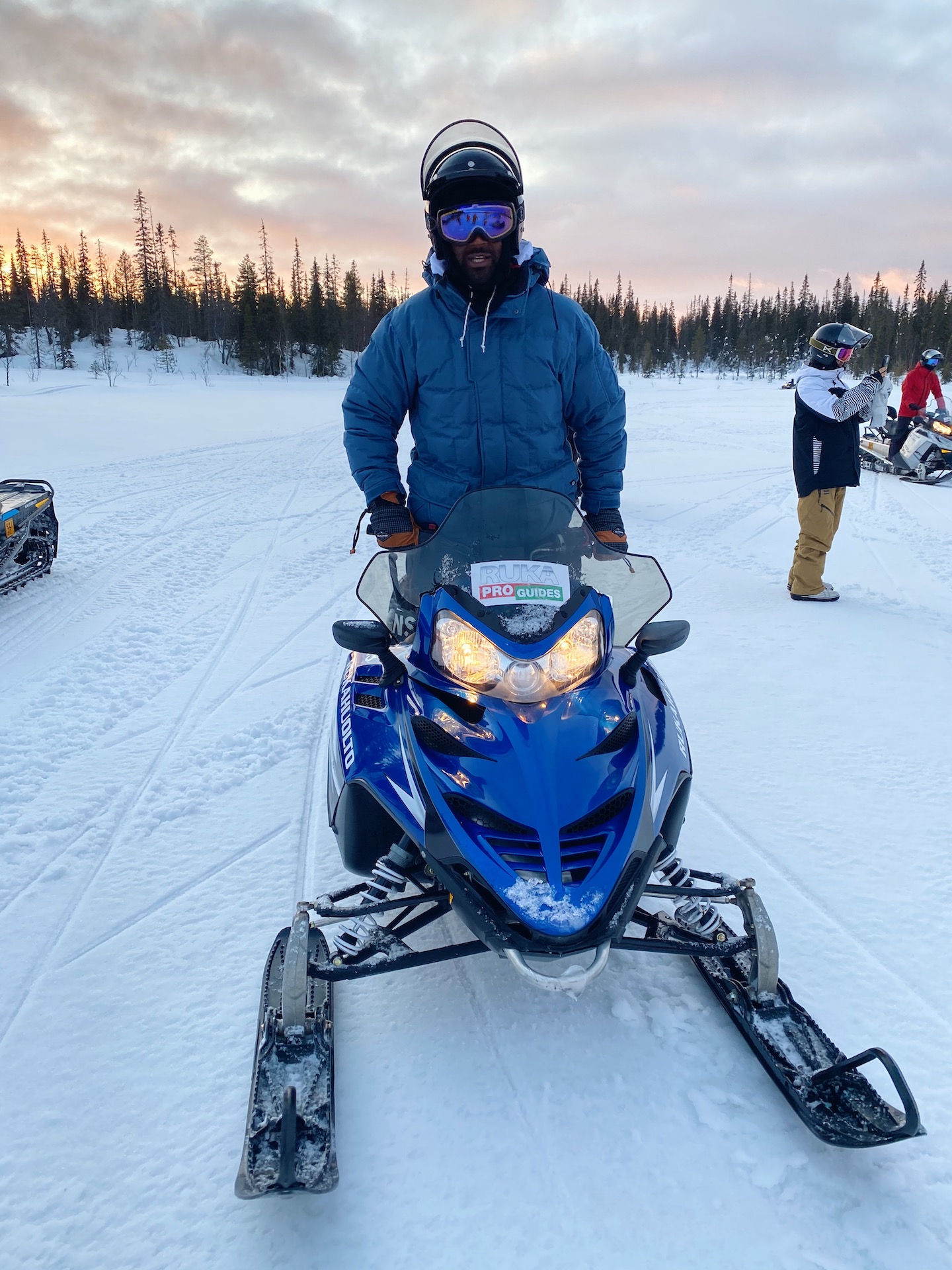 Going back to product, there have been some changes to product names with the brand’s Line Architecture now into its third season. The Line Architecture allows retailers to easily sell products to consumers based on their riding needs and after its introduction in 2018, 2019 saw the brand focus on the real guts of the product and now entering its third year they’re all about ‘Snow Newness’ and are focusing on becoming the premiere lace boot in snowboarding. Name-wise, for 2020, the Implant changes to the Invado, which sits between the Hi-Standard and Aura price bracket. Matt told us the Standard Snow Boot was received well, but that it was just a little too big for practical every day use, so they’ve gone deep with the MTE technology allowing consumers to go “from the mountain to the market.” Guch and Arthur Longo have incredible looking MTE pieces named ‘Ultra Range EXO MTE HI Gore-Tex Deep Winter’ and Vans are also expanding the MTE tech to a number of pieces including a slipper (both open and closed heel) and a kids slip on boot and Snow Cruiser MTE. 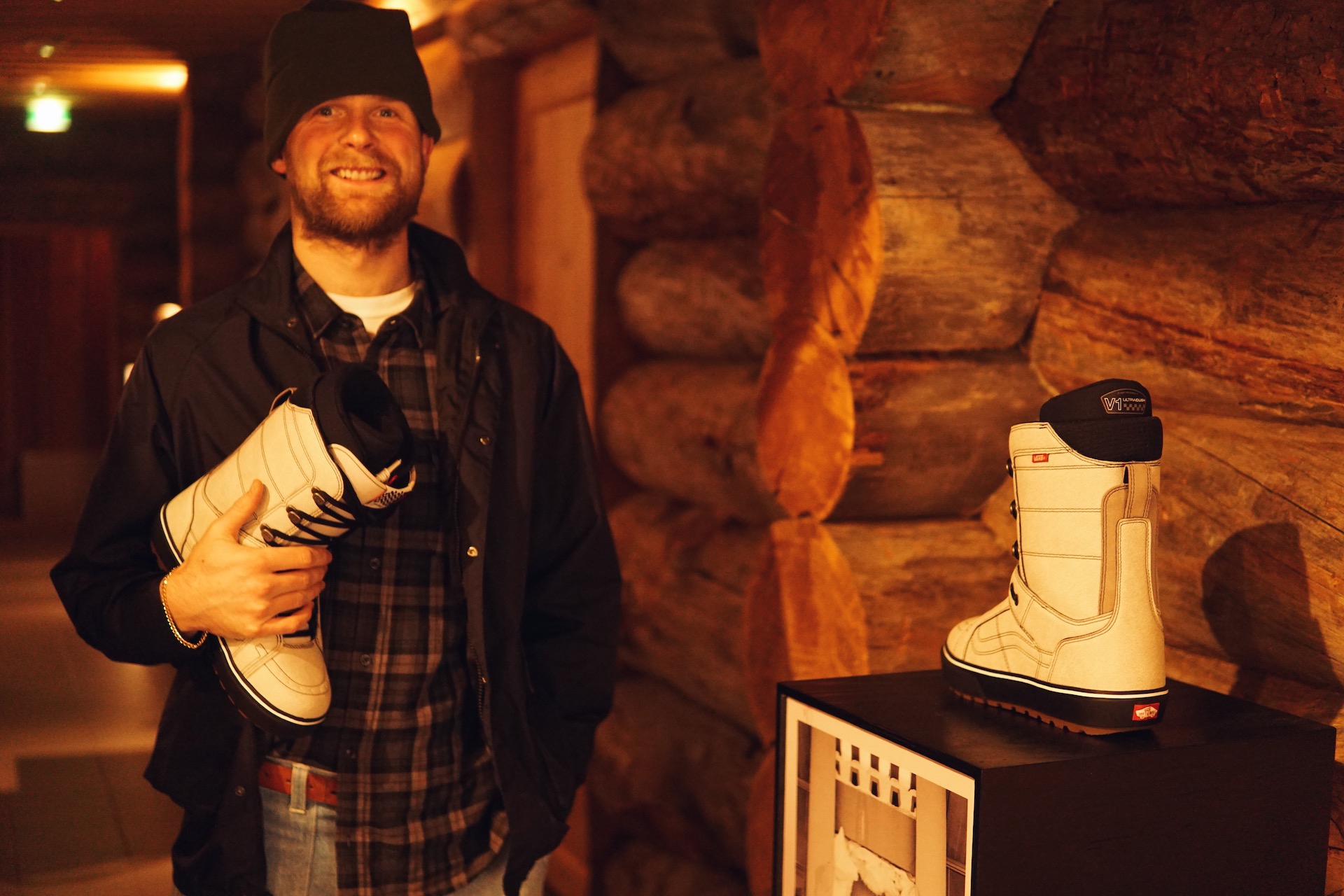 Jake Kuzyk received the pro model treatment for the second winter in a row and his 2020 model is “a continuation from 2019, with a slight development of the colourway with the deconstructed side stripe. I like it because it makes the boot stand out from the rest of the line, but it still has that traditional Vans look on it.” Interestingly, Jake thinks an all-white boot looks bulky, so by adding the contrast stitching, it helps to soften it up and slim down the whole boot. Jake once again worked with his friend and artist Greg Papove on the design.

A huge thank you to Vans for inviting SOURCE once again to this incredible snowboarding event, treating us to unparalleled access to their product and team riders and for delivering such an incredible event.