Bringing snowsports to the centre of London, The Telegraph Ski and Snowboard Festival transforms Battersea Evolution to bring together winter sports, destination experts, beginners, athletes, freesports, panel discussions and much, much more. Back for its 46th year, the festival takes place over half-term (October 24-27) allowing all the family to attend.

New for 2019, the show introduces an action sports area with Graystone Action Sports hosting a skate and parkour popup.

October 24-27, 2019, Battersea Evolution will transform into an alpine arena to host The Telegraph Ski & Snowboard Festival for the fifth year running. With 17,000 visitors in 2018, and the highest number of attendees since its move to Battersea Evolution in 2015, the 2019 festival will mark 46 years of the popular event, making it the longest running winter sports event. Check out highlights of last year’s event below:

Over four days, The Telegraph Ski & Snowboard Festival will unite ski, winter sports and destination experts from across the globe under one roof. Packed full of information for novices and ski fanatics, the event has taken inspiration from some of the best large-scale ski celebrations in the mountains to create an exciting festival right here in London.

NEW! Action Sports Zone with Graystone Action Sports
Graystone Action Sports opened their doors as the UK’s first action sports academy in December 2018 and we’re delighted to welcome them to the Ski & Snowboard Festival in 2019 to create a mini action sports paradise. Freesports such as freeski, snowboard, skateboarding, BMX and parkour all share many values, skills and aerial awareness that pollinate at Graystone and before they opened in 2018, GB’s top freeski and snowboard athletes had to travel the world to find such elite level facilitates.

But now action sports athletes of all ages and ability can use this reduced risk training facility on home soil and the guys from Graystone will be providing skate and parkour demos and entry to skateboard lessons throughout the weekend. Keep your eyes peeled for some of Graystone’s high profile ambassadors shredding their setup over the weekend… 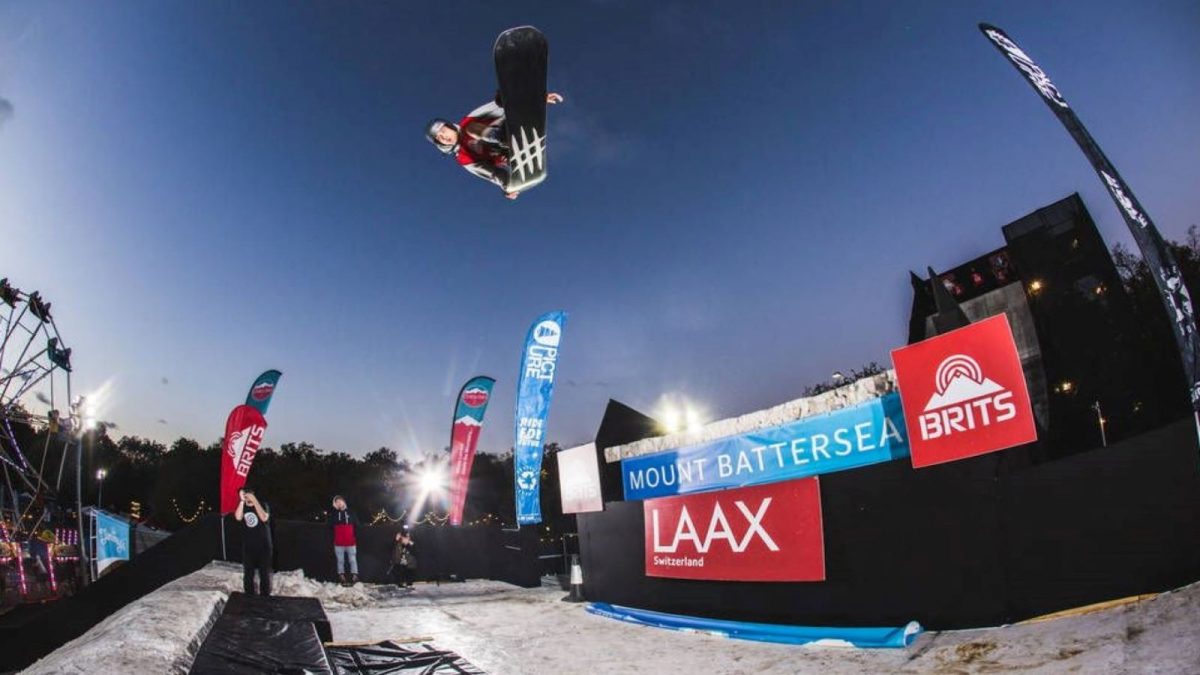 Radical Gains: the GB Park & Pipe Story
Join members of the GB park and pipe team at the festival and be in the presence of medal winning Olympians for an intimate and inspiring panel discussion. The talk will cover their remarkable rise and pioneering British freestyle skiing and snowboarding.

It’s hard to believe it’s been a year and a half since the 2018 PyeongChang Winter Olympic Games, where Great Britain’s park and pipe teams achieved so much success. Billy Morgan’s bronze medal in snowboard big air and Izzy Atkin’s bronze medal in ski slopestyle were crowning glories, while James Woods came fourth in ski slopestyle, only narrowly missing out on a podium spot.

Billy Morgan, the first person to land the biggest trick to date – the quad cork 1800 – will be joined on stage by fellow athletes Peter Speight and Rowan Coultas, hosted by Harry Mitchell from BoardSport SOURCE Mag and Graystone Action Sports Academy. Prepare to hear insights and anecdotes that will help bring this amazing story to life.

The book that documents their rise with stunning photography, will be available to buy with a 20% discount from RRP and the athletes will be ready with their Sharpies! Don’t miss this opportunity to get a signed book to make the perfect Christmas present.

When: Saturday 26th October at 13:00
Where: The Inghams Lodge

We will also be hosting a photography workshop held by James North (responsible for a number of shots in the book) who will give you tips and tricks into how to take the best action snowsport photos.

The workshops are limited to 10 spaces. The participants are required to bring their own camera and accompany James to the slope / mini ramp at the festival to take some action shots! You can only take part in the workshop if you have a ticket. Booking for the workshop will be available soon. 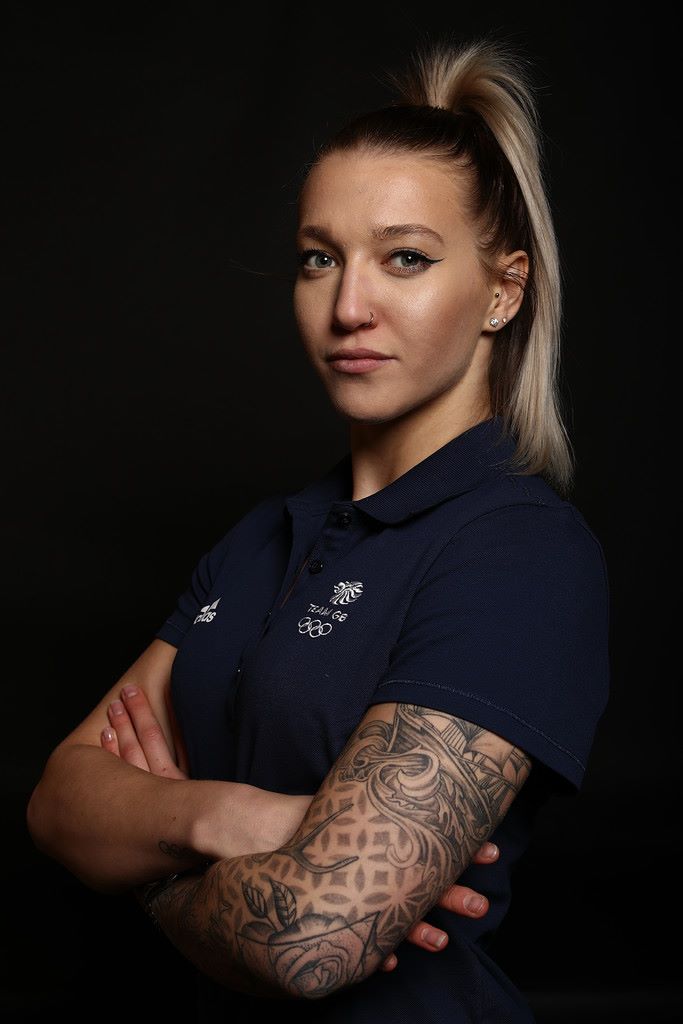 Marking the beginning of the ski season with an exciting line-up of 200 exhibitors including Sierra Nevada, Crystal Ski Holidays and Ski Vermont, The Telegraph Ski & Snowboard Festival is the perfect place for travellers to get inspiration and advice from a host of international professional athletes and The Telegraph’s own-award winning journalists. This year, these will include The Telegraph’s ski technique editor Warren Smith and Team GB’s Winter Olympic and Paralympic stars, all of whom will be on hand to inspire guests with a multitude of incredible stories, experiences and advice that is sure to encourage travellers to book their next ski holiday. It is also the perfect place to shop the latest kit in preparation for a ski or snowboard holiday.

Taking place during the October school holidays, the show will also feature a full schedule of activities, games and entertainment that is perfect for the whole family over the half-term break including an artificial slope, ice skating, face painting, Halloween themed entertainment and more. New features for this year include craft beer tasting, curling on the ice rink and sports taster sessions, as well as an authentic Street Food Village serving delicious alpine food and drinks, competitions and a fantastic line-up of live music, DJ sets and comedy. With more entertainment to be announced soon, the show will also offer two nights of après entertainment to bring the atmosphere of the slopes to London to provide a true ski holiday experience. 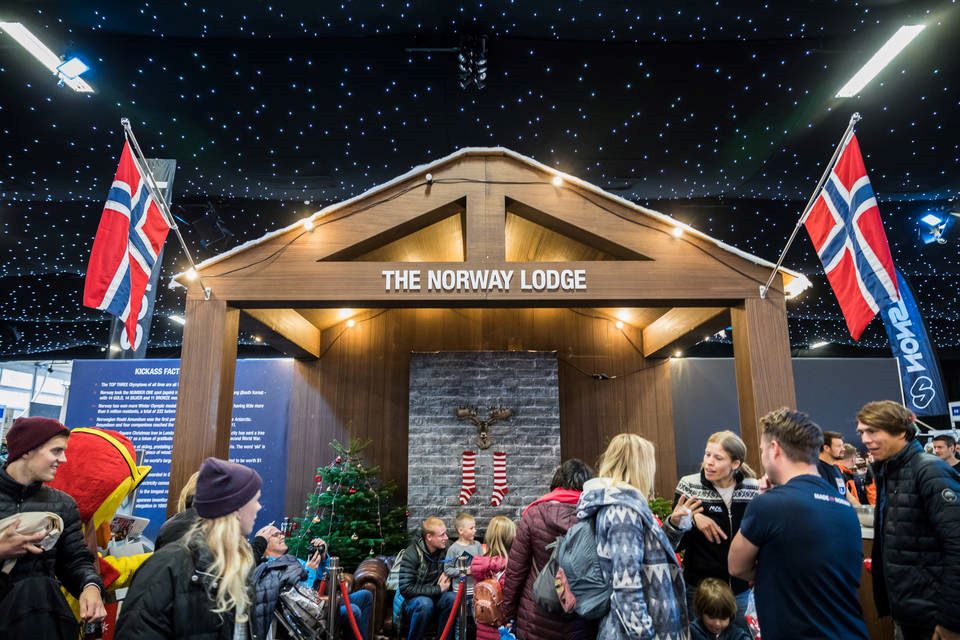 Tickets to the event start from £21.65 per person (including access to the Après event).

For more information on The Telegraph Ski & Snowboard Festival, or to purchase tickets, please visit https://www.telegraph.co.uk/events/event/the-ski-snowboard-festival-2019/.