Boardsport SOURCE caught up with Peter Bauer at Amplid to learn about their innovative new surface technology called  STRATOSPHERIC. Rolling out the technology on Amplid splitboards, it enables the boards to be lighter in practicality rather than just on-the-shelf; allowing a ride free from snow clearance. 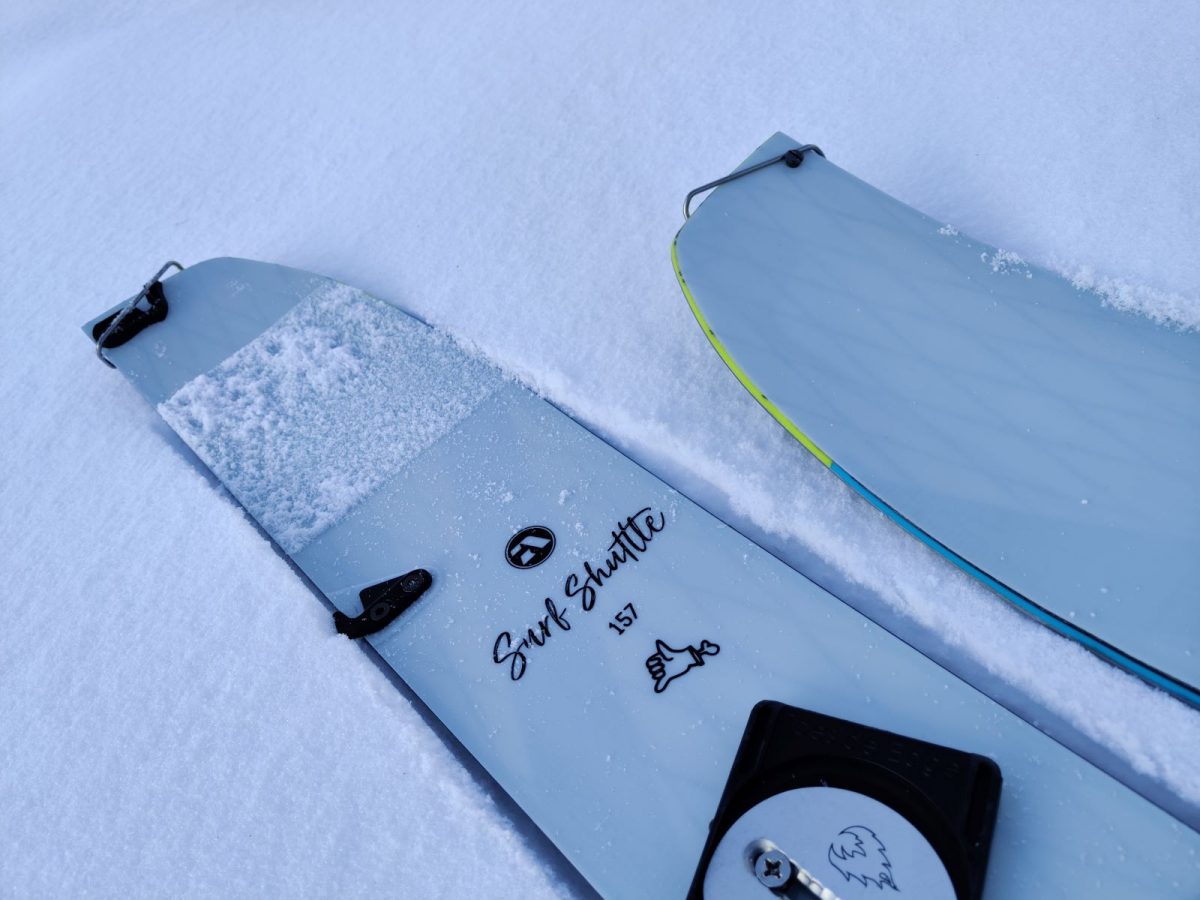 In the shade test; Amplid

Tell us about your new splitboard tech.
Everybody knows the problem when splitboarding, to be precise, when skinning up: We all love the sun. There is nothing more breathtaking than a bluebird day with 40 cm of fresh pow. What we hate though, is when the snow starts sticking onto the topsheet, turning your splitboard into a 5 kg anchor, adding more resistance to your movement than Usain Bolt’s stairmaster. And: The stronger the sun and the darker your board, the more heat will be generated when radiation in the frequency range of UV and NIR (NearInfraRed) – emitted by the sun – hits your topsheet. This radiation very quickly means the board’s surface temperature increases easily above 0°C. This condition results in snow melting on the topsheet. Subsequently the topsheet is covered by more snow which then functions as a sun shield. The temperature of the surface drops again, the snow freezes, sticks to the topsheet and adds weight.

So how do you want to fight that problem?
In order to avoid the sun warming up the topsheet of the board and letting the snow stick to it, we made sure the upper surface remains cool, so that snow won‘t melt and can slide off easily. A “cold” splitboard will always be a “lighter” splitboard, both skinning up as well as riding down.

And how does your solution work exactly, and is it used in any other industry?
Inspired by horticultural building science and based on the mechanism of selectivity-based shading systems, we have added light-reflecting pigments to our splitboards’ surfaces. Tiny lenticular objects, sitting on top of the upper laminate, work to filter out those heat generating light waves – doing a similar job as the stratosphere does for our earth – while our beautiful board graphics remain visible to the art connoisseur. In order to reach the maximum cooling effect, the concentration of those additives can be dialed precisely to give the perfect shading intensity in correlation to the light transmitted in the opposite direction (i.e. visibility of graphics). Our current pigment concentration reduces the solar transmittance by approximately 51%. Thanks to our patented innovation, the topsheet stays cool, the snow doesn’t get sticky, the board stays light during skinning. 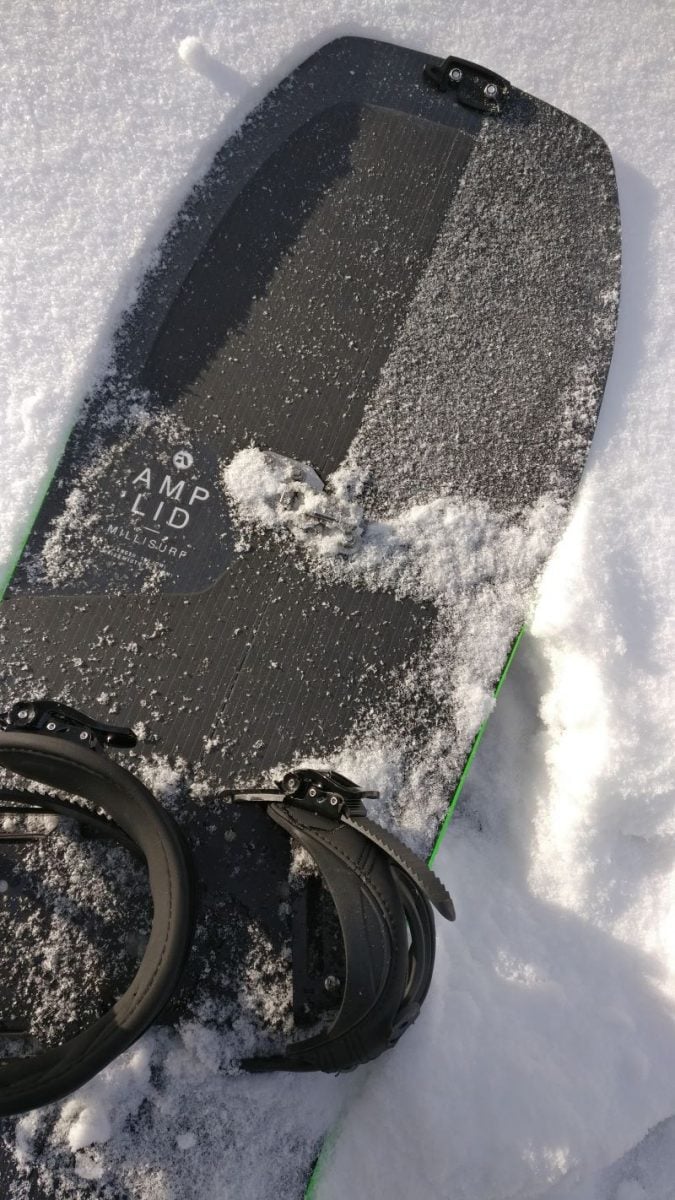 Where did you develop it?
I have been experimenting for the past two years, on my splitboarding trips. But I searched on the wrong end of the problem. I have tried all kinds of snophibic treatments, from silicon to parafins, from glossy surfaces to structured ones. We got stuck in chemical and mechanical solutions – but the “real” solution is an optical one. Because at the end the temperature is the main problem. We made test sheets with different colours and different coatings and measured the surface’s temperature with an infrared gun. Very interesting experience.

Seems like a huge advantage?
Yes, I see it like this: We have been able to manufacture the lightest splitboard – our Milligram – about 5 years ago. Other brands came closer and closer with their weight. But the weight we are talking here is the weight the board has in your living room. Out there in the snow, the story is completely different: Very quickly the sticky snow adds a few kilos per board half, depending on the humidity of the snow. So, you can say an Amplid splitboard may be lighter by 5 kilos in its real habitat. Will you be rolling this out to any other snowboards in the line?
Right now, it will be on all Amplid splitboards. We are currently testing it on our solid boards as well, so we’ll see where that takes us. It adds some cost to the board, but for splitboarding the advantage is so obvious – you won’t want to skin anymore without it.

Will you license this tech out to other brands?
No idea yet. We are currently focusing on our products and will keep on developing it. We got already approached by a ski brand, but we said no for now.

What does this mean out there in the backcountry for the rider?
That’s pretty easy: While your skinning buddy has to stop after every 10th kick turn to wipe or scrape the snow off his board, you can just keep cruising up as your two board halves weigh around 3 kg less than your buddy’s. Or in short: You will get first track when dropping into the gully.