The Paris Surf and Skateboard film festival has announced the first 4 films of the official programme. From the surfing category, Outdeh and Water Get No Enemy; from the skateboard category, Rom Boys: 40 Years of Rad and Pretending I’m Superman. The rest of the programme will be announced shortly. 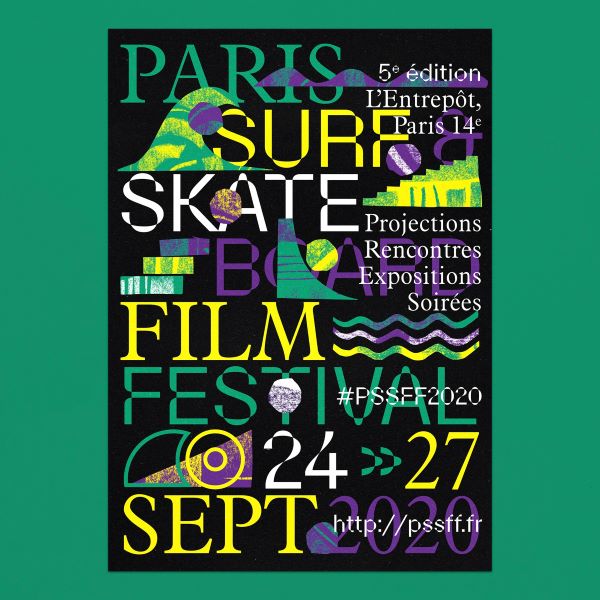 The PSSFF team is pleased to reveal the visuals of the 5th edition of the festival as well as the names of the first films of the official selection.

The jury, the rest of the programming and the OFF (projections, meetings, exhibitions and evenings) of the PSSFF 2020 will be announced soon.

In light of the current situation, we will obviously do our utmost to welcome you in the best possible conditions.

The First Films Of The Competition
Surf Films:
Outdeh
Louis Josek
Austria, 2019, 79’
Outdeh is a documentary film that portrays the Youth of Jamaica: a new generation in transition, determined to get out of old and set structures in society and culture – and contribute with their fresh mindset and strength to a new understanding of the island.

Water Get No Enemy
In June 2018, professional surfers Damien Castera and Arthur Bourbon flew to Liberia, one of the poorest countries in the world. For their film Water Get No Enemy, they met the first generation of surfers in the country. Among them are former child soldiers who, 15 years after the end of the civil war, want to rebuild themselves through surfing.

Skateboard Films:
Rom Boys: 40 Years of Rad
Matt Harris
UK, 2020, 79’
When a tragedy strikes the world’s most unique skatepark, a group of old school skaters, BMX riders and street artists team up to fight for its survival.

Pretending I’m Superman. The Tony Hawk Video Game Story.
Ludvig Gür
USA, 2020, 72’
In 1999, Tony Hawk’s Pro Skater video game series came out: it shook up the gaming world and changed the skating world forever. Pretending I’m Superman tells the story of skaters and developers who got together to create one of the most lucrative video game franchises ever, immortalising Tony Hawk’s name.

Previous
Blue Yearbook 2020 Now On Sale Thanks To Successful Crowdfunding