With 25 years’ experience under her belt, a proven track record of successful development of brand strategies and growth and 2 years as Vice-President of Marketing at Nixon, Nancy Dynan has been promoted to President of Nixon. 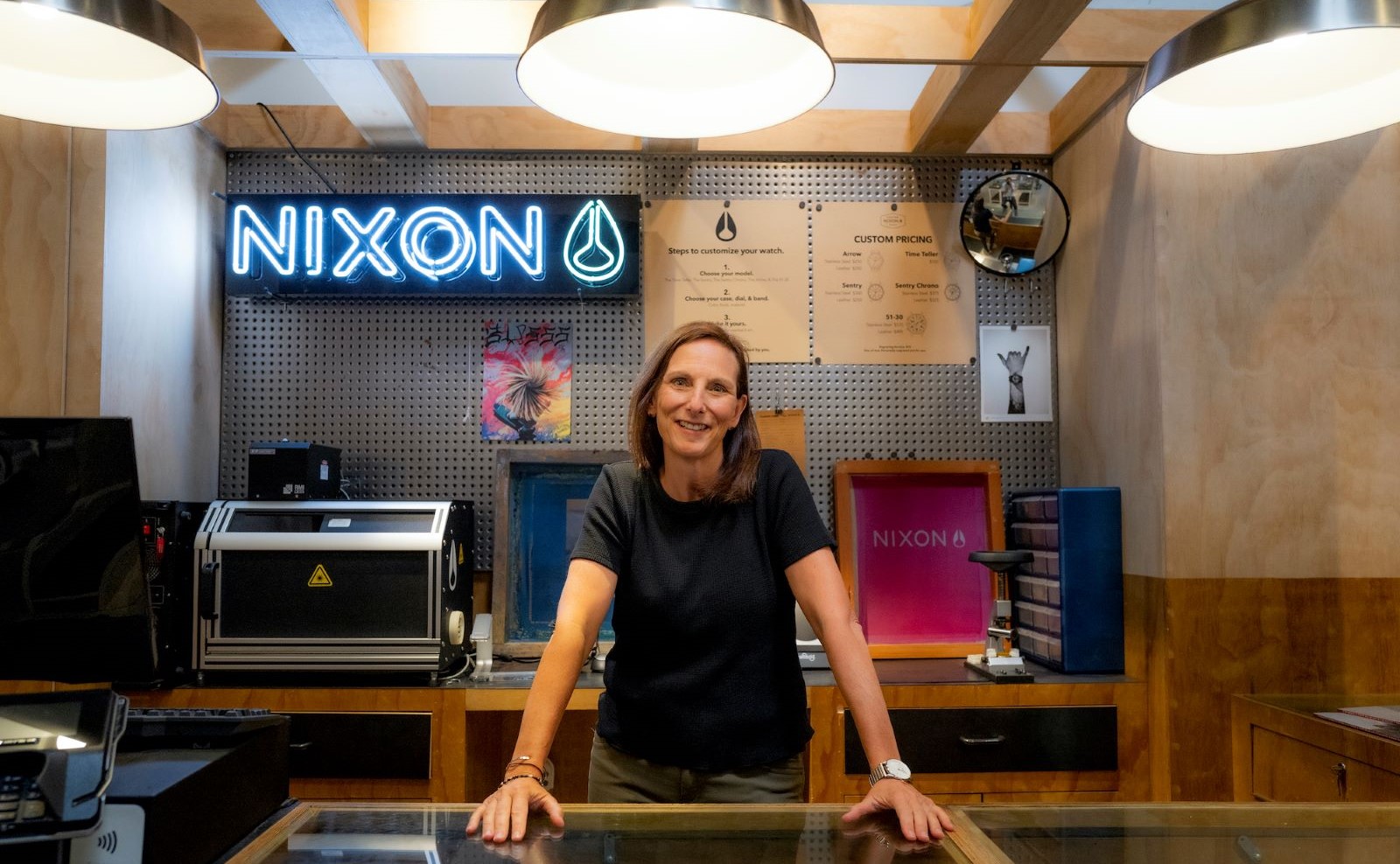 Nixon, the California-based watch and accessory brand, announced today that it has promoted Nancy Dynan to the role of President. As President, Dynan will oversee Nixon’s business globally, taking on the responsibilities previously handled by outgoing CEO Scott Kerslake, who has stepped away from the role in order to pursue new opportunities outside the company.

Dynan joined Nixon from prAna in 2018 as the Vice-President of Marketing. Since joining the Nixon team, she has played a key role in the architecture of Nixon’s future strategic plan while successfully rebuilding the Nixon marketing and creative teams, and elevated digital marketing to focus on the broader global consumer landscape.

Kerslake, who joined Nixon in 2017 as CEO, was instrumental in rebuilding Nixon’s leadership team and streamlining its business on a global level. His thoughtful leadership, mentorship, and commitment to the brand are appreciated by Nixon’s cofounders and the company as a whole.

“They say that A players hire A players, and when Scott hired Nancy it was immediately clear she had the potential to lead Nixon in the future. I’m excited to have her in a position to realise that potential and see the Nixon brand thrive under her leadership. Scott came to Nixon at a point where we needed new leadership, and we would like to sincerely thank him on the great job he’s done during his time here,” shared Andy Laats, Cofounder and Executive Chairman of Nixon.

Dynan has a history of successfully developing brand strategies, building teams, and driving growth. She has over 25 years of experience with direct-to-consumer brands. Prior to joining Nixon from prAna, Dynan oversaw market-leading teams and strategies at such notable brands as Boden, and L.L. Bean.

“As a long-time fan of the brand, I am excited about the opportunity to lead Nixon,” said Dynan. “We have a talented leadership team in place and a strong go-forward plan for the company. I’m confident in our ability to respond to the rapidly changing retail experience and bring bold, new products to our customers.”

Dynan is based at Nixon’s Encinitas, California-based headquarters.