Legendary Tignes-based snowboarding chalet the Dragon Lodge turns 25 this year. Working with endemic snowboard companies like Vans and Dragon for most of that time, Dragon Lodge has become a home away from home for snowboarders, skaters, artists and musicians and has become much more than just a lodge, it’s a snowboarding institution. We caught up with DLS owner John Bassett (issue 104 cover boy) to hear about a new partnership with Volcom and long-time friend of the Lodge, Schoph.

John, congrats on 25 years… tell us your one lasting memory from year 1 at Dragon Lodge.
Thanks man, can’t quite believe it, definitely wouldn’t have imagined still going 25 years later when we started. We just wanted something that would allow us to keep riding each winter, and creating a place that we, our friends and likeminded riders would actually want to stay at seemed a great idea at the time as there weren’t really many, if any, places like that for snowboarders at the time.

The first year was pretty hazy, good snow in the winter, lots of friends and UK skate & snowboard shop trips staying with us, but maybe the one lasting memory is actually the first summer. The glacier was great back then, fun park and pipe, a good summer crew of local and visiting riders, but most memorably it was also the year France hosted and won the World Cup, summer of 1998. I remember riding in the morning and watching the football each afternoon and evening, and the night France won was pretty special, to say there was a big party in town is a massive understatement! Please tell us about the new collaboration with Volcom.
So stoked to be partnering with Volcom! Obviously they’re a great brand, making great outerwear, and they’ve been in the game and supporting snowboard culture and snowboarders for longer than us.

The collaboration came about through Schoph. Schoph has been a friend of the mine and Will’s for 20 odd years, riding, working and collaborating together. He’s an official part of the Dragon Lodge family and permanent ‘artist in residence,’ with the Lodge itself acting as an unofficial gallery that proudly showcases his evolution and development as an artist over the years.

While riding together last winter, talking on a chairlift, and not having an outerwear sponsor since the pandemic, he just suggested he put us and Volcom in touch as he works with us both and though we’d be a perfect fit… “a no brainer” as he said in his intro email, haha!

Not only were Volcom down to support us with great gear, but they were really into the idea of creating something together. They’ve always been into supporting the art, music and creative side of boardsports culture, so the Volcom X Schoph X Dragon Lodge project was born. The idea was to turn one of the “mini-lodge” apartments upstairs into the Volcom apartment, and most excitingly, to commission Schoph to create an original, large-scale piece of art as a centrepiece. We went out in the summer and did just that: Schoph designed and painted the piece, Will and I helped with the woodwork, and Aaron Schwartz came for the week to shoot photos.

So, the Volcom apartment at Dragon Lodge is now open and we’re really excited to see what people think of it as it looks great, and hopefully it’s the start of a great collaboration with more to come in the future… 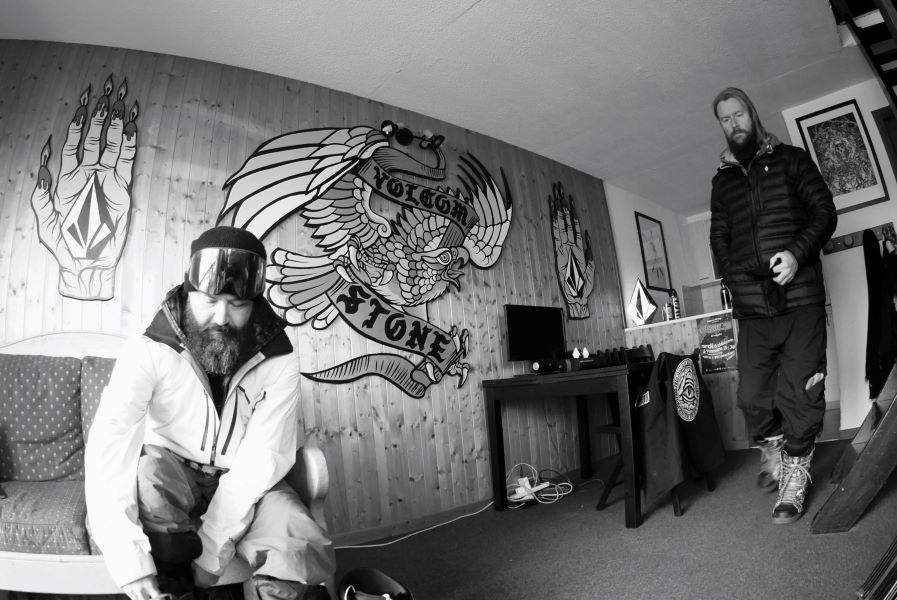 Schoph’s gone from strength to strength and is prolific with his artwork. Please tell us why you think Schoph’s art resonates in the snowboard world as much as it does...
Obviously he’s just damn good at it, in multiple styles and disciplines, but just like snowboarding, for those who excel, it’s a mix of raw talent, unique style and hard work perfecting a trick or painting technique

Importantly Schoph’s also snowboarder at heart who really loves the act and culture, has been for years and always will be, so he instinctively knows what works artistically on whatever snowboard related medium he’s commissioned to create on from boards to boots to outerwear…which is why it resonates in the snowboard world as much as it does and is why he’s working with the best, from brands like Volcom, Vans and Lib-Tech and it’s why he is asked by riders like Travis Rice & Pat Moore to put his mark on their signature lines, and why he’s collaborating with Jamie Lynn on their joint brand 1910.

Which other brands do you work with and what does this look like at Dragon Lodge?
We’ve always had a small but tight number of great sponsors, all of whom we’ve been supported by for years. Some like Remind Insoles, Airhole and NOW bindings are more simple situations where they provide great product for us and our team to use each winter, and we promote and endorse them to our guests both in resort and in any promo.

Then there are Vans and Dragon, who we’ve been supported by for 16 and 20 years respectively. We do the same great kit for us / promo for them deal, but also over the years they have both helped put on events and gigs with us in Tignes, have run UK and European team and media trips to the lodge with their riders, hosted product tests & shoots, and run some great retailer incentives where they bring out shop staff to ride. Hopefully the Volcom partnership will develop like this too.

We started off hosting skate and snowboard shop trips 25 years ago so love those weeks. We always try and recommend good local shops to our guests, and work especially closely with a couple of shops (TSA in the UK and Tignes Spirit in France) where our guests can get discounts, especially on our sponsored brands’ products. 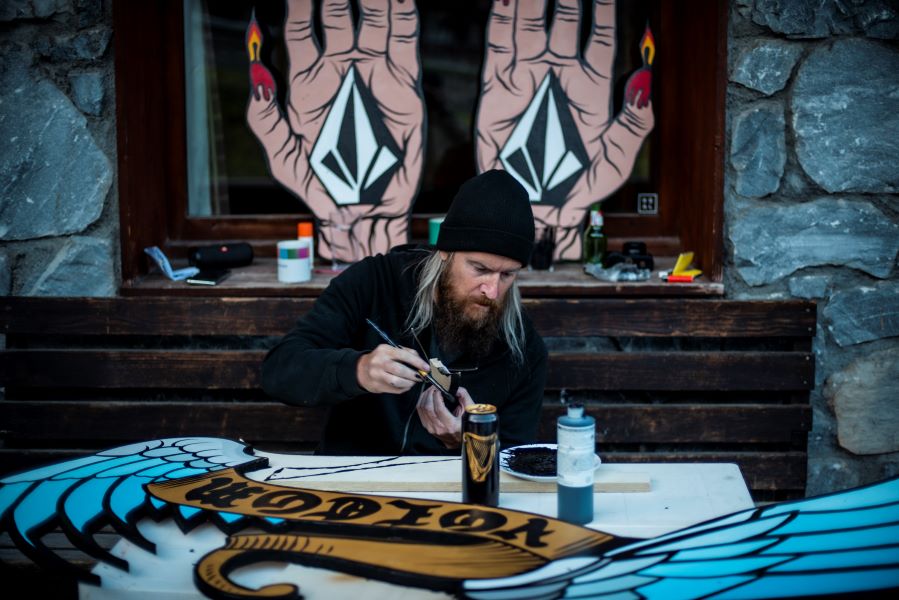 It’s been a tough few years for snow holiday companies… how’s this season looking for bookings?
Tell me about it! I know it’s been hard for all the snow holiday companies and some didn’t make it. Last winter was actually really good with so many people super keen to get back to the mountains for the first time in a few years, and lots of our regular guests really supported us. This year bookings are pretty good, especially early season where we always host a number of camps with snowboard coaches Neil McNair and James Stentiford. January’s a bit quiet as I write this and I think people are understandably waiting on the snow, and obviously times are hard financially for a lot of people…so fingers crossed for an upturn in the economic situation, an end to the war in Ukraine, and an epic season snow-wise!

How has Brexit and Covid changed purchasing behaviours?
Covid pretty much shut it down for almost two years as far as UK riders visiting Europe went, and they’re most of our guests, so it’s good to have them back. Although there is some trepidation related to it and booking any travel or holiday, it’s definitely easing now.

Brexit has been a massive issue though…ever since it was announced, even before it came into place, it caused increased costs for us and UK-based travellers as the pound to Euro exchange rate worsened, adding 10% – 20% extra in costs which is still the case now. This has an effect for us and our British guests on everything from our prices, airport transfers, lift passes, equipment hire and purchases, food & drink in resort. So although those who are keen to ride will still find a way, it’s increasingly becoming more expensive and difficult for everyone unless they’re really wealthy (which is not our client base!).

What are the coolest things in snowboarding right now?
Being able to just go snowboarding again after Covid/injury, Arthur Longo footage and Island Snowboards!

Honestly, snowboarding seems to be in a good place, more diverse as far as participation and exposure of different styles of riding, more women getting coverage, great edits of street, backcountry, carving, side hits…but one of the coolest thing for us is to be involved in a small way with my brother’s board brand Island Snowboards. He started the lodge with me 25 years ago, moved to Japan about 15 years ago, and started Island about 3 years ago. I’s amazing to see him build & develop it slowly and it’s been great to have a small involvement in that process, to ride and give feedback on prototype boards, and Will’s been giving some design input on a new model that’ll be out this year which we’re super excited to get to try when we finally get back out to Japan in January for the first time in three years! 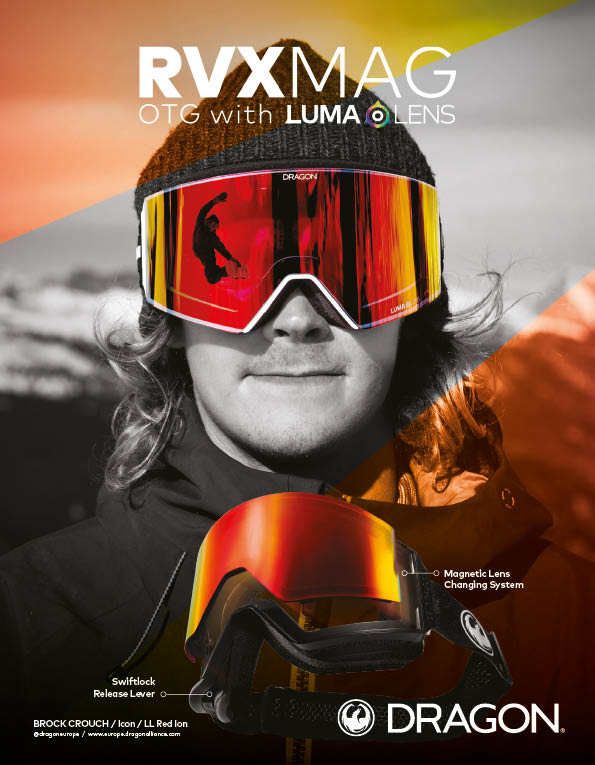 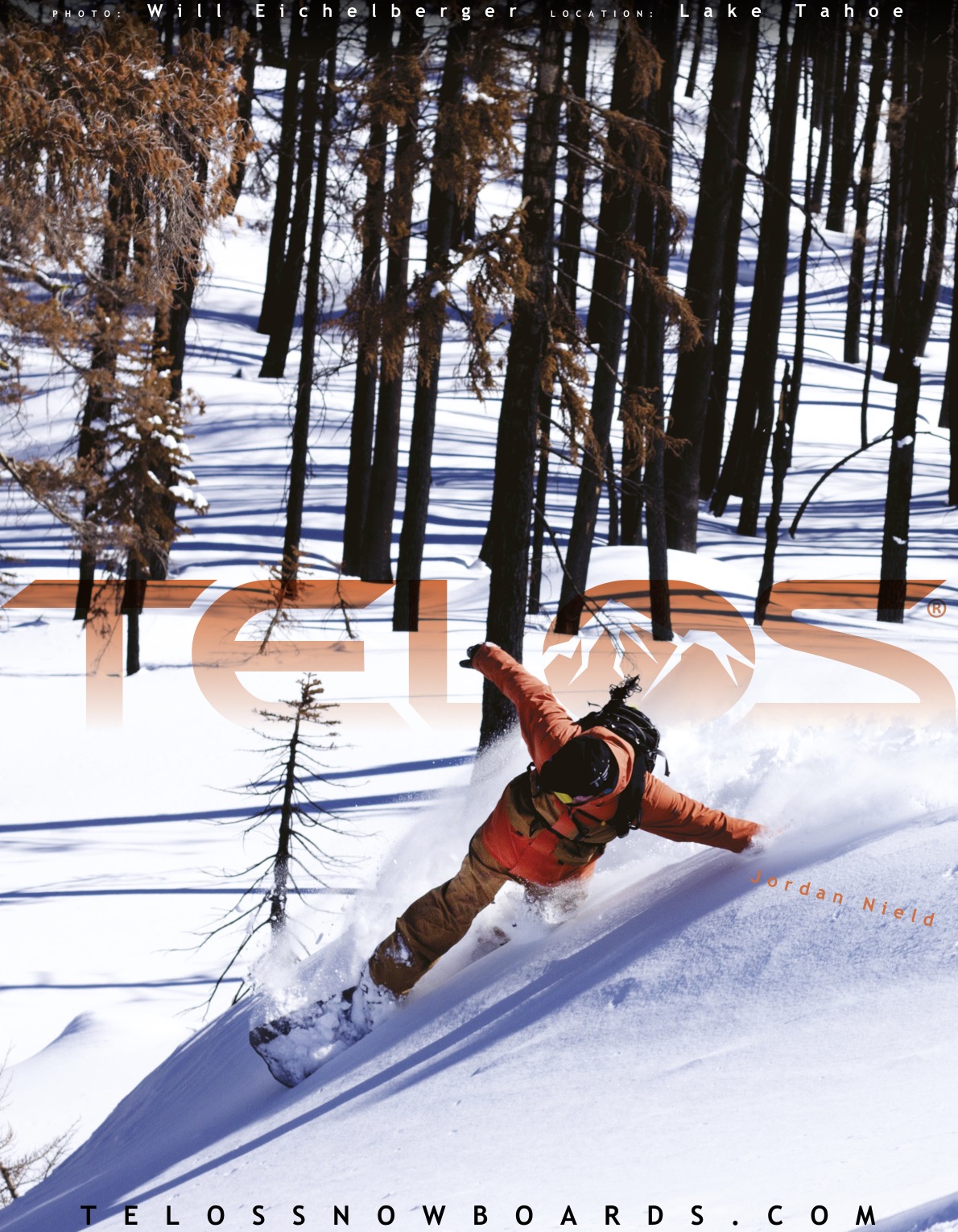 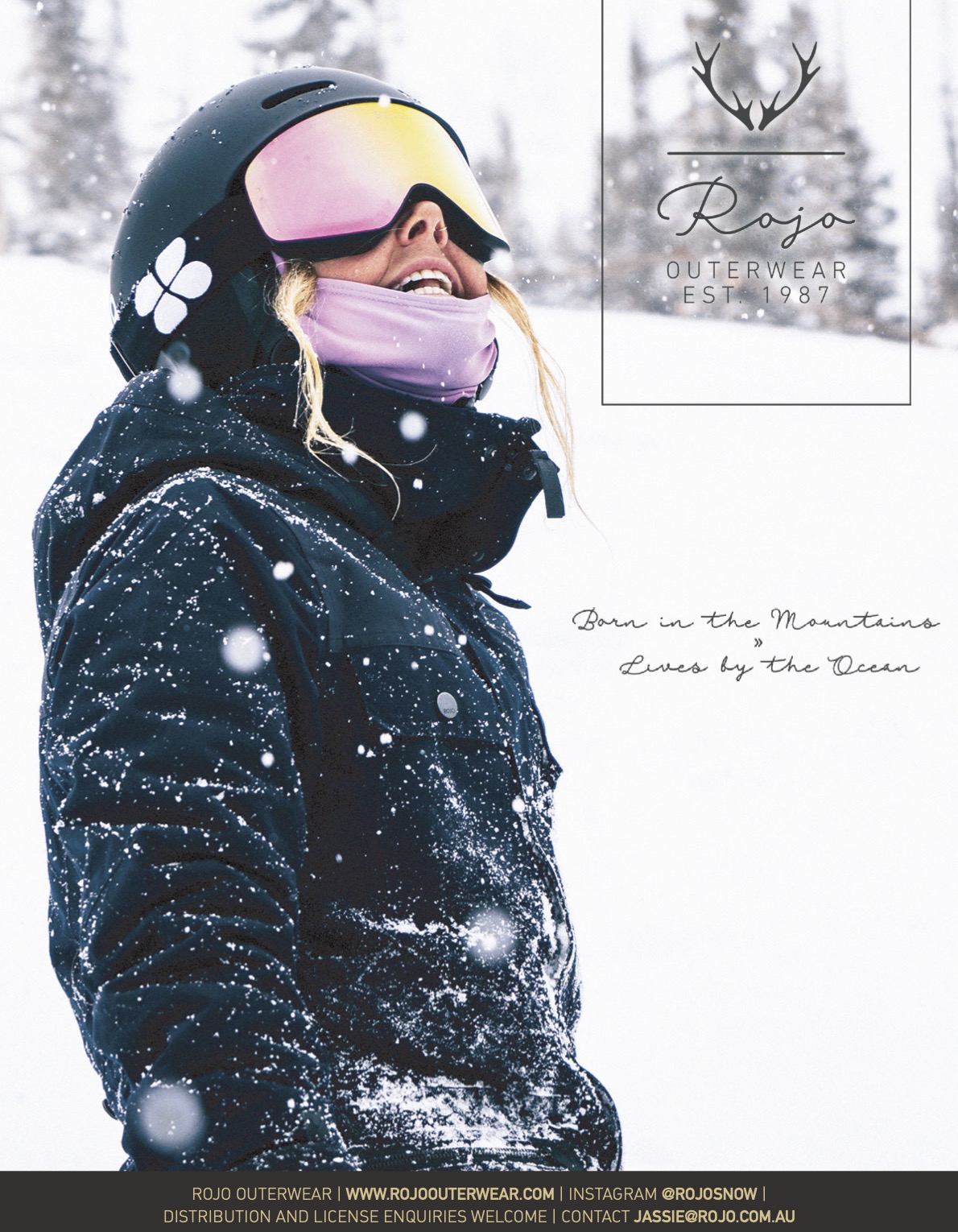