Nic Powley, owner of Skate Pharm, located on the south-east coast of England (Margate), guides us through the ups and downs of the shop since the beginning of lockdown. Nic’s a well know and respected figure in the UK skate scene and he delivers some great insight in consumer trends throughout the lockdown and after. Nic noticed a boom in online-sales during lockdown and since reopening he’s seen a lot of skateboarding returners, girls and a lots of new local backyard ramps spurring the boom.

Nic, please talk us through the process from the UK closing down, how you pivoted and worked through the confinement?
Basically, through March, there was a steady slowdown due to people following the government advice to stay at home. I took the decision to shut the shop on the 22nd as there was no point being open at that stage. On the 23rd the government in the UK announced forced closures of all non-essential shops. That also happened to be my birthday, so it was quite a “rainy” day!

You have a strong online presence, but also have a physical interaction spot. How did sales in both look like throughout the lockdown?
Our online was frankly dead for the first two weeks after 23rd March. I guess everyone was just holding onto their money to see what would happen next. Then, it just started going up day on day and it’s still busier than it would normally be at this time of the year. Online activity did calm down once shops re-opened on the 15th June. Our in-store sales recovered to the seasonal norm the day we opened the doors again. Admittedly, we’re right on the beach and it’s the middle of summer, so that really helped. I reckon if we re-opened in winter it would have been a very different story.

We’re hearing skateboard hardgoods have been very popular. Can you confirm?
Yeah, we’re probably selling more beginner completes than ever, also a lot of cruisers and longboards. Our regulars are also going through more decks. We’ve had an almost endless run of dry days (doesn’t happen too often in the UK), plus now there are a lot more people with free time on their hands than usual.

Have you noticed anything interesting about your clientele post lockdown?
A real lot of teenage girls getting into skateboarding definitely, that’s very noticeable! But in general, just a sudden surge of people starting skating. A lot of people who dropped out of skateboarding, getting back into it. In terms of our more general, non-skate customers, I’d say people have been way more polite and patient. They’re just happy to be out and about, and able to go into a shop and just chill. Although the mask thing has now taken that back a bit, since we can’t see the smiles.

Throughout the closure, which brands showed you the greatest levels of support?
There were a couple of big brands who were chasing invoices and demanding payment plans, despite the shop being closed. We were really surprised to see that kind of unsupportive behaviour in such difficult times! But, on the other hand, Shiner, Keen, Power and Rock Solid as distributors have all been pretty good through it all. In terms of keeping me updated with stock and other bits. It’s a new situation for everyone and because the rules and conditions change daily, our work sometimes can look pretty chaotic. 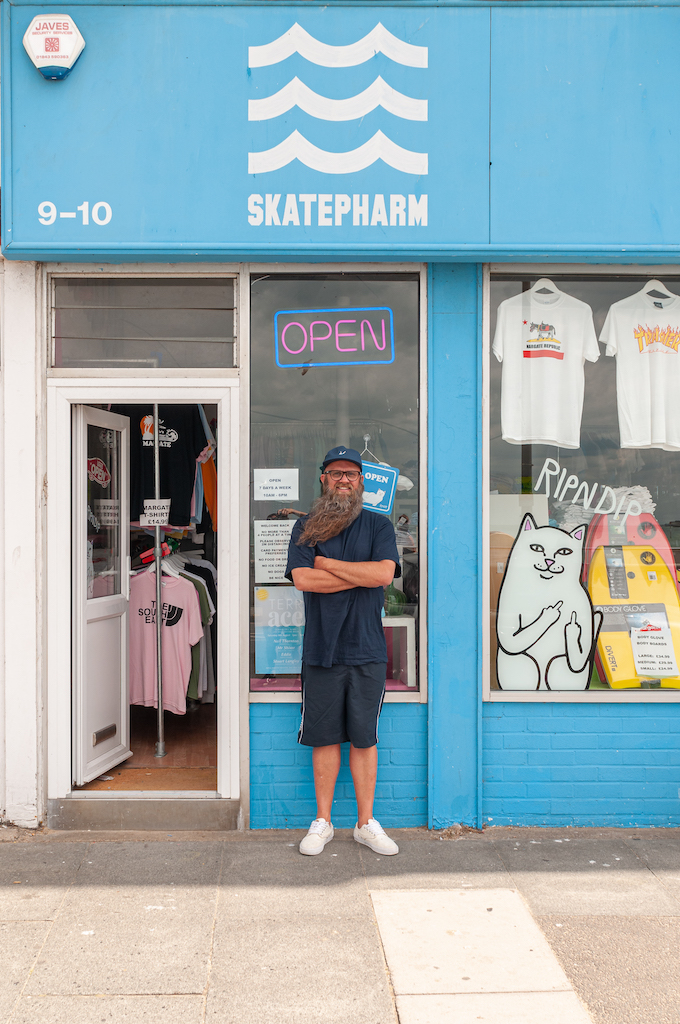 What percentage has COVID-19 affected your business for 2020 and how do you expect it to affect in 2021?
In all honesty, I haven’t even tried to get my head around the stats yet, just taking one day at a time. I know we’re good for the time being. I came out all the way from working through lockdown decorating the shop, then dealing with the online part, to opening the door back up in peak season. It feels like I’ve only just got my head back above the water! I’ll assess the situation at the end of summer, once I have time to sit down and think properly. I think Christmas this year could be pretty decent just off the back of how many people have started skating now.

Please tell us the opportunities you see arising from current situation.
I know there’s a lot more backyard ramps and DIY spots as a result of the lockdown, so that can be a positive side effect I wouldn’t have really considered before. I mean, I really didn’t picture for a second that lockdown would get more people skating, it seems kind of obvious now, but I don’t think anyone expected it, did they?