WSL announces that Kieren Perrow will be stepping down to a supporting role after six years as WSL Commissioner. Pat O’Connell, former WSL Championship Tour competitor, and current VP of Sports Marketing at Hurley, will be stepping up to take the role. 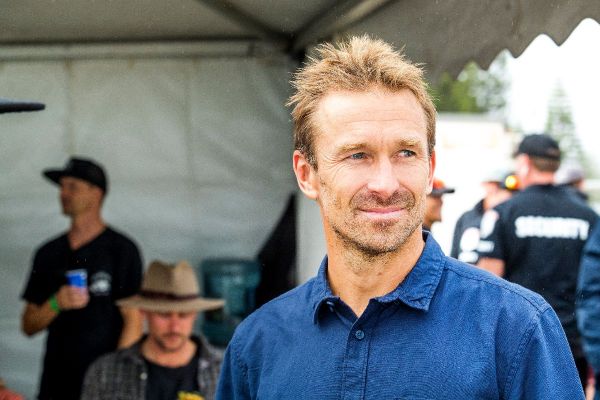 Press Release: LOS ANGELES, California/USA (Monday, February 11, 2019) – The World Surf League (WSL) today announced that after six years in the position, Commissioner Kieren Perrow is stepping down to take on a supporting role at the WSL, which will leverage his decades of experience in evolving and championing the technical aspects of the sport.

“I’ve been a part of professional surfing my entire life, and I never imagined it would get to the level it’s at today,” Perrow said. “To be able to live out my dream on tour as a competitor, while also being a surfer rep and board member, was a massive high point in my career. However, getting to transition into my role as Commissioner and foster new talent and development pathways for surfers, has been even more rewarding. I’m really proud of my team and the WSL for all we have achieved together. With the role now needing to be based in Los Angeles, I’m taking this opportunity to step down and spend more time in Australia with my family, while continuing to be a part of professional surfing in a more focused capacity.”

Pat O’Connell, former WSL Championship Tour (CT) competitor and current VP of Sports Marketing at Hurley, will succeed Perrow in the newly titled WSL role of SVP, Tours & Head of Competition (formerly titled “The Commissioner”), overseeing the Commissioner’s Office roles and responsibilities. O’Connell will be based out of WSL Headquarters in Los Angeles, California.

“Words can’t describe the amount of respect I have for the WSL, Kieren and his team,” O’Connell said. “From competitor to surfer rep to board member to commissioner, he really has given his all for surfing to get it to where it is today and I couldn’t be more thankful. It’s super hard to leave my family at Hurley as it’s been such a huge part of my life for more than 15 years. I’ve had an incredible experience at Hurley, but I’m beyond excited for the opportunity to lead the competitive aspects of surfing and further elevate the sport. I believe in the WSL, I believe in what it can be, and I’m stoked.”

“Kieren’s leadership over the past six years has significantly contributed to the success and improvements across the sport, and we’re very pleased that he will continue to work with us in a new capacity,” Sophie Goldschmidt, WSL CEO, said. “I am delighted that Pat O’Connell has agreed to join the WSL to fill KP’s shoes. He has held a number of diverse roles within surfing, both as a competitor and on the business side, and his passion for the sport is infectious. He will have the support of an incredible team at a time when momentum is building across all surfing disciplines and taking the sport to new levels.”

Next
Fallen Footwear to Re-launch