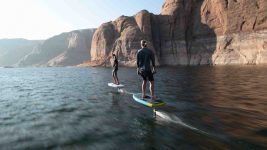 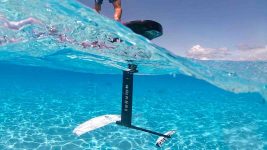 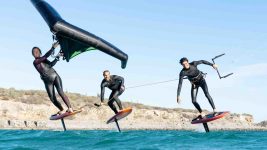 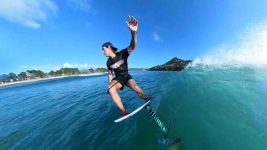 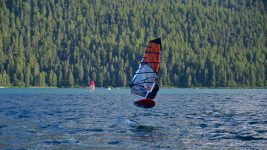 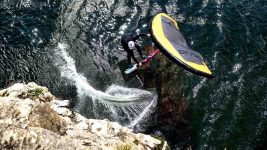 The virus spreads at an alarming rate, infecting people from all walks of life and  producing new variants faster than you can read them… Remind you of anything? We can afford to joke about COVID here because foiling has certain things in common with the pandemic, and it might even be the antidote. A flyover of the 2022 foil range by David Bianic. 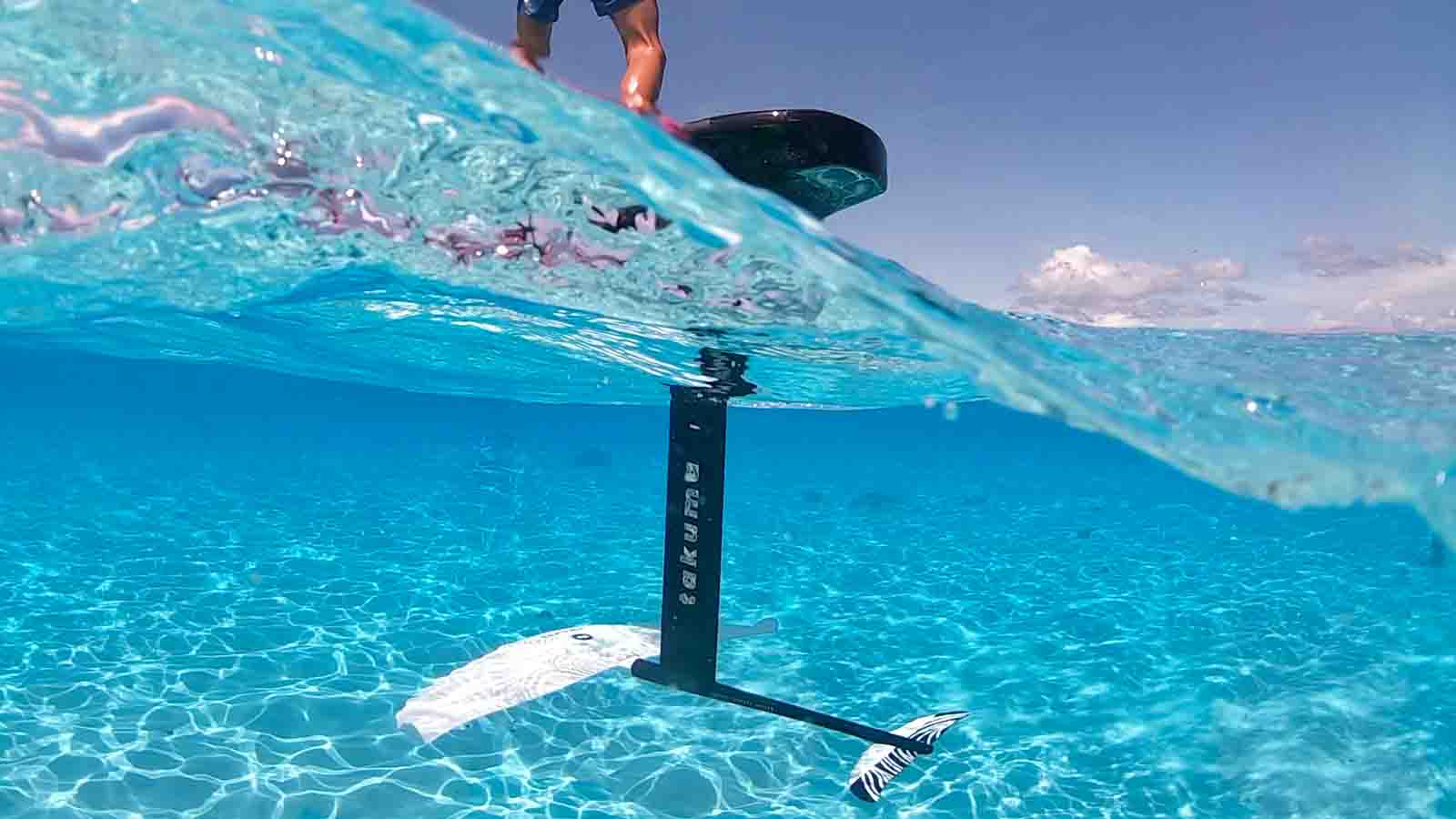 The super-fast development of the foil scene and the emergence of new sub-disciplines has forced us to take a different approach and deal with the hydrofoil systems alone to start with. Rest assured, we’ve got you covered in the next edition with more about foilboards themselves. In the meantime, it’s safe to say that the arrival of wingfoiling about two years ago gave a second wind to a sport that already had plenty in its sails. “Lots of people from different disciplines are trying the sport from old windsurfers who have not sailed in 20 years, kiters looking for something new and even the likes of John John Florence looking for fun on the windy days”, explains Mark Selvey, Manager for GB, Eire and Nordic Countries at Lift Foils. The key to wingfoiling’s success is in its reduced cost, ease of transport and accessibility, reiterates Jimmy Mazzanti, Brand Manager at SAB Foil. Olly Brunton and Andrew McGregor from Armstrong Foils reckon that instead of cannibalising the global foil market, wingfoiling only seems to boost it: “In reality though, all disciplines are helping drive the awareness and growth of sales in Hydrofoils with many existing watersport athletes extending their quiver to allow exploring other foil genres too.” 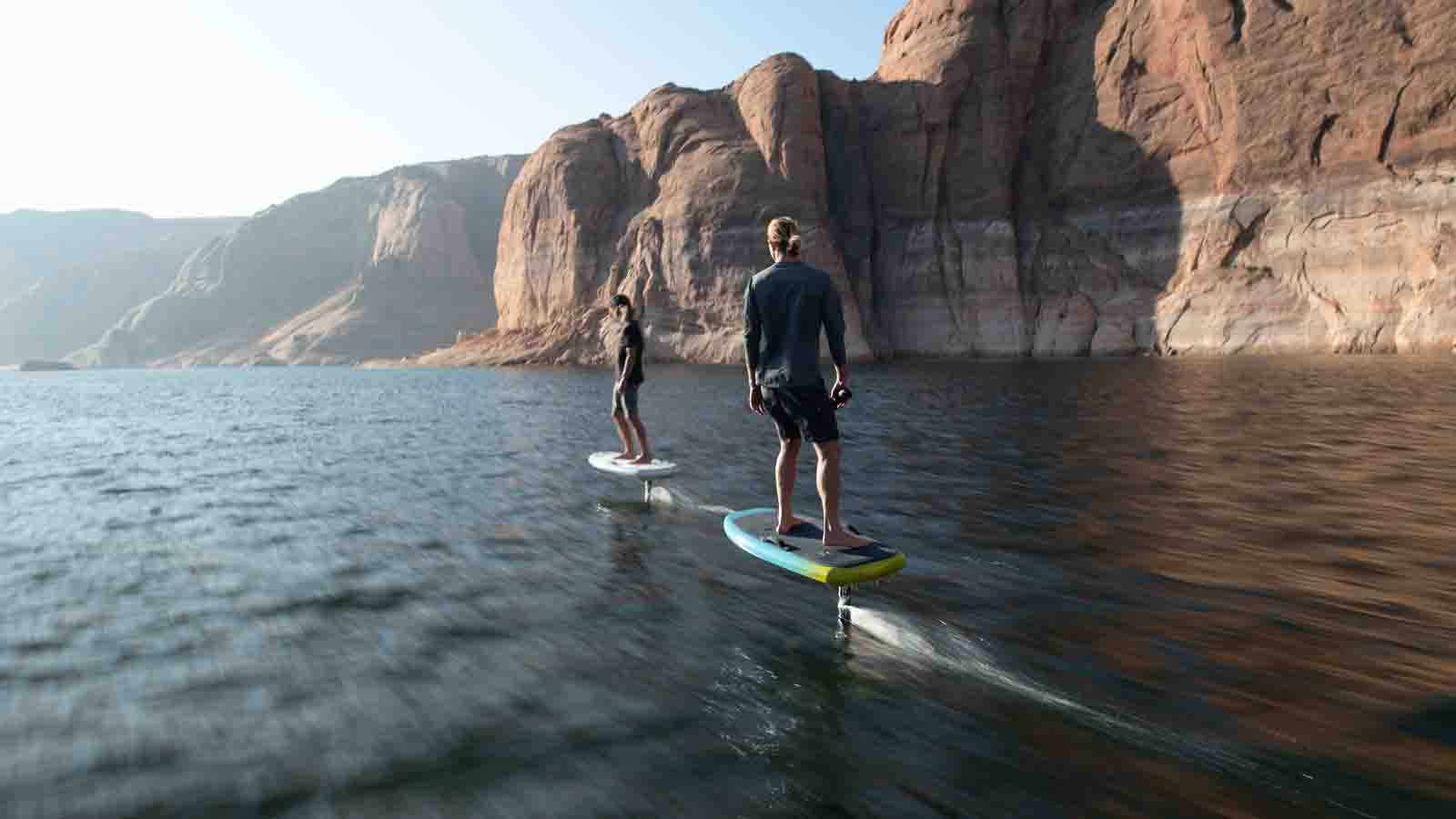 Foilboards and hydrofoils are following two opposing trends, on one side the number of different uses is increasing, requiring an equal number of suitable solutions (although all-in-one foilboards are expanding fast) while on the other, hydrofoil manufacturers are concentrating more on adjustability to meet the demands of wind, wing, SUP, kite, surf enthusiasts in one shot…and this could be just one person. “We have a modular design” explains the Armstrong Foils team, “to minimise gear required for the most amount of foil disciplines.” Another example comes from Crazy Foil and their Jet Slide, a hydrofoil with a rail-mounted fuselage so you can position the mast as you see fit, to be screwed into foilboards as well as wakeboards. It’s the same idea at Ketos Foil whose masts and fins are compatible with all of the disciplines. Slingshot are among the pioneers of this trend with their Hoverglide model, which if required “you can just switch front wings depending on wind conditions and sport type and keep all the other components the same”, explains Wind/Wing Brand Manager Wyatt Miller. Brands such as Taaroa Hydrofoil have this philosophy in common: “80% of our range is interchangeable and we are working on making that 100%!”, assures Commercial Director Antoine Ravel. When it comes to innovations in this field, Taaroa has really pushed the envelope with their iUP, advertised as the first intelligent hydrofoil. The foil changes the geometry of its front wing in realtime through electronically activated flaps! Put more simply, the wing can fold to change its surface area from 2400 cm2 to 1100cm2, numbers which allow it to take off really early, then offer high-performance once the wing is retracted. 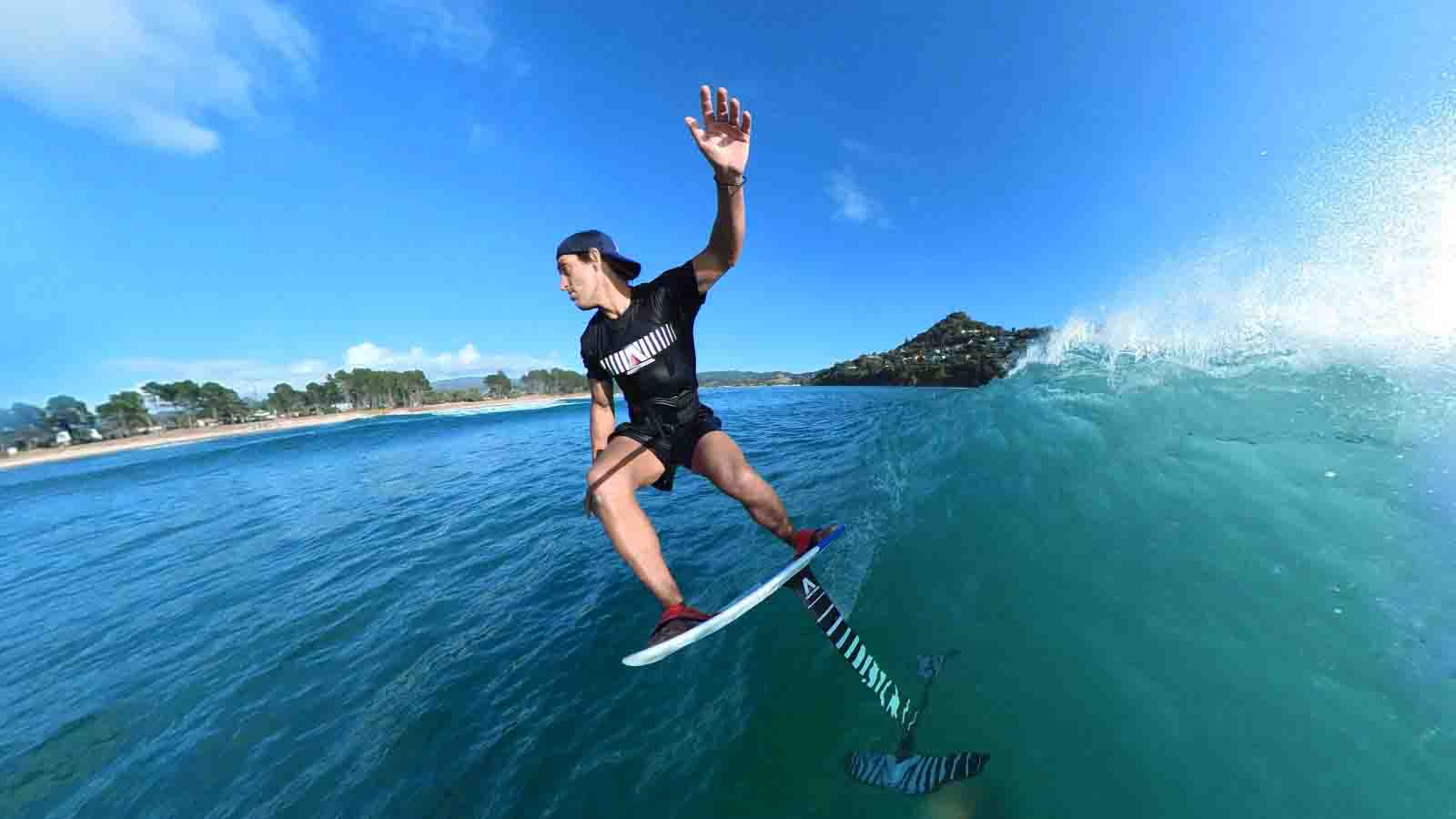 But not all brands are following this movement towards greater versatility, instead opting for ultra-specialisation. Such is the case at SAB Foil who have no less than 19 kits and 16 different front wings! Another choice comes from Lokefoil who are going all out on wingfoiling, with the discipline making up 95% of their production, reveals William Huppert, R&D Manager. 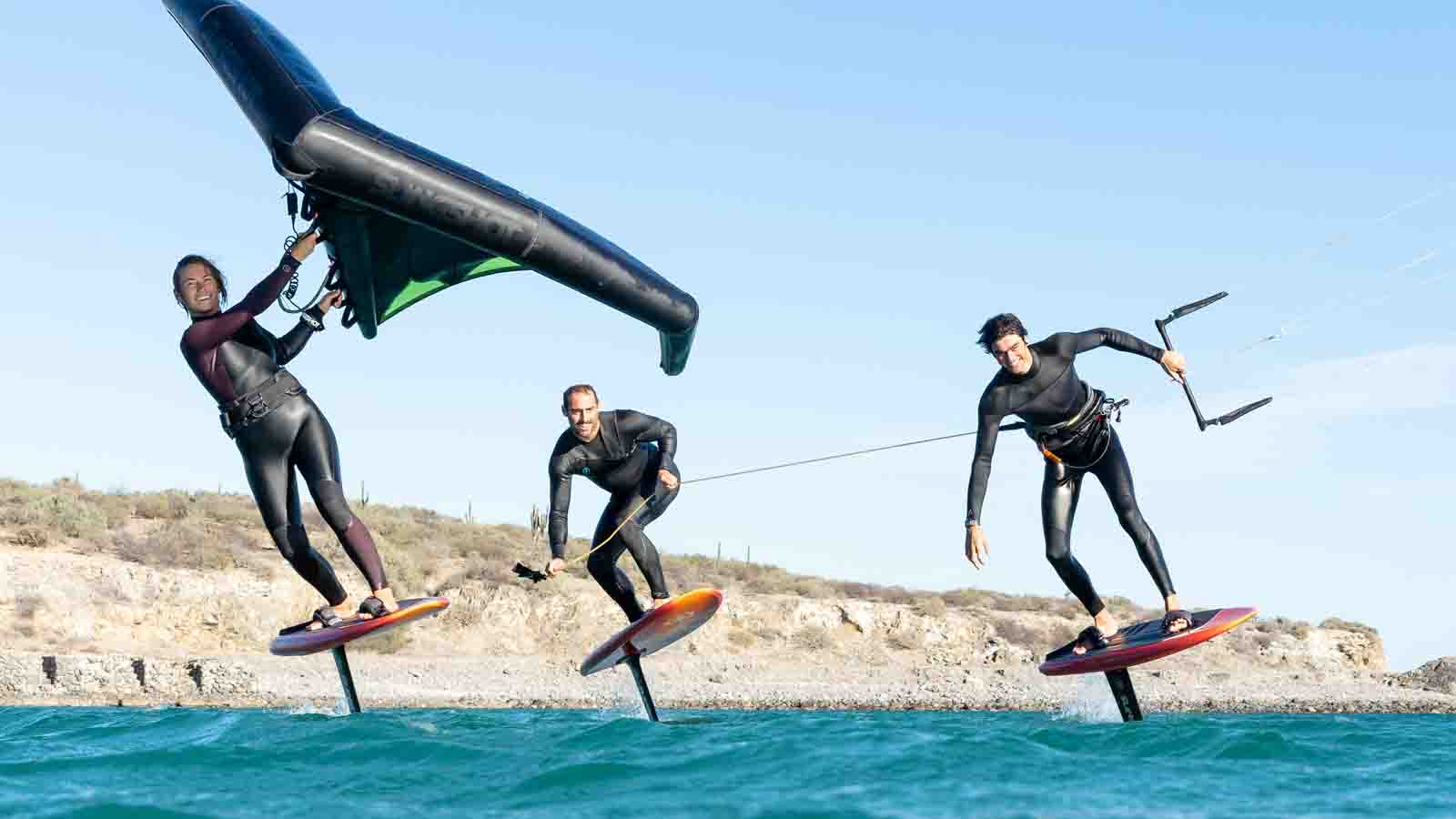 Even Slingshot are reviewing things with their new Phantasm range that will be out in August 2021, a range that’s definitely “modular”-focussed whose particularity is being sold without the mast because their depth depends too much on the eventual use and the size of the swell to be sold in a complete kit. The Phantasm line is comprised of 12 Lowers (fuselage and stabilisers) with a choice of four thin mast lengths and three thicker ones, in carbon or aluminium.

Up to now, the main criteria for wings was their length and their surface area. In 2022, brands are highlighting the importance of the shape of the wings and some are going towards “high aspect ratio” shapes, elongated, less wide shapes: “These High aspect wings in layman’s terms offer an experience like that of a Glider”, explains Mark from Lift Foils, “They provide super efficient lift and glide but can also handle speed.” But it all depends on use, reminds Mark because, “people wanting to Wing in light winds will want a larger foil than the guy pumping around a lake or prone surfing their local spot.” In these cases, size matters when it comes to hydrofoils because high surface area wings provide great access to the sport through their improved lift and stability. “A few years ago we looked at our Infinity 76 (cm wide) wing at around 1500cm2 as a HUGE wing”, recalls Wyatt from Slingshot. “Now our even larger Infinity 99 wing is our top seller.”

Other design criteria must also be taken into consideration if you think about the more original hydrofoils such as the Kujira from Takuma with their front fins that have a shape inspired by humpback whales. The aim is to provide an even easier take off and to be able to use a wing with less surface area (750 cm2 in the smallest model), which is more responsive. The front wing is seemingly the focus of all the attention but Peter Mehrhof, Foil Designer at Liquid Force, predicts an imminent change: “The tail wings are such an important part of this puzzle” and innovation in this area “is going to unlock a lot of new ideas and designs as well as material alternatives”.

Carbon output does not seem to be one of the foil world’s greatest concerns. Joking aside, full-carbon seems to be the preferred choice for the majority of brands, even though alternatives do exist. For example, Armstrong have gone for double premium with their carbon-titanium construction and many are offering cheaper options such as aluminium, mainly for the masts. There’s no shortage of innovation at Takuma who are offering their Kujira foil in a Helium version with a front wing in helium foam and the rest of the components in carbon composite or aluminium. The result is price containment, “the most cost-effective/user-friendly performance foil currently available”, proclaims Marketing Manager Lucy Allnutt. At Taaroa, they reckon that “new materials such as injected plastic will shake up the industry and will participate in making hydrofoiling even more accessible”, predicts Antoine Ravel. 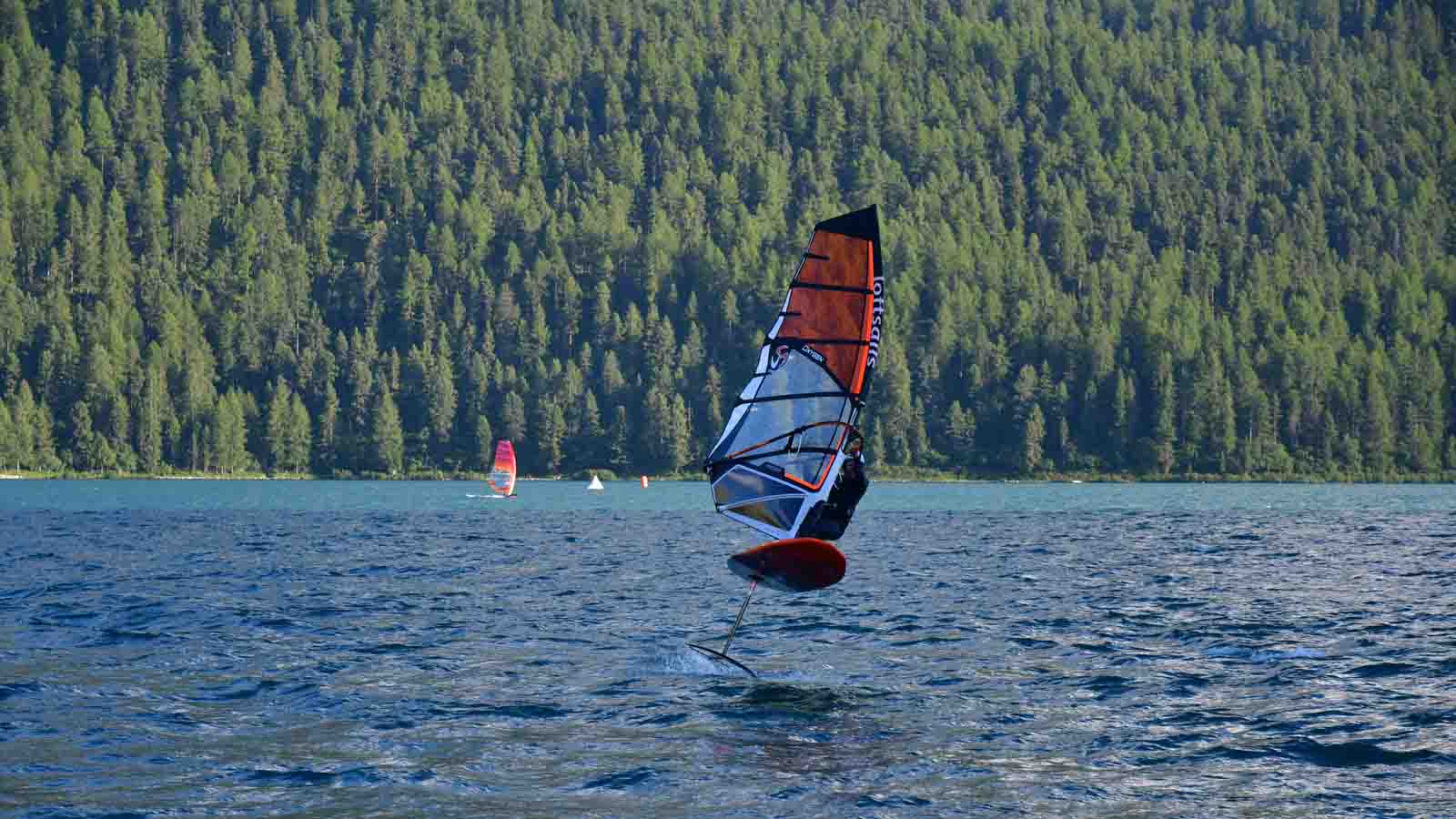 For purists of the boardsports world, the idea of motorised foils – even electrically – isn’t to everyone’s liking. But even elite athletes like Kai Lenny or Keahi de Aboitiz say that the eFoil is an absolute buzz, an infinite ride we all dream about. “Efoil is an activity in itself” explains Lucy from Takuma but it’s also “an amazing pedagogical tool to learn how to foil” and to go onto classic hydrofoiling afterwards. An example comes in the form of the Lift3 from Lift Foils, which allows people to ride a 5’4” Cruiser board (or 4’2” for the Pro model) with up to 120 minutes’ autonomy and maximum speed of nearly 50km/h! 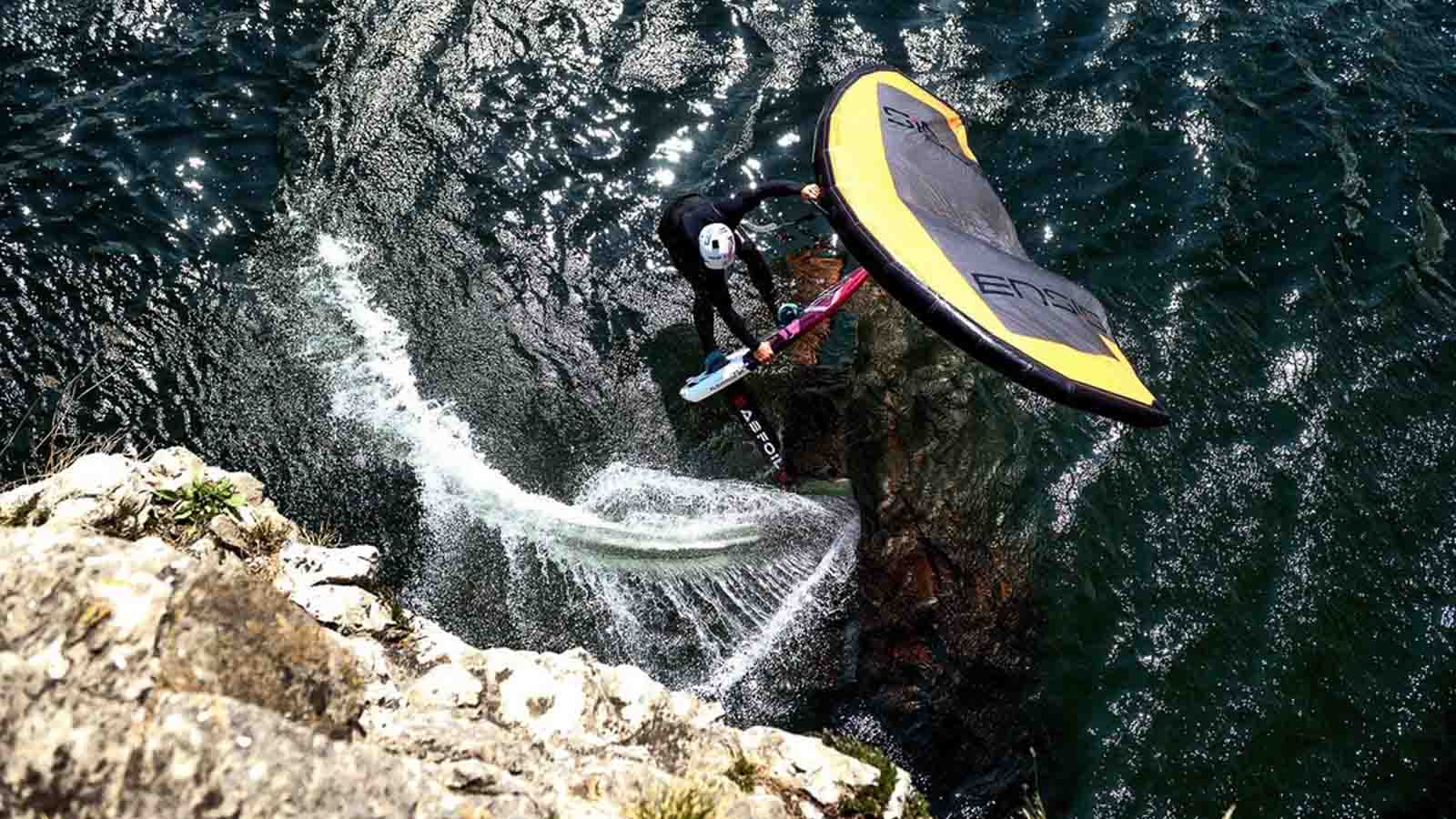 Faced with this debauchery of innovations, brands are doubling their efforts to support retailers and to educate them. Beyond the digital platforms now adopted by all of us, brands are lending themselves to on-site clinics (SAB Foil), online assistance (Armstrong, Slingshot, Taaroa, Takuma), phone helplines (Crazy Foil) and email: “They can contact me directly! [email protected] Everyone knows now. I might regret that someday”, admits Peter from Liquid Force laughing. 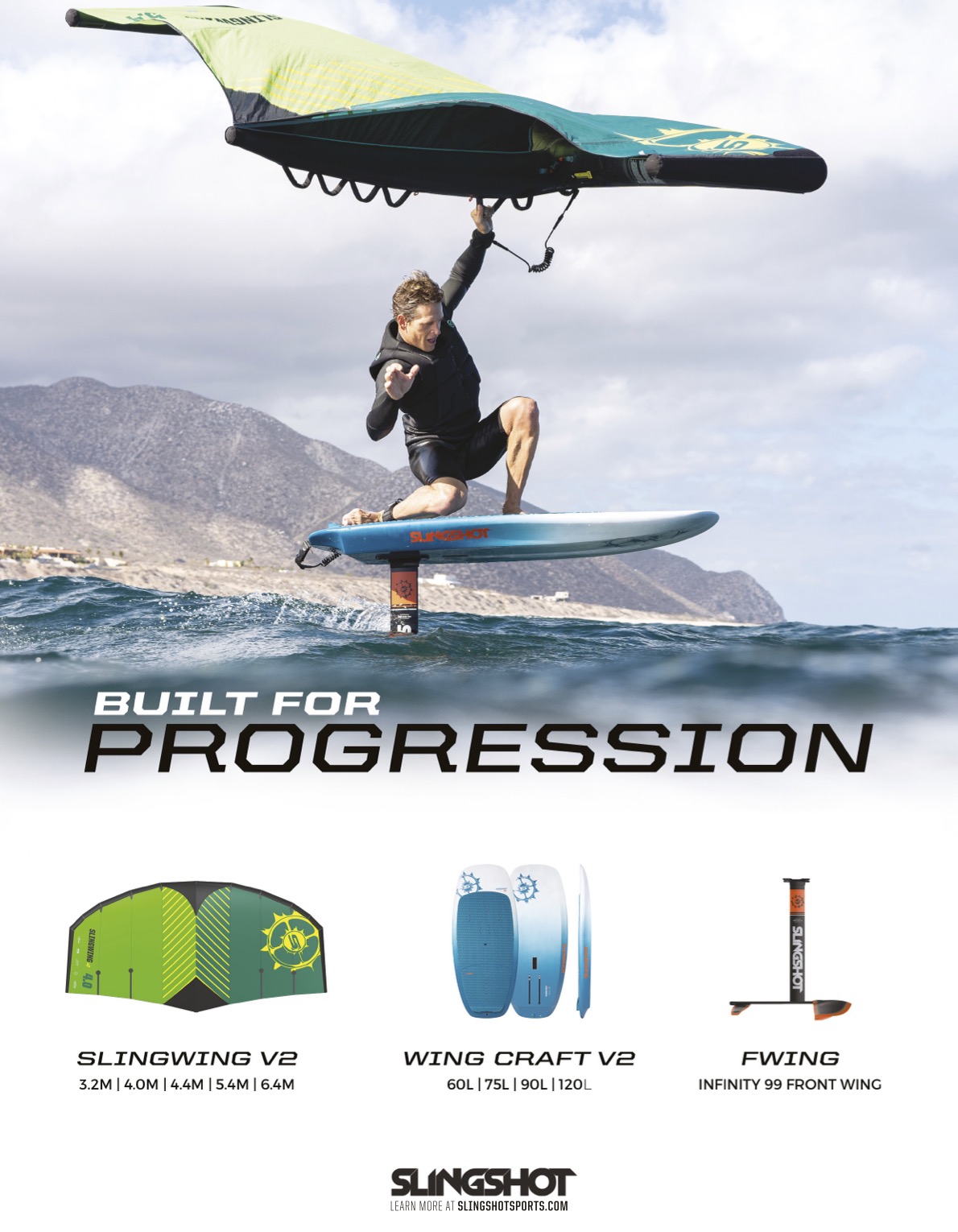 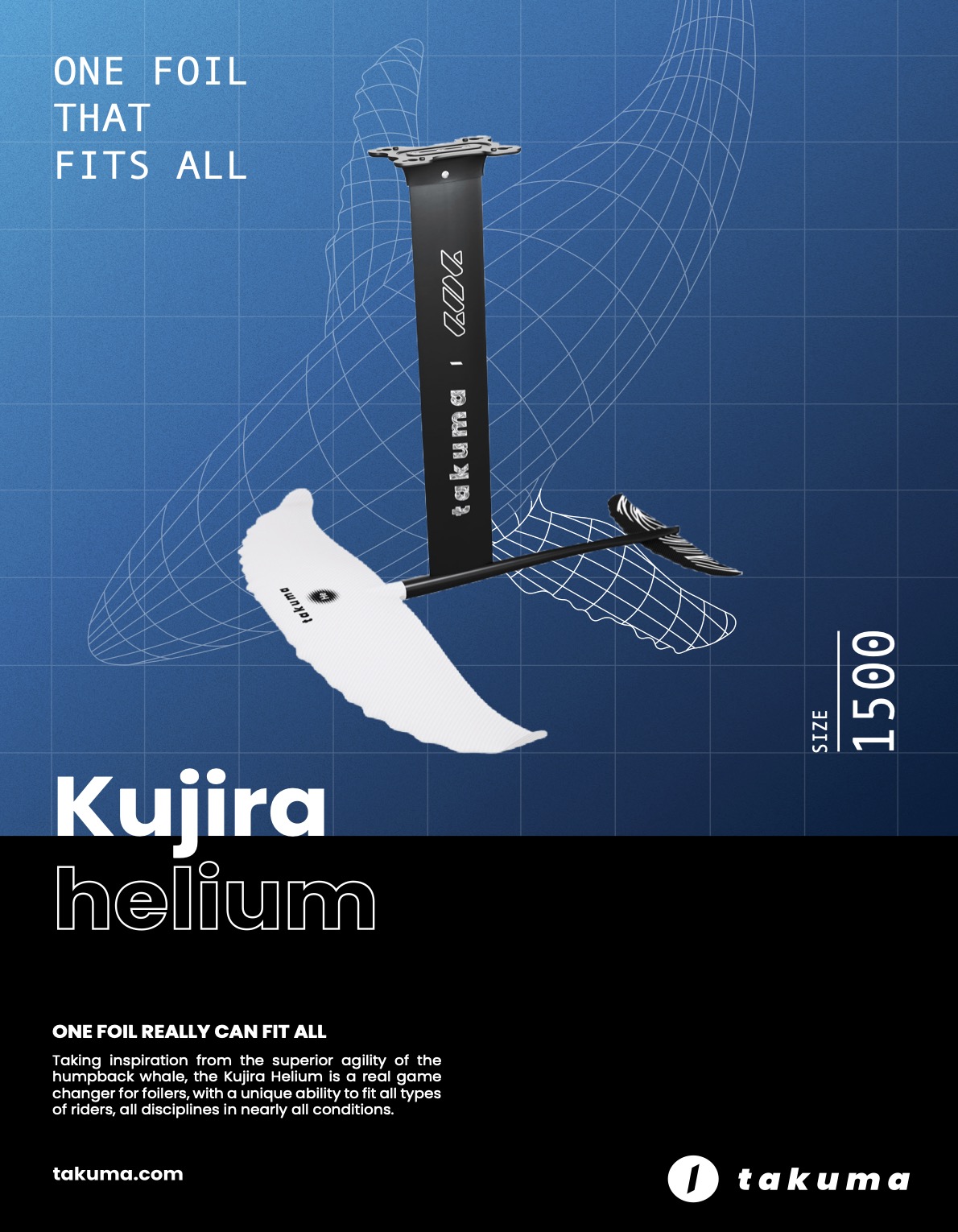 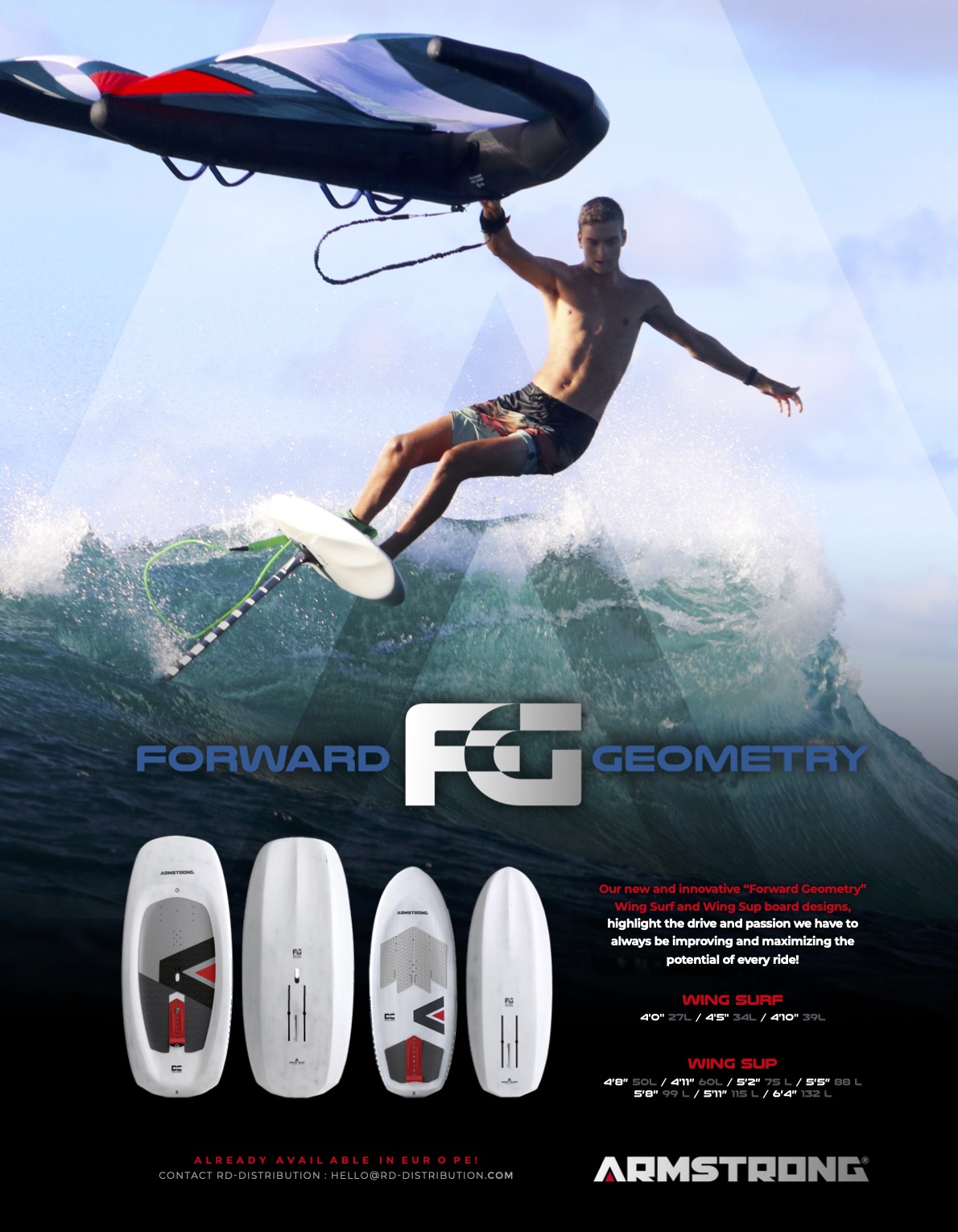