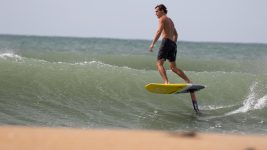 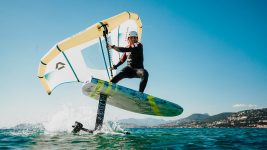 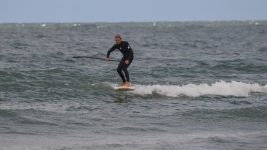 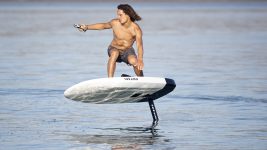 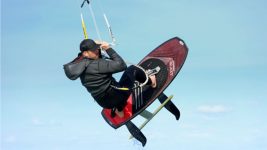 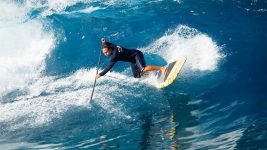 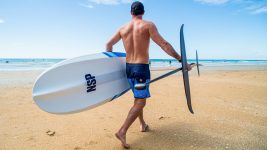 Unlike other boardsport families that have been around for decades, foils are yet to convert the “wow factor” into “how factor” or indeed “how much?”. Basically, it needs to pass beyond the admiration phase before it can activate the participation phase. Foil trends 2021 with David Bianic. 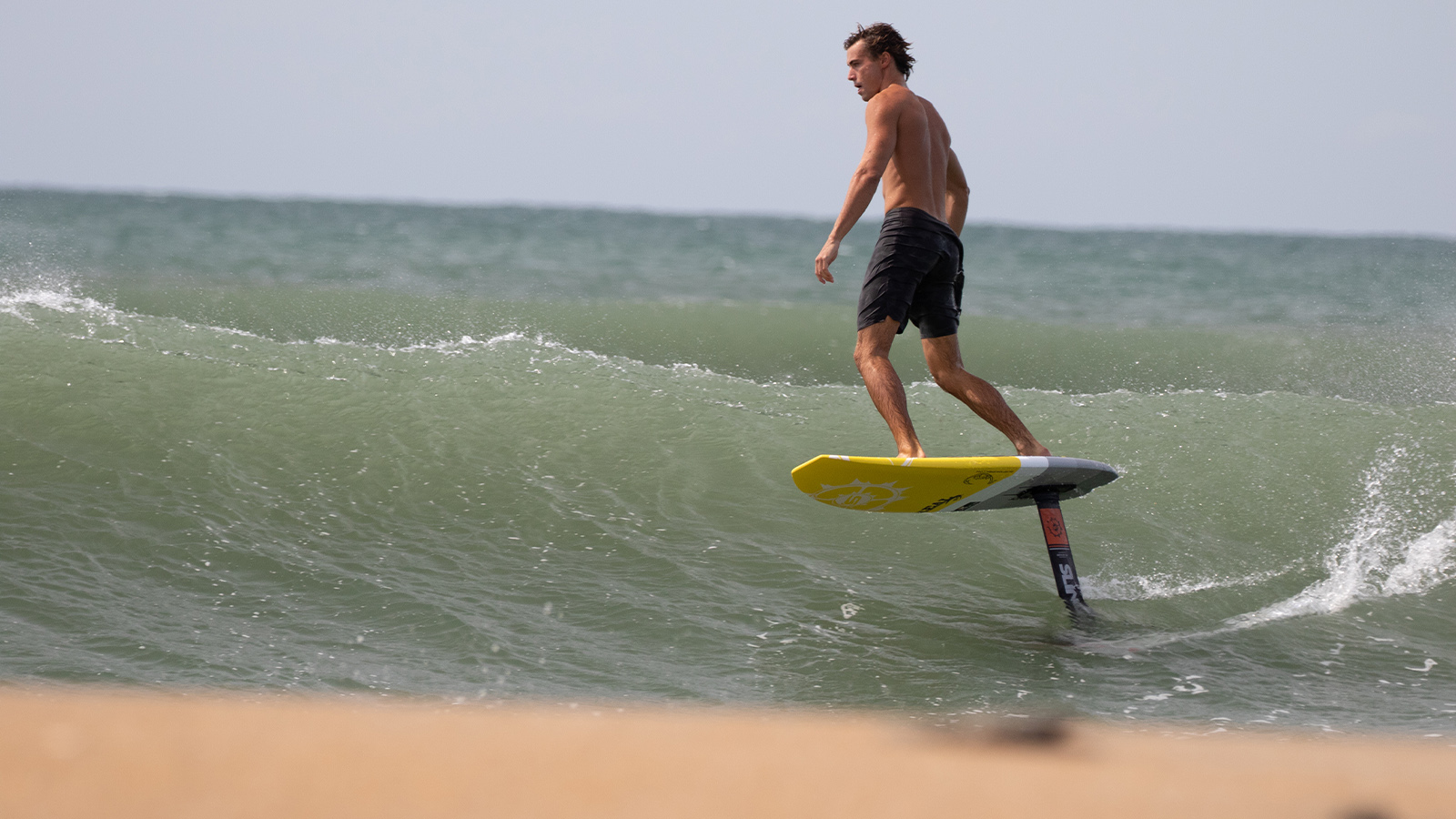 As magical as it is to see, foils have been slow to attract the wider public, as confirmed by Catherine Blanchet, General Director and Engineer at Crazy Foil Canada: “The trend is spreading but still slower than it should, mainly because of the price barrier.” Like others, Crazy Foil are opting for direct sales. “Chopping the price by 50% has attracted more teenagers and very young adults”, reveals Catherine, whereas previously foils “appeared only to be accessible to 40 and up”. In expanding the participant base, another factor is how easy it is to pick up and play as explained by Philippe Caneri, CEO of Horue: “Customers are more beginners than a few years ago. This is explained by the product’s target: our products are easier than in the past, and we work hard on the safety aspect of the foil so we don’t scare new customers and particularly beginners.” All the brands we asked agreed in saying that the biggest growth lever for the sport rests in wingfoiling, the latest addition to the family. “Initially it was quite a niche market, especially in SUP/Surf foiling, as it´s quite technical to do – Wingfoiling has rapidly opened the foiling market up to people, especially on flat water locations and for people with windsurfing and kiting backgrounds, as well as SUP/prone surfers looking to expand their water time on the non-glassy days,” recounts Craig Gertenbach, Brand Manager at Fanatic. By taking a new turn just a few years after its appearance, will foils finally win over the wider public? Answers from interested parties in this Foil Buyer’s Guide 2021. 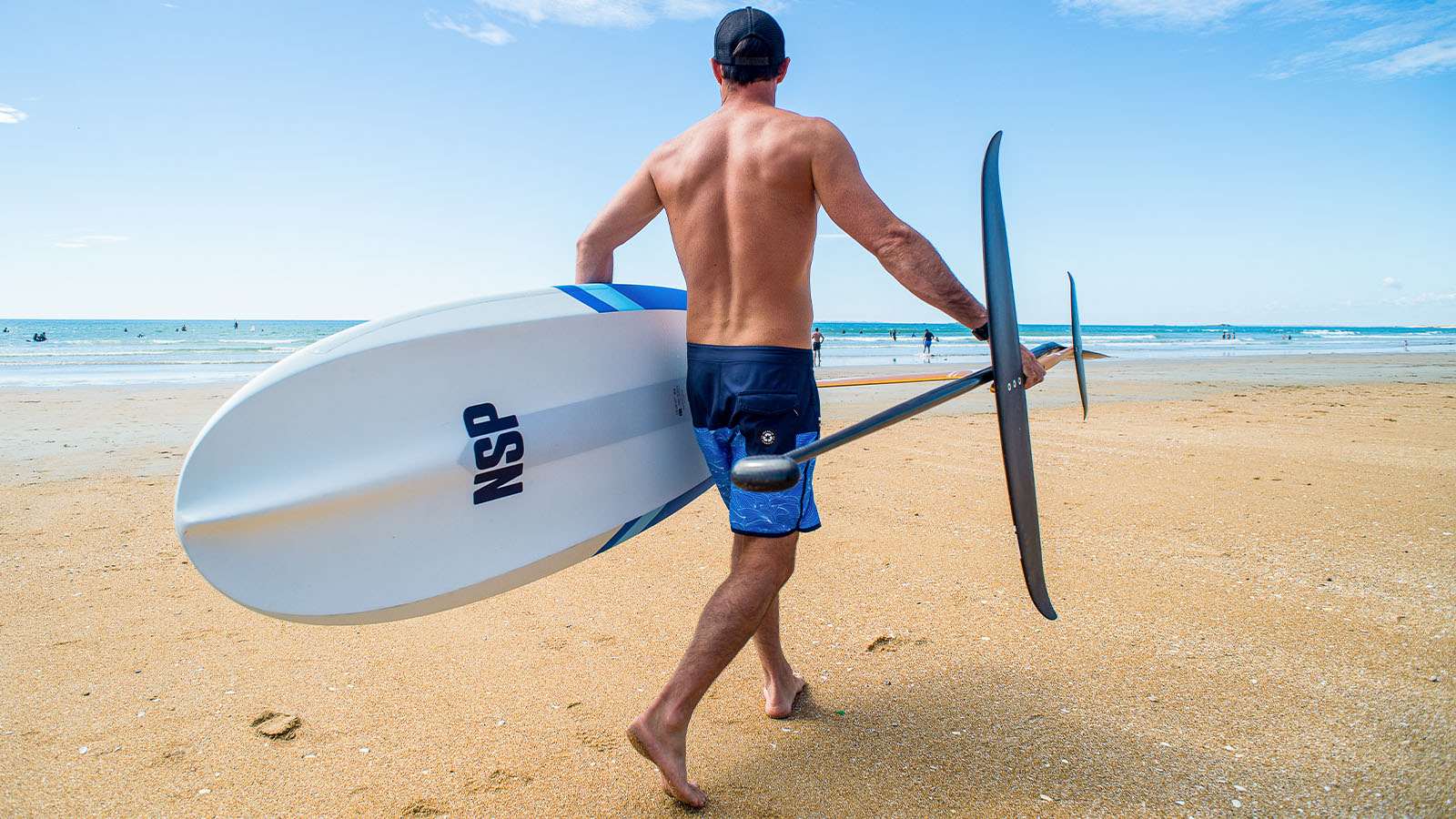 FOILBOARD TRENDS 2021: VERSE-A-TILITY
Brands like Fanatic and F-One launched the trend three years ago: multi-use foil boards, real Swiss army knives suitable for SUP, surfing, windsurfing, wings and kites… Success had arrived and for some people like Andy Wirtz de Norden, it was above all a question of budget. “The surfer, or windsports rider of today is usually into many other water sports and therefore needs more equipment but still only has the same budget available.” While he welcomes this trend, Andy does hold some reservations: “I think to combine sports in one board can be still functional, more than that it will be questionable.” Rather than dreaming of the perfect board able to do everything, Takuma have divided their range into two families: on one side are the prone foilboards (surf, wake, kite) and on the other are SUP/Wing/Downwind boards. Indiana has released a versatile platform for all riding skills, a 7’8’’ Stubby Foil SUP which serves as a Swiss Army knife (makes sense, the company is located near Zurich) aimed for SUP surfing, SUP foiling, wing & wind foiling: “Thanks to its finbox in the middle of the board, that helps wingers and windsurfers going upwind without a foil”, says Maurus Strobel, founder & CEO. The shapes have gradually synchronized around a compact form with blunt nose, in the mould of the E2 collection from Kalama Performance, distributed by Olivier Madar in Europe. It’s the construction that determines the use, from PVC or carbon sandwich (wing/SUP foil) to traditional glass with carbon reinforcements (surf foil). 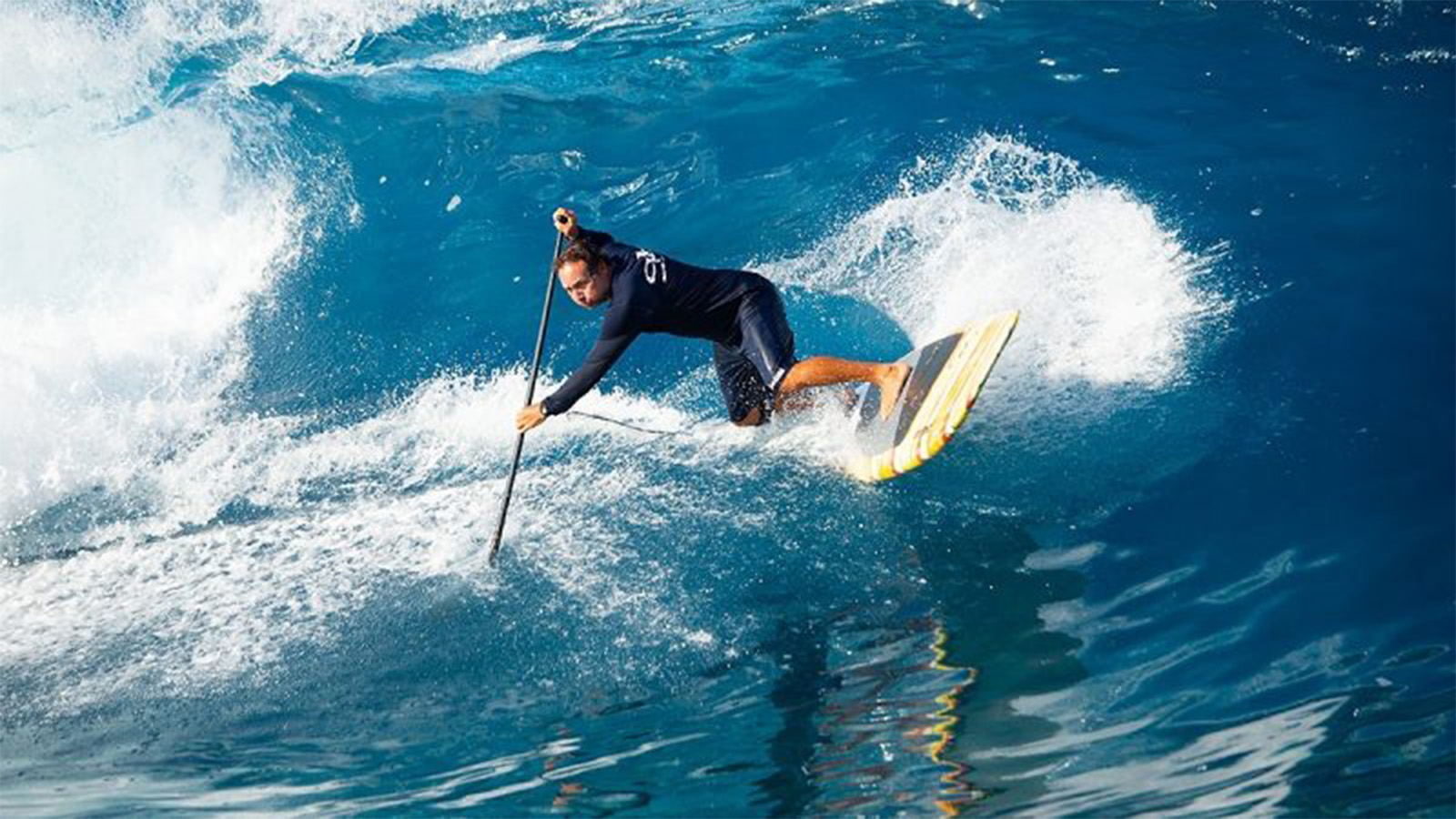 To cater for this trend towards multifunction boards, the foil systems have become real little Lego sets with interchangeable pieces to meet the demands of the different uses. Surface area of the wing and stabilisers, length of mast and fuselage, the combinations are endless! The Hoverglide foil from Slingshot is an example of this trend, “a 5 sport modular system that allows you to mix and match parts to create your ideal setup,” explains Alex Fox, Brand Manager for the Wing and Windsurf divisions. Each part is then compatible with any other, whatever the sport. The idea is also to keep an eye on the medium term so we don’t end up with obsolete equipment after a couple of years. This is particularly the case at Takuma: “You can have a Lol Profoil 1600 purchased in 2019 and purchase a Kujira set (front and back wings) to put on it …”, assures Sylvain Aurenche, International Commercial Director. We are also thinking about the Jet Slide foil from Crazy Foil where you can move the mast backwards or forwards on the fuselage to suit the needs and style of the individual. Since 2020 the brand have been selling foils with two different front wings “to cover all the winds (speeds) with only one hydrofoil.” As far as materials are concerned, full carbon setups are not the sole option anymore, as cheaper products are made available: “Our wings are very light in pvc foam and carbon pressed in a steel mold. The fuselages and masts are made out of aluminium which makes them very stiff and solid”, explain Maurus as an example. 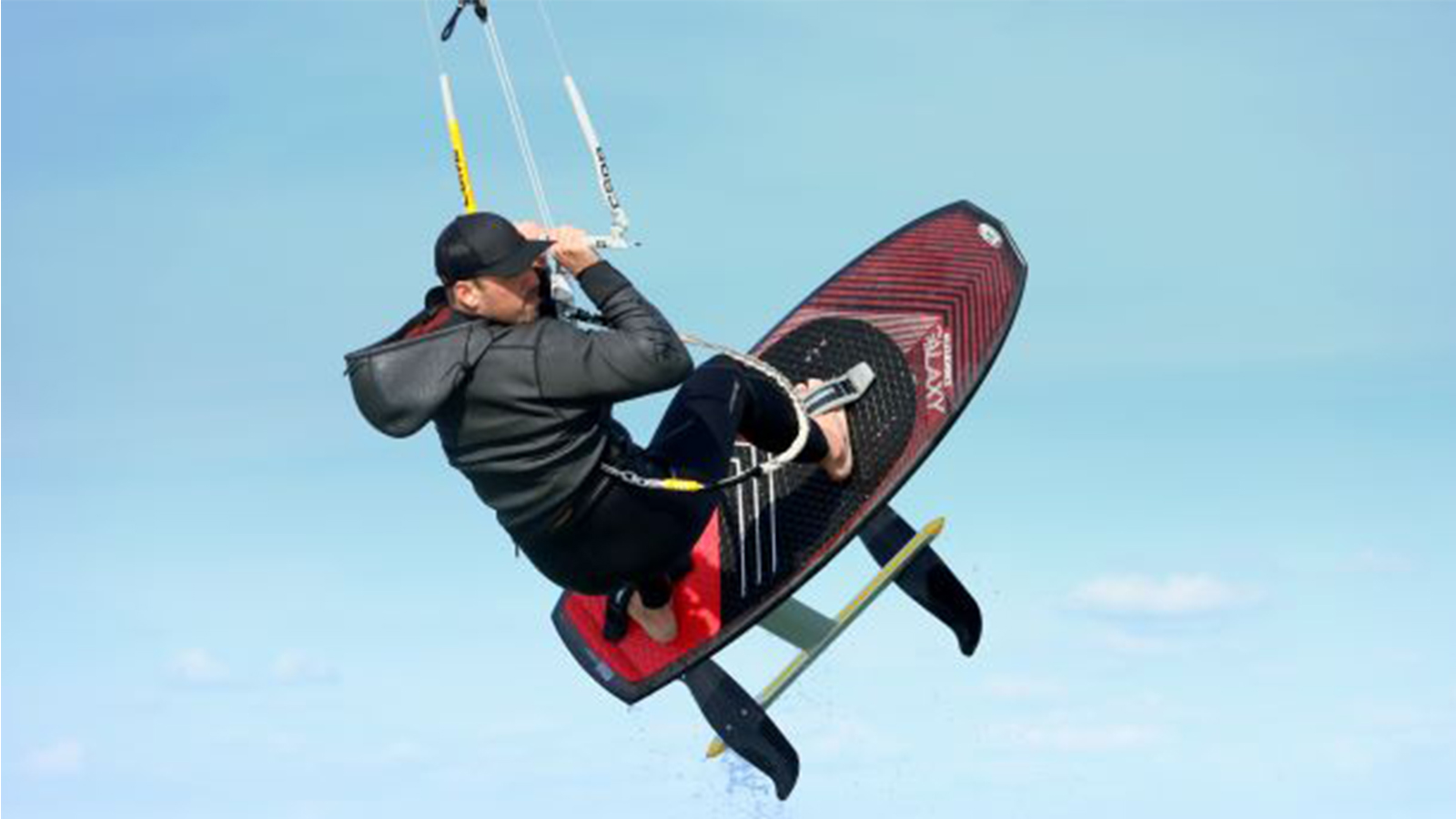 At first, the newcomer to the foil family didn’t seem to be destined for a great future. Adding a kitesurf wing but without the bar or lines or harness, the wing was bound to complicate foiling, which was already pretty technical, right? Not at all, quite the opposite. “Wingfoiling is certainly the easiest of the 5 main foiling sports (WS, Kite, SUP, Prone, Wing), in terms of skill set, range of conditions and relatively small gear,” reassures Craig from Fanatic. Philippe at Horue goes down the same route and, in his opinion, wingfoiling “takes the advantage of both windfoil and kitefoil, without their disadvantages”. It was wingfoiling that got Andy de Norden into foiling and for him, this discipline will not be cannibalistic to the other foil sports: “I think once people get into Wingfoiling, they quickly get interested in Surf- and SUP foiling as well and will learn this much quicker.” Alex from Slingshot supports this sentiment, reminding us that you don’t need any lessons and that the wing is really secure: “What we see is that kids have a total blast just playing with a wing on the beach […] or pairing it with a skim board or skateboard.  They learn a ton about the wind and how to control the wing while they are just out there playing without any need for formal instruction.” One of the signs of wingfoiling’s success is the number of “hardcore” surfers that are getting into it, assures Sylvain from Takuma, getting over their snobbishness for all things wind. With brands such as Slingshot (www.foil-academy.com) and Fanatic offering clinics/demos online and in the field, the market players all reckon its time for retailers to dip their toes in and get to know the sport better and so sell better. “At our last global dealer meeting we arranged training and demo sessions for all distributors to get up and foiling”, says Caren from NSP. Don’t miss the next flight my friends!